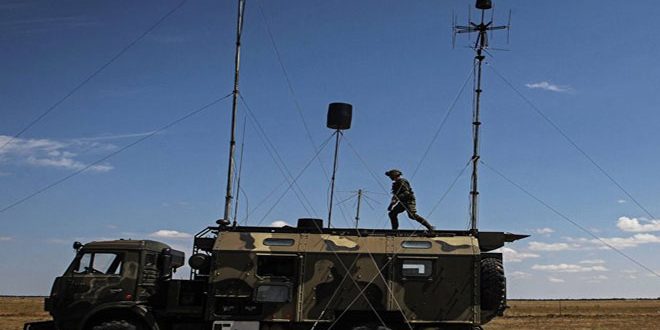 According to the Russian newspaper Izvestia, the electronic warfare equipment arrived at Hmeimim airbase near Lattakia on Monday, aboard an Il-76 transport aircraft.

The newspaper said that the systems were intended to disrupt airborne radar, aircraft communication and controls and satellite navigation systems used in attack jets, drones and guided munitions.

“The operators will be able to project a protective radio-electronic dome over hundreds of kilometers over Syria and along the coast of the Mediterranean Sea,” the newspaper added.