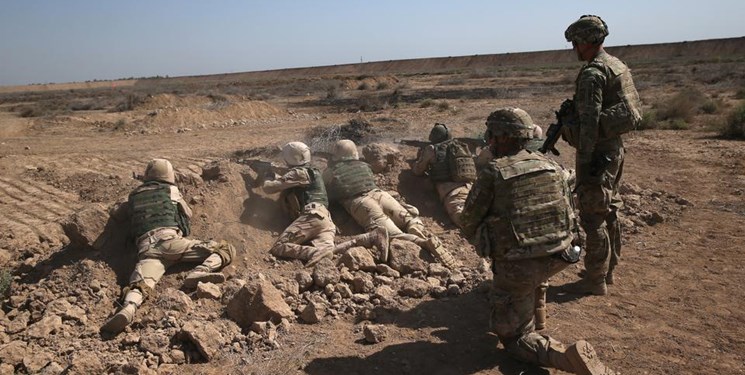 TEHRAN (FNA)- A military base in Northern Iraq that hosts United States troops has been hit in a rocket attack, the latest to target Washington’s presence in the country.

It took place days before Iraqi Prime Minister Mustafa Al-Kadhimi is expected to meet US President Joe Biden at the White House on Monday to discuss a possible full US troop withdrawal from Iraq.

“An unmanned aerial system impacted a coalition base in Kurdistan” in the early hours of Friday, Coalition Spokesman Colonel Wayne Marotto said in a statement on Saturday.

“There were no casualties and no damage as a result of the attack,” he said, adding “the United States and coalition forces will stay vigilant and maintain the inherent right to self-defence.”

It was the latest in a spate of attacks on US military and diplomatic facilities in Iraq and Syria.

Earlier this month, two dozen rockets were fired towards the Ein Al-Assad base in Western Anbar province that houses Iraqi and US forces, an assault that wounded two service members.

Meanwhile, the US has carried out several air raids over the past few months against Iraqi forces in response to the attacks.

In June, the US military said it targeted operational and weapons storage facilities at two locations in Syria and one location in Iraq, reportedly killing at least five fighters and wounding several others.

The US still has about 2,500 personnel deployed in Iraq out of 3,500 men in the international coalition set up in 2014 to fight ISIL (Daesh or ISIS).

The Iraqi Resistance Coordination Committee on Friday threatened to continue the attacks unless the US withdraws all its forces and ends the “occupation”.

Most of the US troops deployed as part of the coalition, which helped defeat ISIL in Iraq in 2017, were withdrawn under former US President Donald Trump.

Those who remain are officially classed as advisers and trainers for Iraq’s army and counterterrorism units.