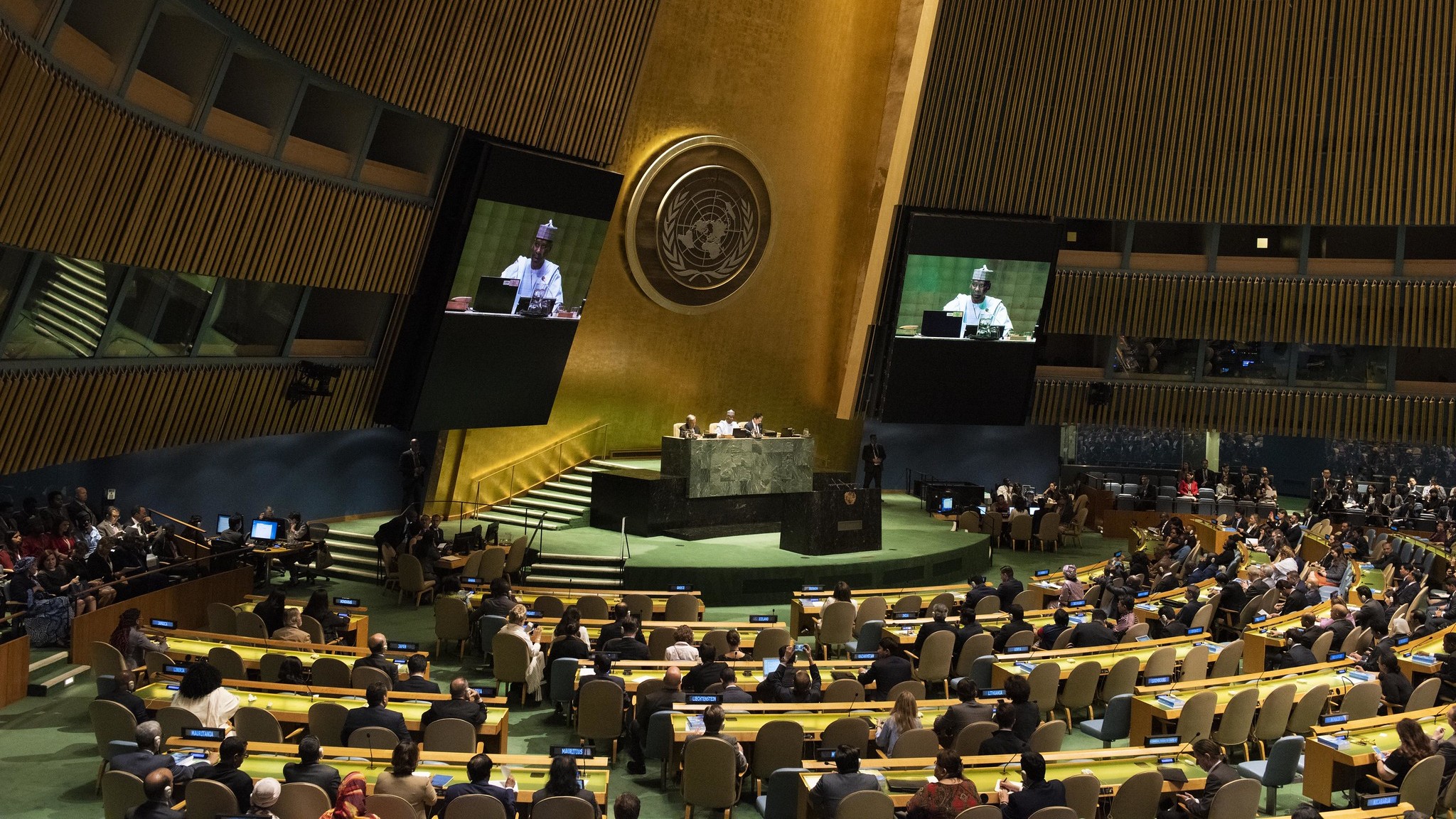 On 7 December, the UN General Assembly urged Israel to take “immediate steps” to give up its nuclear arsenal and join the Treaty on the Non-Proliferation of Nuclear Weapons (NPT).

During the Assembly’s Fifth Committee meeting, 149 nations voted in favor of the removal of Israel’s nuclear weapons, a slight decrease compared to October’s veto, which had a 152-5 vote.

Last committee meeting, Ukraine had voted against Israel, but remained absent this round after receiving heavy criticism from Tel Aviv.

The resolution demands that Israel refrain from developing or testing its nuclear weapons and “renounce possession of nuclear weapons.” The NPT seeks to place Israel’s nuclear facilities under the supervision of the comprehensive International Atomic Energy Agency Safeguards.

The resolution was initially proposed by Palestine and backed by 20 other nations, many of which are Israel’s regional allies, such as Jordan, Egypt, Morocco, Bahrain, the UAE, and Sudan.

Israel seeks to pursue a policy of deliberate ambiguity regarding its nuclear arsenal, as it is estimated that Tel Aviv has access to 200 to 400 nuclear weapons.

Israel has never received pushback from the International Atomic Energy Agency (IAEA), unlike Iran, which has been obliged to receive heavy surveillance from the agency on behalf of the international community.

This development comes as part of recent efforts to revive the Tehran-Washington nuclear deal initially devised in 2015 under Barack Obama’s government and later scrapped by Donald Trump’s administration in 2018.

Back in September, Iran and the IAEA restarted negotiations over the alleged issue of uranium traces. Tehran responded to the claims, calling it a fabrication by Israel, and accused Tel Aviv of hijacking the IAEA.

The US has continued its aggressive, illegal, and indiscriminate sanction policy against Tehran, reinforcing the Iranian suspicion that Washington was never serious about the deal.