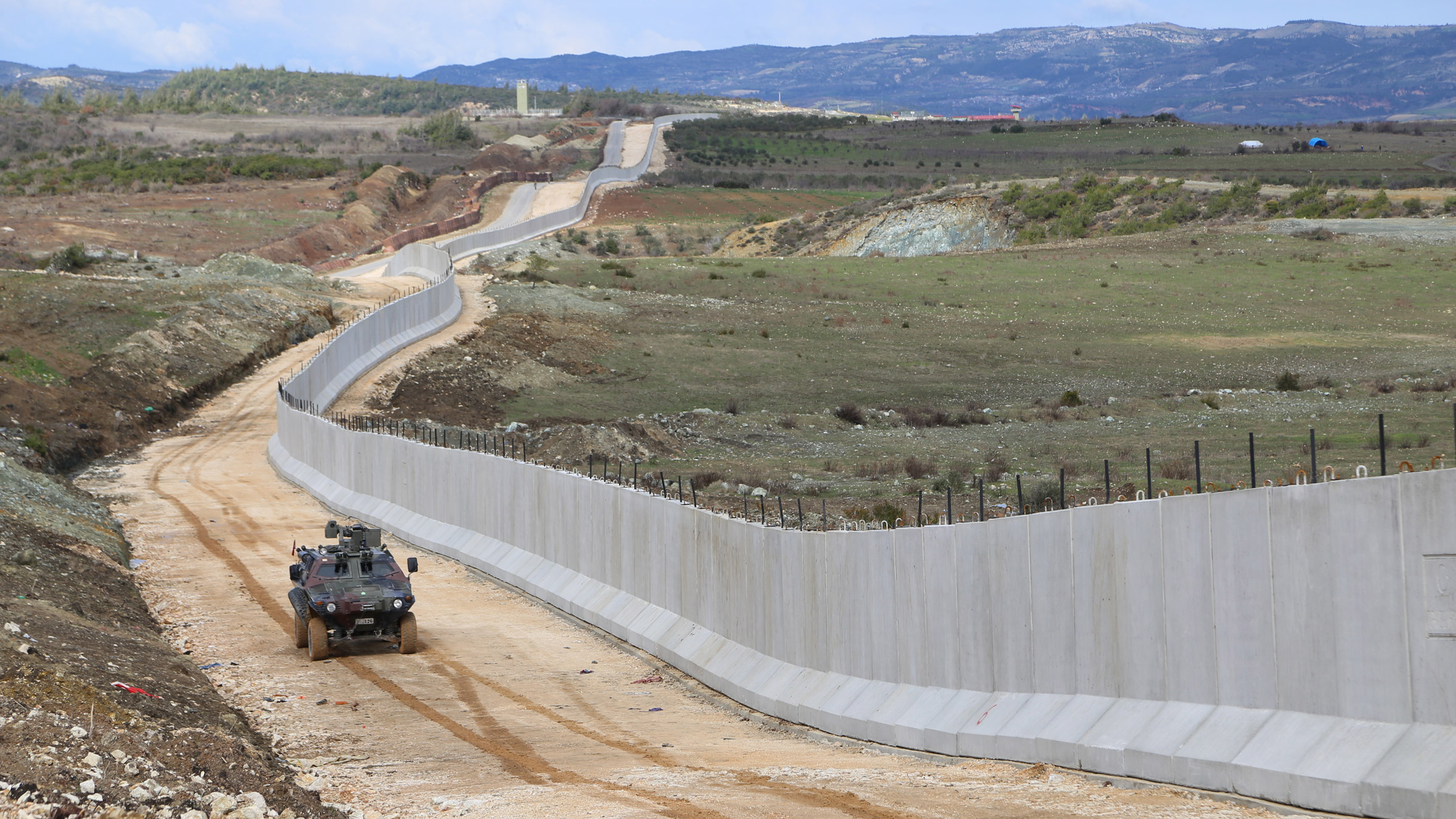 Turkey will be completing the security strip along its southern border, which is 30 kilometers deep into Syrian territory.

Turkish President Recep Tayyip Erdogan on Saturday said that Turkey will be completing the security strip along its southern border, which is 30 kilometers deep into Syrian territory.

Erdogan, speaking at a meeting in southern Sanliurfa province, said that the attacks (by namely the Kurdistan Workers’ Party – or the PKK – and the YPG, which is the PKK’s branch in Syria) will not deter the country from its determined stance on securing its southern border: “We will definitely complete the 30-kilometer-deep security corridor that we are establishing along our southern borders, attacks will not dampen our resolve,” he said.

Since 2016, Turkey has engaged in three anti-terror operations in northern Syria – which have also consequentially resulted in the occupation of the region. The operations are Euphrates Shield (2016), Olive Branch (2018), and Peace Spring (2019).

The PKK is listed as a terrorist organization by Turkey, the European Union, and the US, and it has been responsible for the deaths of 40,000 civilians according to Turkey.

Erdogan underlined on Monday that Turkey is committed to destroying the Kurdistan Workers’ Party (PKK) “until its last militant is neutralized.”

He further stressed Turkey’s determination to establish a 30-kilometer-deep (18.6-mile) security strip next to its borders, on Syrian soil, claiming that it is something Turkey previously sought to do with US and Russian cooperation on its southern border.

“We do not need to get permission from anyone while taking steps concerning the security of our homeland and our people, and we will not be held accountable to anyone,” he stressed.

The Turkish President said no one will be able to force Turkey into any position against its own interests in political, diplomatic, economic, and military terms through what he called “empty threats”.

He also claimed that no side should be disturbed by Ankara’s offensives, which are aimed at “expanding the circle of security and peace.”

“We do not have to tolerate the hypocrisy of those who support registered terrorist groups with naming-change games,” he said, adding that it is unacceptable for a number of countries to support PKK militants in northern Syria.