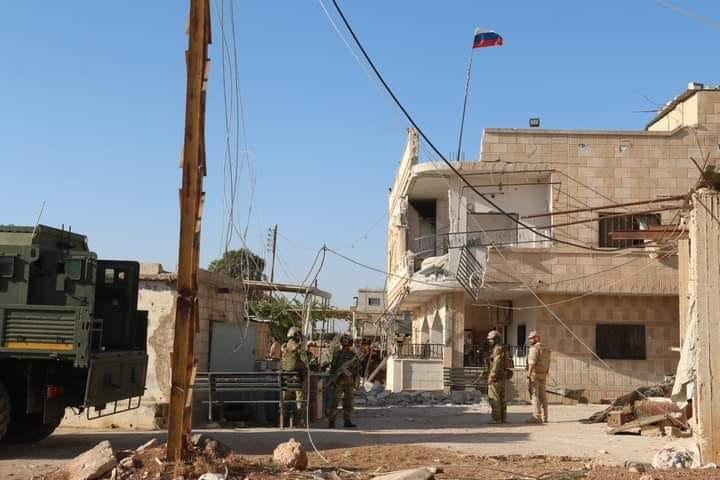 Russian military police accompany SAA troops into Deraa al-Balad. (Photo credit: @syrseal44)
Moscow has been mediating talks between Damascus and the Kurdish groups present on the border with Turkiye

On 30 November, Russia reportedly sent reinforcements to the Tal Rifaat region, about 15 kilometers from the Turkish border. The region is under the control of the US-backed Syrian Democratic Forces (SDF).

Moscow’s move is a response to a looming Turkish ground invasion, which seems more likely after Turkiye sent reinforcements to the Syrian border and advised the Syrian National Army (SNA) to prepare for an attack.

According to The Syrian Observatory for Human Rights (SOHR), Russian forces have increased their presence in Kurdish-controlled areas since Turkiye launched a series of airstrikes on targets in northern Syria and Iraq in response to a bomb attack in Istanbul.

Residents from Tal Rifaat reported that Russian reinforcements have arrived and set up new barricades between Kurdish and pro-Turkish areas in the region. According to Al-Arabiya news, Tal Rifaat, which is controlled by Kurdish forces, is surrounded on one side by the Syrian army, and on the other by Turkish-backed opposition forces.

The Syrian Observatory for Human Rights (SOHR) also stated that Russian forces had consolidated their presence at the Menagh military airport close to Tal Rifaat, controlled by the Syrian Arab Army (SAA).

SOHR also noted that the Russians are reinforcing their forces near Kobani. “The purpose of these reinforcements may be to hinder or delay the Turkish military operation,” SOHR security official Rami Abdel Rahman told AFP.

Anonymous Turkish sources also revealed to Al-Quds Al-Arabi on 30 November that serious talks mediated by Russia are taking place to ensure the withdrawal of the Kurdish units and the deployment of the Syrian Arab Army on the border with Turkey, in an effort to prevent the Turkish ground offensive.

Russian military officials have reportedly been meeting with senior SDF commanders on a regular basis over the past few days.

A Russian military base was reportedly struck on 23 November in the latest wave of Turkish air strikes in northeast Syria, according to a Kurdish official.

The air strike, which targeted a base in the Hasakah province, reportedly killed one Kurdish fighter belonging to the Syrian Democratic Forces (SDF) and wounded three others, said SDF chief Farhad Chami.

The Turkish military struck nearly 500 Kurdish targets in Iraq and Syria since it began a series of airstrikes as part of Operation Claw-Sword, Turkish Defense Minister Hulusi Akar said in a press conference, according to The New Arab.

On the other hand, on 22 November, the White House National Security Council coordinator for strategic communications, John Kirby, endorsed Turkey’s attacks on northern Syria, saying the country has a right to defend itself. 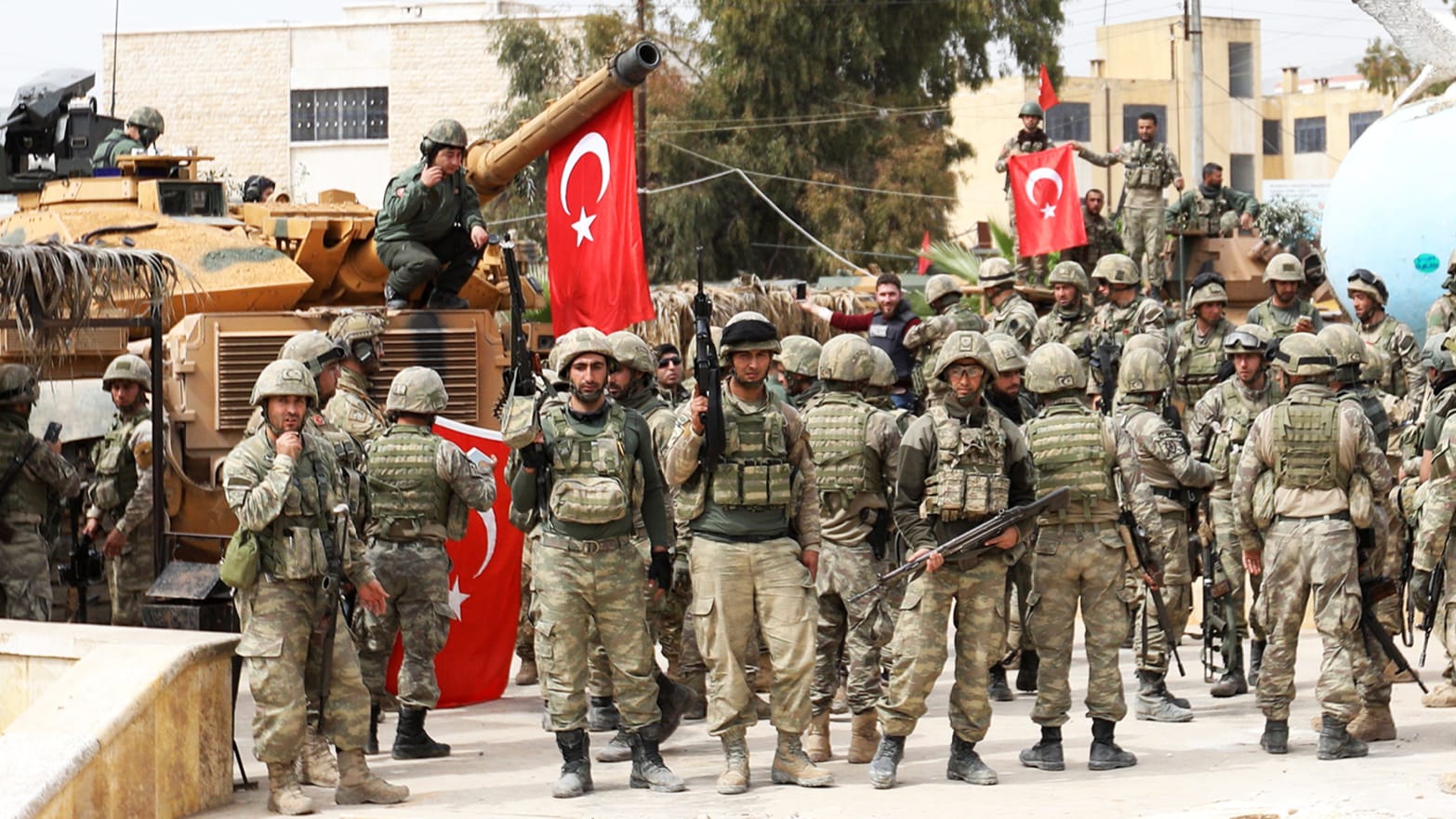 Turkiye demands a complete withdrawal of the SDF from Manbij, Kobani, and Tal Rifaat

On 30 November, the Turkish military reportedly moved reinforcements to the Syrian border as President Recep Tayyip Erdogan threatened a ground invasion to expand Turkish control of areas under the current control of the Syrian Democratic Forces (SDF).

The Daily Sabah newspaper published images and footage of Turkish military trucks and tanks traveling to “point zero” on the Syrian border.

According to the newspaper, Turkish forces started delivering further military supplies to northern Syria, particularly the area around Tal Rifaat in the northern countryside of Aleppo.

The SDF commander, Mazloum Abdi, stated that the city of Kobani in the eastern countryside of Aleppo would be the most likely target for the Turkish ground assault, according to Middle East Monitor.

In a press statement, Abdi said he was disappointed by Russia’s and the United States’s “weak response” to dozens of Turkish airstrikes on areas under the SDF’s control this week, killing eleven people.

Abdi also stated that the SDF takes Ankara’s threats seriously and that unless there is a concerted effort to deter Turkiye, particularly by the US and Russia, Turkiye will carry out its ground attack.

Meanwhile, following Turkish assurances that a military operation against the Syrian Democratic Forces (SDF) in northern Syria could be launched soon, pro-Turkish Syrian opposition factions continued their preparations, according to Al-Awsat news.

According to a leader of the Turkish-backed Syrian opposition forces, representatives of the Syrian National Army (SNA) met with Turkish army officers on 29 November in Jarablus, near the Syrian-Turkish border, to develop military strategies for an upcoming ground operation against Kurdish-led militias.

However, although a ground operation has been on the table for over a week, Ankara has yet to follow through with its threats due to international pressure from Russia, Iran, and the United States.

Negotiations between Turkiye and Russia are ongoing, with Russia trying to meet Turkish demands for a complete withdrawal of the SDF from Manbij, Kobani, and Tal Rifaat, reports Al-Jazeera. The Kurdish militias would have to be replaced by the Syrian Arab Army (SAA).

Since the start of operation “Claw-Sword” on 19 November, Turkiye has reportedly struck hundreds of locations, facilities, and military command centers used by Kurdish defense units.