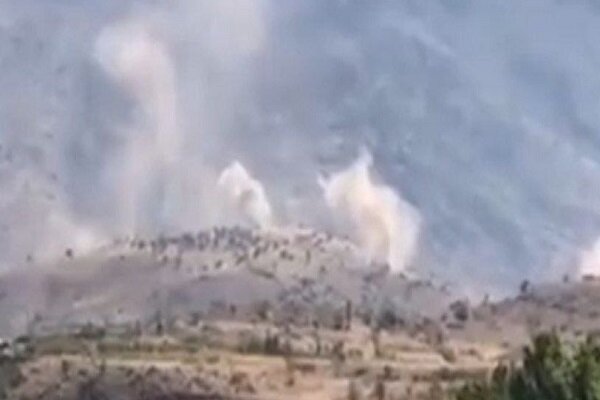 TEHRAN TIMES– The new f traveled to Iran on Tuesday and held talks in which the issue of Kurdish separatist groups based in Iraqi Kurdistan apparently featured high among other issues. In Tehran, al-Sudani held several high-level meetings, including a remarkable one with Leader of the Islamic Revolution Ayatollah Seyed Ali Khamenei.

The Iraqi prime minister also met with Iranian President Ebrahim Raisi, First Vice-President Mohammad Mokhber, Parliament Speaker Mohammad Bagher Qalibaf, and Foreign Minister Hossein Amir Abdollahian. Bilateral issues, including economic cooperation, were discussed in detail with the Iraqi prime minister, who is now expected to implement many agreements that have not been implemented under his predecessor.

The visit comes at a time when Iran is taking on Iranian Kurdish separatist groups that are based in Iraqi Kurdistan. Over the last two months, Iran launched several cross-border missile and drone attacks against these groups after warning the central and local Kurdish authorities of Iraq. Iran has said that it will continue its campaign until these groups are disarmed and expelled from Iraq.

But it faced difficulties in achieving this goal due to insufficient cooperation from the Kurdish Regional Government (KRG). Iran has demanded that Iraqi and KRG officials dismantle the separatist groups. But despite some helpful promises, the KRG authorities failed to deliver on those promises.

Al-Sudani’s visit to Tehran was a unique opportunity to discuss this issue in earnest. In his meeting with Ayatollah Khamenei, the Iraqi Prime Minister stated that according to the constitution, no party is allowed to use Iraqi soil to disrupt Iran’s security. In reference to this, the Leader stated, “Unfortunately, this is currently taking place in some areas of Iraq. The only solution is for the Iraqi central government to extend its authority to those areas as well.”

The Leader of the Islamic Revolution underlined that “of course, our view on the security of Iraq is that if any party intends to disrupt the country’s security, we will stand up firmly in front of any party seeking to undermine Iraq’s security.”

The Iraqi prime minister appeared to be attentive to Iran’s security concerns, underlining that Iraq will not be a starting point for harming Iran. In the meeting with the Leader, al-Sudani said, “The security of Iran and Iraq are intertwined, and in accordance with the constitution, we will not allow anyone to use Iraqi soil to undermine this security.” Earlier in a joint press conference with President Raisi, al-Sudani had reiterated this position.

“The security of the two countries is inseparable from each other and is considered a part of the security of the entire region.” Emphasizing that it is the official policy of the Iraqi government that this land should not be a starting point for harming the neighboring countries, he stated, “We follow this policy in our diplomatic relations in order to have a balanced policy with friendly and brotherly countries based on the principle of mutual respect and non-interfere in other’s internal affairs.”

The Iraqi prime minister stated, “The Secretary of the Supreme National Security Council of Iraq is also present in this trip and will discuss security issues with his counterpart in order to reach an understanding on the working mechanism and field cooperation in this field and prevent any tension.” Iran has said that the Kurdish separatist groups are implicated in fomenting unrest in Iran and seek to create insecurity in Iran’s border areas.

On Wednesday Iranian Interior Minister Ahmad Vahidi said calm and order have been restored to Iran’s northwestern provinces but the separatist groups disrupt security in these border provinces.

Underlining that Iran’s security agencies are monitoring the situation in the border areas, Vahidi said, “Negotiations have been done in this regard during yesterday’s visit of the Iraqi prime minister to Iran.” In order to thwart insecurity on the border with Iran, Iraq’s central government has decided to deploy federal army troops along the border with Iran. Iran has welcomed the move and is looking forward to further cooperation with the al-Sudani government in this regard.