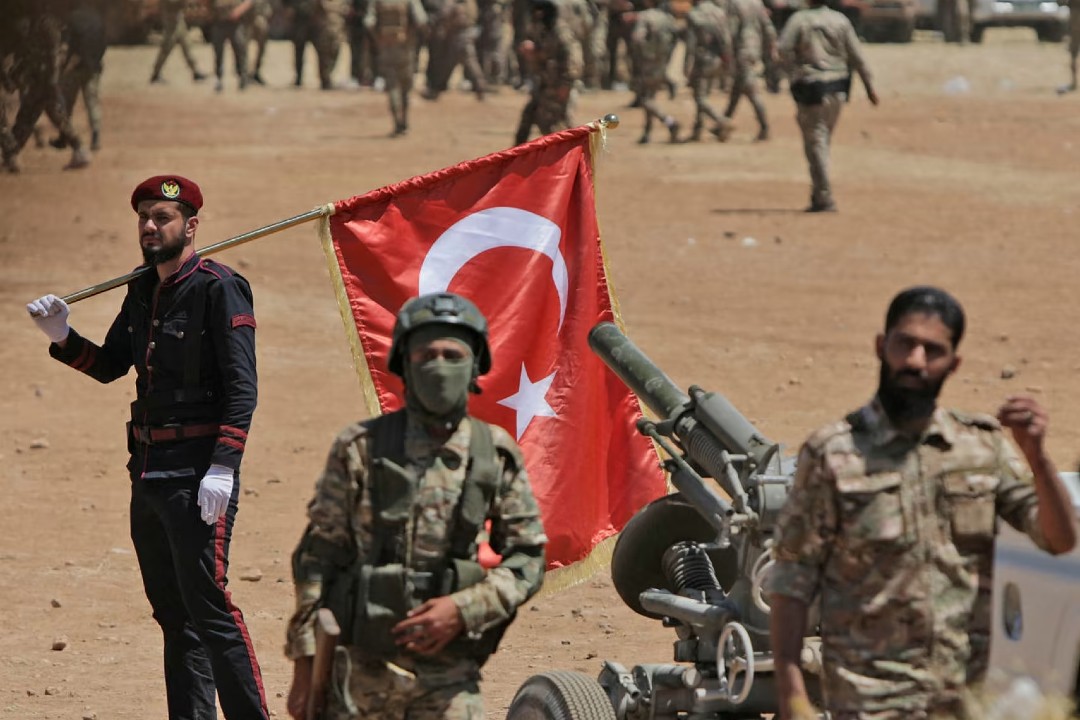 Turkey-backed Syrian fighters gather along the frontlines opposite Kurdish forces near the town of Dadat. (Photo credit: AFP / Bakr Alkasem)

While negotiations with Russia are ongoing, Turkish airstrikes have significantly decreased in recent days

Following Turkish assurances that a military operation against the Syrian Democratic Forces (SDF) in northern Syria could be launched soon, pro-Turkish Syrian opposition factions continued their preparations to participate in the upcoming operation, according to Al-Awsat news.

According to a leader of the Turkish-backed Syrian opposition forces, representatives of the Syrian National Army (SNA) met with Turkish army officers on 29 November in Jarablus, near the Syrian-Turkish border, to develop military strategies for an upcoming ground operation against Kurdish-led militias.

However, although a ground operation has been on the table for over a week, Ankara has yet to follow through with its threats due to international pressure from Russia, Iran, and the United States.

Negotiations between Turkiye and Russia are ongoing, with Russia trying to meet Turkish demands for a complete withdrawal of the SDF from Manbij, Kobani, and Tal Rifaat, reports Al-Jazeera. The Kurdish militias would have to be replaced by the Syrian Arab Army (SAA).

Since the start of operation “Claw-Sword” on 19 November, Turkiye has reportedly struck hundreds of locations, facilities, and military command centers used by Kurdish defense units.

Meanwhile, the Turkish-backed SNA faction has reportedly moved a significant number of its military personnel and supplies to the surrounding area of Tal Rifaat and Kobani as part of the combat readiness plan.

Turkish presidential spokesman Ibrahim Kalin said that “a military operation against terrorist organizations in northern Syria can be launched at any time,” Daily Sabah news reports.

Turkiye calls for “the withdrawal of Syrian Democratic Forces (SDF) from its borders by 30 kilometers,” Kalin added.

He also stated that military incursions could be carried out in various ways and that the date and method of execution would be determined.

Turkish President Recep Tayyip Erdogan stressed that the operations should not worry anyone because they are related to Turkiye’s security.