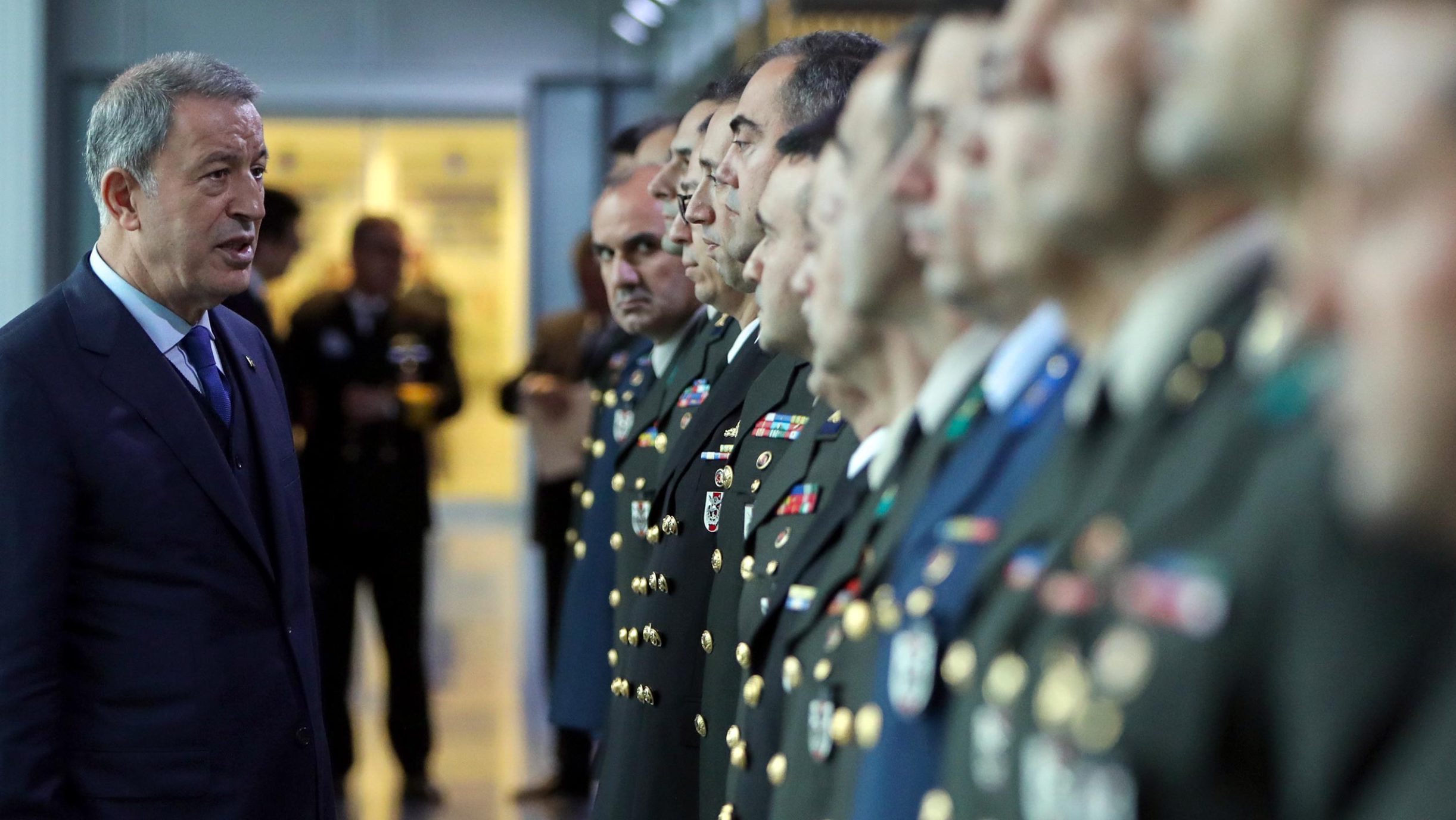 The Turkish Minister of Defense, Hulusi Akar, visited the Turkish troops on the border with Iraq on 27 November to inspect the ongoing operations as part of the country’s military effort against Kurdish militants in Iraq and Syria.

During his visit, Akar toured Salah al-Din al-Ayyubi airport, where Turkish jets and UAVs are reportedly stationed, accompanied by several army commanders, including the commander of the 3rd Infantry Division, which operates on the Iraqi-Turkish border.

Currently, the army is fulfilling its orders as part of “Operation Claw-Sword” against PKK-affiliated Kurdish militants on Turkey’s southern borders, according to Turkish state-run media.

The operation was launched on 20 November to destroy “terrorists’ shelters, bunkers, and caves,” according to Akar.

In addition, the operation targets to gain an advantage over the militants in the wake of their alleged role in the Istanbul bombing, which resulted in the deaths of six civilians.

Local reports indicated that at least 400 shells were fired at targets in Syria and Iraq, destroying infrastructure at Manbij airport, Ain Daqna, and Maraanaz.

Akar was joined on his tour by the army, navy, and air force chief of staff, as well as the commander of the Turkish ground forces.

According to Anadolu Agency, his visit to the border followed consultations with the army commanders in Ankara on Saturday.

“About 480 terrorists have been neutralized in our ongoing military operations in Iraq and Syria,” said Turkish President Recep Tayyib Erdogan.

He added, “no one can stand in our way to exercise our right,” vowing that the ongoing military operation would not be limited to airstrikes.

Akar corroborated Erdogan’s statements and noted that more than 271 attacks were carried out as part of the ongoing operation in Syria and Iraq.

Nonetheless, this has drawn deep concern from US President Joe Biden’s administration, which considers Kurds in Syria and Iraq as vital allies in the war against ISIS.

On 24 November, the US ambassador to Turkey, Jeffry L. Flake, met Akar and communicated Washington’s concerns but was handed a list of Turkish demands as a prerequisite to stop the hostilities.

Meanwhile, the SDF announced a complete suspension of its operations against ISIS in a statement on 26 November and demanded the US to interfere to end the “Turkish aggression.”

“The forces that work effectively with the international coalition in the fight against ISIS are now targets for the Turkish state, and therefore (military) operations have stopped,” said Mazloum Abdi, commander of the SDF.

Additionally, thousands of locals protested in Qamishli against the Turkish occupation of Syria and the ongoing aggression against the SDF.

The demonstrators carried photos of Kurdish leader Abdullah Ocalan alongside banners calling for the boycott of Turkey.