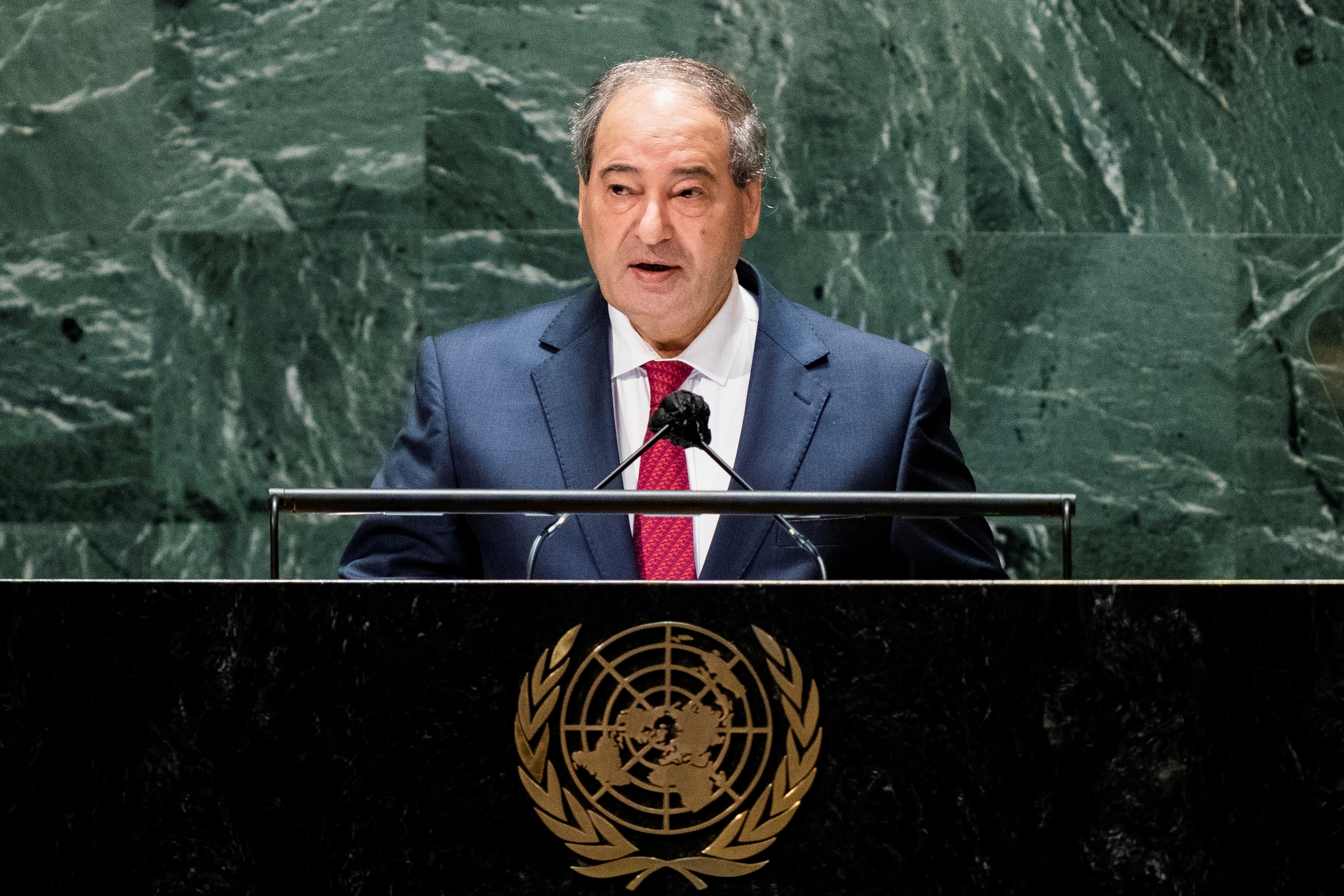 The Syrian Foreign Minister underlines that “Israel” commits the most heinous violations in the occupied Syrian Golan Heights.

The Syrian Foreign Minister, Faisal Al-Miqdad, accused “Israel” of backing Al-Nusra Front and ISIS and attacking civilian airports, as well as ports in Syria, stressing that “continued support of some countries [which sells itself as human rights defenders] for Israel makes them complicit.”

In his speech at the 77th session of the UN General Assembly (UNGA 77), Al-Miqdad said, “Israel exercises the most heinous violations in the Syrian occupied Golan, which include the illegal settlement expansion, demographic change, and stealing the natural resources, not to mention supporting the terrorist organizations and repeatedly attacking Syrian territories.”

“The unlawful presence of foreign forces in Syria must end immediately,” he said, adding that “countering terrorism does not mean occupying other people’s land, establishing a safe zone, or backing terrorists”.

Elsewhere in his remarks, Al-Miqdad announced that “the material damage totaled 107 billion dollars since 2011.”

The Syrian Minister also called for “establishing a new multipolar world order in which everyone works in compliance with the principles and objectives of the United Nations Charter.”