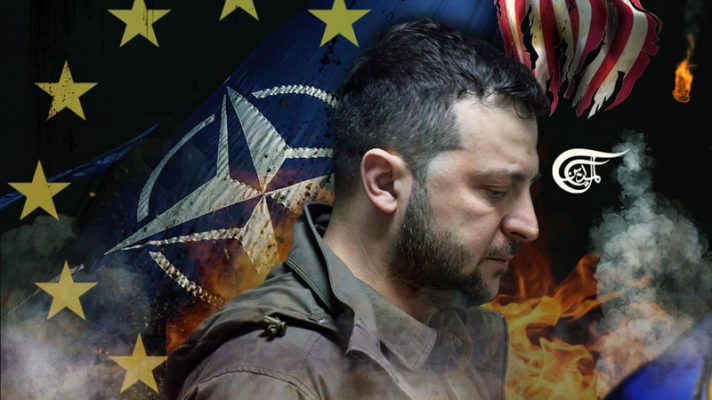 Because they cannot stop igniting wars in one part of the globe or another, that is the most pending danger NATO countries constitute to the welfare of human beings everywhere.

Professor John Mearsheimer said the war in Ukraine will be a footnote in the history books written about the world changes this war has triggered. This remark may provide the best explanation of the huge noise the NATO countries have made about providing Ukraine with more sophisticated armaments and with billions of dollars in order to prevent a Russian victory. It also explains the big media campaign led by the West about the so-called advance made by the Ukrainian army against the Russians in Kharkov area. The press conference by NATO Secretary General, Jens Stoltenberg, and the US Secretary of State, Antony J. Blinken, has to be seen and understood in light of the dire economic crisis which is biting into Europe.

Despite the iron fist laid on Western media, it is an open secret today that the sanctions imposed by the West against Russia have backfired on the West itself, and it has become clear that Western people are the ones suffering because of these sanctions, and not the Russian people as the western governments planned. In addition, the Eastern rapprochement between China and Russia is treading fast steps toward an alliance, and the Shanghai organization is attracting more member states, which in a short while, will become one of the most important world alliances that NATO countries do not want to see at all. Both China and Russia have announced that their future dealings and trade are going to be in Yuans and Rubles, which will start to weaken the dollar and shake its world status.

During the week and contrary to the expectations of Western media, the Chinese President, Xi Jinping, announced that he is going to Kazakhstan for a Shanghai meeting with the aim of meeting with President Putin. Every time these two leaders meet, they add another brick to the fortified base of their alliance whose grand announced aim is to change the world system into a multipolar system after getting rid of Western hegemony once and for all.

Of course, western experts and planners know all this and dread it, but instead of mentioning it or trying to address it in the real world, these jumped to the domain that they know best; i.e. the military claiming to their audiences that “Ukrainian forces have been able to stall Moscow offensive in the Donbass strike back behind Russian lines and retake territory.” On this narrative, they built the argument that NATO countries should send more support to Ukraine, with more billions of dollars and with the most sophisticated arms. Their imagination was set free to imagine that this is a very important moment for the Ukrainian people and army, and we should support them in order to prevent a Russian victory in Ukraine, as per their illusions.

First, there is no doubt that the press conference and all the media fever that came in its aftermath hailing progress made by Ukrainian forces against Russian forces was meant to change the focus of the Western people’s attention from the horrible consequences of the war on Ukraine on their daily lives and to stop the masses from taking to the streets to forcefully object to these policies, which proved to be disastrous to most of them.

Second, NATO countries have a history of supporting wars that have nothing to do with their geography or history. They now claim that they have to send hundreds of thousands of soldiers to protect the Eastern borders of NATO. What about Afghanistan, Iraq, and Syria; are those also bordering NATO, or threatening its power? And what about Taiwan now; is it on the borders of NATO too?

The history of these countries proves without a shadow of a doubt that the military industry is at the core of its survival and continuity, and that is why they cannot survive and keep their hegemony over the world without this industry being well and prosperous, knowing that for this industry to be well and prosperous, it can only feed on wars. That is why they cannot stop igniting wars in one part of the globe or another, and that is the most pending danger NATO countries constitute to the welfare of human beings everywhere.

What we have to remember is that we are dealing with two different worlds, two different systems of thinking, two different histories, and two very different objectives. The West, which has subjugated and colonized many countries across the world over centuries, has perfected the usage of media and psychological wars to keep people as its subject. Throughout history, Western colonial powers gave no thought to civilian casualties. A reminder of the answer of Madeleine Albright about millions of Iraqi children being killed; she said, “But it was worth it,” whereas Eastern powers represented by Russia in this war pay so much attention to avoiding unnecessary loss of civilian lives. They change their plans and their tactics if they can save lives in their military or on the adversary’s civilian lives. In fact, the Eastern attitude always believes in taking time. They are not in a hurry, and they do not rush to launch a media or psychological campaign because their objectives are far-reaching and by far nobler than those of the party whose main concern is to sell arms and accumulate more capital.

For those reasons and many others unlisted here, we have to take the Hollywood postures made by the NATO Secretary-General and the US Secretary of State with a huge pinch of salt. Their major aim was to divert attention from the huge disaster they have created to their people through this uncalculated and misconceived adventure. It would have been much wiser and historically correct to review their decisions and decide whether they should continue in this futile endeavor or acknowledge the new realities on the ground born from the rise of the East and its determination, supported by the majority of people on Earth, to put an end to Western hegemony and remap the world on the basis of equal integrity and mutual respect. This may take a bit more time than what most people desire, but the train has left the station and it will undoubtedly reach its abode. The rest are insignificant details that no one will mention in the future.