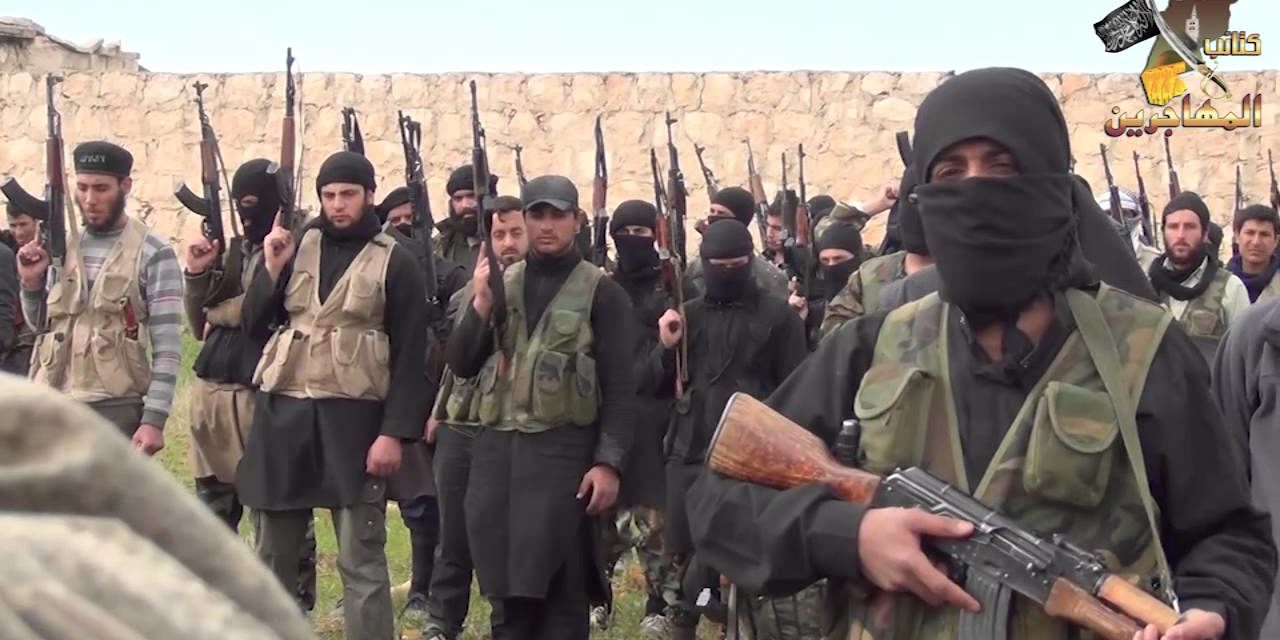 All U.S./UK geostrategy is proxy-wars against Russia & China.No country can be a U.S. ally that doesn’t support this goal.

Back in December 2012, when the U.S. Government’s official geostrategy was against terrorism. and especially against ISIS and Al Qaeda, Obama’s DIA (Defense Intelligence Agency) warned him that what he was doing in Syria (such as backing the “Syrian opposition” and calling for Assad’s overthrow by them) would likely produce jihadist rule in that secular and strongly anti-jihadist nation. The cable to him said:

“THE SALAFIST, THE MUSLIM BROTHERHOOD, AND AQI [Al Qaida in Iraq] ARE THE MAJOR FORCES DRIVING THE INSURGENCY IN SYRIA.”

“AQI, THROUGH THE SPOKESMAN OF THE ISLAMIC STATE OF IRAQ (ISI) ABU MUHAMMAD AL ADNANI, DECLARED THE SYRIAN REGIME AS THE SPEARHEAD OF WHAT HE IS NAMING JIBHA AL RUWAFDH (FOREFRONT OF THE SHIITES) BECAUSE OF ITS (THE SYRIAN REGIME’S) DECLARATION OF WAR ON THE SUNNIS. ADDITIONALLY, HE IS CALLING ON THE SUNNIS IN IRAQ, ESPECIALLY THE TRIBES IN THE BORDER REGIONS (BETWEEN IRAQ AND SYRIA), TO WAGE WAR AGAINST THE SYRIAN REGIME, REGARDING SYRIA AS AN INFIDEL REGIME FOR ITS SUPPORT TO THE INFIDEL PARTY HEZBOLLAH, AND OTHER REGIMES HE CONSIDERS DISSENTERS LIKE IRAN AND IRAQ.”

“AFTER THE RISE OF THE INSURGENCY IN SYRIA, THE RELIGIOUS AND TRIBAL POWERS IN THE REGIONS BEGAN TO SYMPATHIZE WITH THE SECTARIAN UPRISING [by jihadists, against Assad]. THIS (SYMPATHY) APPEARED IN FRIDAY PRAYER SERMONS, WHICH CALLED FOR VOLUNTEERS TO SUPPORT THE SUNNIS IN SYRIA [against all non-Sunnis, such as Assad].”

“THIS CREATES THE IDEAL ATMOSPHERE FOR AQI TO RETURN TO ITS OLD POCKETS IN MOSUL AND RAMADI, AND WILL PROVIDE A RENEWED MOMENTUM UNDER THE PRESUMPTION OF UNIFYING THE JIHAD AMONG SUNNI IRAQ AND SYRIA, AND THE REST OF THE SUNNIS IN THE ARAB WORLD AGAINST WHAT IT CONSIDERS ONE ENEMY, THE DISSENTERS [non-Sunnis]. ISI [Islamic State of Iraq] COULD ALSO DECLARE AN ISLAMIC STATE [what subsequently became ISIS, or the  Islamic State of Iraq and Syria] THROUGH ITS UNION WITH OTHER TERRORIST ORGANIZATIONS IN IRAQ AND SYRIA, WHICH WILL CREATE GRAVE DANGER IN REGARDS TO UNIFYING IRAQ AND THE PROTECTION OF ITS TERRITORY.”(Here is the whole document.)

Hillary Clinton, as the Secretary of State, also received it, as did the heads of CIA, Homeland Security, FBI, etc.; so, it was well-distributed though kept “Secret” from the public until years later, after the resulting destruction of Syria was already well underway.

On 10 October 2015, a great independent war-reporter, Eva Bartlett, headlined “Deconstructing the NATO Narrative on Syria”, and documented that “in spite of outside forces, [pushing] attempts to sow sectarianism in Syria, the vast majority of Syrian people refuse it,” and that “the NATO alliance’s terrorists have committed numerous massacres of Syrian civilians and soldiers, many of which were intended to sow sectarianism” (which hadn’t been something that the DIA had thought that the President was hoping to do in August 2012, even though it actually was).

Obama decided just months after that August 2012 cabled warning, in December 2012, for the CIA to supply those jihadists (“the moderate opposition”) with weapons (“against ISIS,” but actually to overthrow Assad — NOT to defeat ISIS, which was cooperating with Al-Qaeda trying to overthrow Assad), because Assad was favorable toward Russia. Obama actually aimed to do that — replace Assad — ever since he had come into office in 2009, because he intended, even then, that if he would become re-elected in 2012, his biggest initiatives would be to overthrow and replace heads-of-state who are favorable towards Russia. He successfully hid that motivation from both the public and Russia’s Government, and even from many within his own Government, until after he had already become re-elected in November 2012.

Consequently, since the Defense Intelligence Agency didn’t know in August 2012 what his actual motive and priorities were, they had sent him (and the rest of his Administration) that warning against trying to overthrow Assad. They didn’t know that he was even more anti-Russian than anti-jihadist. He hid that very effectively.

The U.S. Government is more determined ultimately to conquer Russia than to defeat ISIS, Al Qaeda, and other jihadist Sunni groups. And nearly 100% of Islamic terrorism (except against Israel, plus the vicious attack against Salman Rushdie) comes from fundamentalist-Sunni groups — not from Iranians or other Shiites (such as the U.S. Government dins into the heads of Americans to believe, while knowing it to be extremely false).

In fact: buried within a Brookings and U.S. Government study of global incidents of Islamic terrorism between 1981 and 2006, and which was issued on 29 December 2008, “Sunni and Shi’a Terrorism”, can be found this remarkable statement (that the U.S. Government always studiously ignores): “

Outside of references to the large number of incidents perpetrated against Israel, or those involving the wartime activities of Iranian militia proxies in Iraq since 2004, one is challenged to find direct reference to terrorist strikes by Shi’a groups against western overseas targets. True to this pattern, the 1996 terrorist strike by Shi’a groups against United States airmen housed at the Khobar Towers apartment complex in Dhahran, Saudi Arabia, is often superficially linked to patterns of extremist activities against the United States overseas that are almost exclusively Salafi‐Jihadist in nature.7”

Even before Obama came into the White House, the U.S. and its allies were aiming to overthrow Assad. But once he became President, it became also a NATO operation — despite Syria’s not being in Europe. The whole purpose of NATO has actually been to do everything possible to conquer Russia; and, so, since both Syria and Iran are friendly with Russia, NATO hates them, too. And, since China now also is favorable toward Russia, NATO is (via AUKUS) being expanded to conquer that country, too.

Investigative historian Eric Zuesse’s new book, AMERICA’S EMPIRE OF EVIL: Hitler’s Posthumous Victory, and Why the Social Sciences Need to Change, is about how America took over the world after World War II in order to enslave it to U.S.-and-allied billionaires. Their cartels extract the world’s wealth by control of not only their ‘news’ media but the social ‘sciences’ — duping the public.