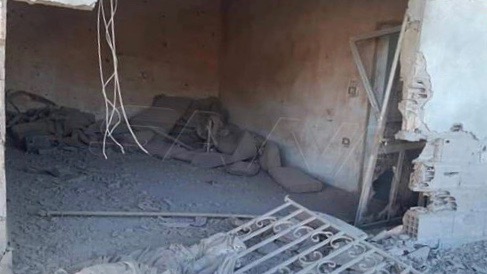 Turkey has been targeting and invading war-ravaged Kurdish majority regions of Syria and Iraq for many years now, killing hundreds and displacing thousands of people in complete violation of international laws

At least one civilian and four fighters of the Syrian Democratic Forces (SDF) were killed and several others were injured in a Turkish attack inside Syria’s Kurdish majority northeastern province of Hasaka on Tuesday, August 9. Turkish forces used artillery and drones to carry out the attack.

According to a Syrian Arab News Agency (SANA) report, a Syrian citizen was killed and several children and women were injured when Turkish forces shelled the areas surrounding the city of Qamishli. The report said that Turkish bombings, which have been going on for weeks now, have caused massive damage to civilian properties in Qamishli and nearby areas.

According to Rudaw, Turkish forces carried out large-scale artillery shelling and drone attacks targeting Kurdish-majority villages near Qamishli. The Turkish drones targeted two individual houses, in which, according to SDF-affiliated media, at least four SDF fighters were killed and three others were injured.

On Monday, Turkish artillery attacks on several villages inside the Hasaka province led to large-scale displacement as civilians near border towns and villages fled in search of safer ground.

Turkey is ecalating it’s drone strikes on NE Syria where it starts targeting civilian neighborhood amid a silence from the international community, just two hours aho a turkish drone targeted a place near the main hospital for Covid-19 in Qamishlo city killing 4 people. pic.twitter.com/SW4h6QYzEu

The SDF issued a statement calling the continued Turkish attacks inside Syria a violation of international law and of the 2019 ceasefire agreement guaranteed by the US and Russia.

Turkey has accused the SDF of sheltering the People’s Defense Units or YPG militias affiliated to the Kurdish Democratic Party (PKK). Turkey has banned the PKK and calls it a terrorist organization. Turkish President Recep Tayyip Erdogan had announced earlier this year his government’s plan to renew the 2019 invasion of northeastern Syria to create a 30-kilometer deep “safe zone”. In October 2019, the weeks-long Turkish invasion of northeastern Syria had killed scores of Syrians. The operation ended only after the US, an ally of the SDF, and Russia signed ceasefire agreements.

Turkey had also launched an invasion of Iraqi Kurdistan in April, alleging PKK presence there. Scores of civilians have been killed so far in various Turkish attacks, which have also led to large-scale displacement of people in the region. In late July, in one such attack, Turkish forces shelled a tourist resort in Zakho, killing at least nine people and injuring dozens more. The attack on Zakho led to widespread demonstrations inside Iraq and a formal complaint was registered by the Iraqi government at the UN.