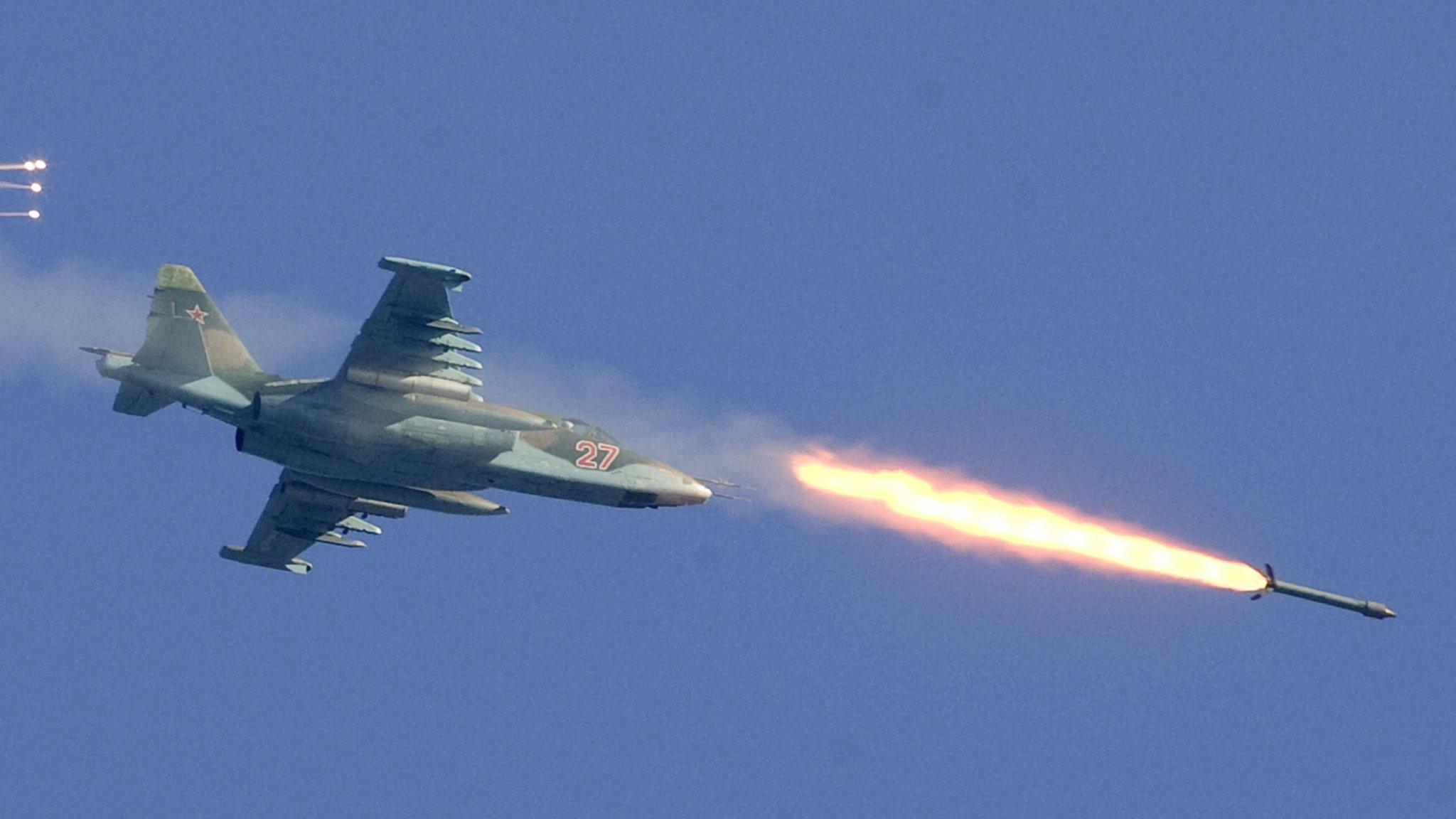 Back in 2017, the Syrian Arab Army (SAA), supported by the Russian Aerospace Forces (VKS) and other allied forces (primarily Iranian and other local groups) managed to inflict a crushing defeat on the infamous Islamic State, which has been terrorizing the people of Syria and Iraq for approximately half a decade at that point. The foreign-backed terrorist organization had all the attributes of a functioning state, capable of organizing large-scale offensives and other military operations. After its defeat as a state-like entity, ISIS went into hiding and limited its activities to lower-level terrorist attacks. The SAA and VKS shifted their focus on destroying the Al-Nusra Front, now known as the Hay’at Tahrir al-Sham (HTS) and other terrorists operating in the northwest of the country, mostly supported by Turkey and other NATO powers.

While the allied forces were slowly destroying foreign-backed terrorist groups, with the goal of stabilizing western parts of the country, US occupation forces in other areas, particularly in the east and south, continued with their usual activities – stealing oil, training and arming new terrorist groups. Inserting terrorists into central, southern and southeastern Syria is the primary role of American forces in the base of Al-Tanf and the surrounding areas under illegal US occupation. American troops have been deployed in the area for over half a decade now, supposedly to fight the Islamic State. However, their actual role has been anything but. The area is extremely sparsely populated, which is a clear indicator that the so-called “local defense forces” the US is training and arming are not so local after all.

Recently, there has been a dramatic increase in terrorist activities around the area of Al-Tanf, spilling over to parts of Syria where the IS was defeated years ago. Now, terrorists have become even more proactive, attacking both civilians, and Syrian and allied security forces. As a result, the Russian Aerospace Forces (VKS) have sharply increased their airstrikes in the area, targeting even smaller terrorist formations and their logistics, all in support of the land operations of the Syrian and other allied forces. Last Friday, on August 5, the Russian Ministry of Defense announced that it conducted an airstrike against a group of US-backed terrorists in Syria, near al-Tanf. The Russian MoD stated that it targeted Liwa Shuhada al-Qaryatayn (ShQ), a terrorist group formed by US occupation forces and tasked with fighting against Syrian and allied troops.

“This terrorist group is based in the Al-Tanf zone, supplied and trained by instructors from the US Army Special Operations Forces,” the Russian Defense Ministry said in a statement. “Operating from the desert, the Liwa Shuhada al-Qaryatayn militants carried out acts of sabotage against the civilian population and civilian infrastructure in Syria.”

The Pentagon didn’t even bother denying its involvement and confirmed to Newsweek that the airstrikes took place, but didn’t provide any specifics. US Central Command told Newsweek that “CENTCOM is aware of the strike, but does not have information to provide to you on this.” The US officially stopped supporting the ShQ terrorist group in 2017; however, this was a mere formality, as the de facto situation remained unchanged. In 2018, the terrorist forces were partially transferred to northern Syria, while the rest stayed in southern areas surrounding Al-Tanf.

Russian airstrikes mark the second time that Russia has targeted US-backed terrorists near Al-Tanf. Back in June, Russia targeted Maghawir al-Thawra (MaT), formerly known as the “New Syrian Army”. The Russian military notified the US before launching the airstrikes on MaT, which targeted terrorist facilities in the vicinity of US occupation forces in Al-Tanf. The forward warning came through the deconfliction line the two superpowers have been using for years to reduce the chances of a possible clash and escalation in Syria.

Early on June 16, a series of airstrikes hit the positions of US-backed MaT. Back then, an unnamed US military official told BBC journalist Nafiseh Kohnavard that the airstrikes were carried out by VKS warplanes in response to a roadside bomb attack which resulted in Russian military casualties. The US official also stated that the Russian military alerted the US ahead of the airstrikes. Other US officials told CNN in June that they “didn’t believe” Russia’s reasoning for the airstrike and that Moscow was instead trying to “send a message that it can conduct such an operation without retaliation.” Russia sees the illegal US military presence in Syria as deeply destabilizing. The belligerent thalassocracy maintains an occupation force of about 1,000 troops, almost exclusively special forces, supported by vast US ISR (intelligence, surveillance, reconnaissance) assets, drones and occasionally air power.

What’s clear is that the US and its numerous satellite states are aiming to overstretch Russia, opening multiple fronts at once in order to try and divert Moscow’s attention away from Ukraine. The recent escalation in NATO-occupied Serbian province of Kosovo and Metohia, Armenian-populated Nagorno-Karabakh and the overall instability in Central Asia are all a testament to that. However, trying to tie in more Russian resources by escalating US aggression on Syria is very likely to fail, as Moscow will certainly not allow the thalassocracy to undermine well over half a decade of Russia’s, Syria’s and other allied efforts to liberate the entire country. In that regard, Pentagon officials are 100% right – Russia is sending a very clear message that it will not tolerate the revival of the Islamic State or any similar US-backed terrorist organization.