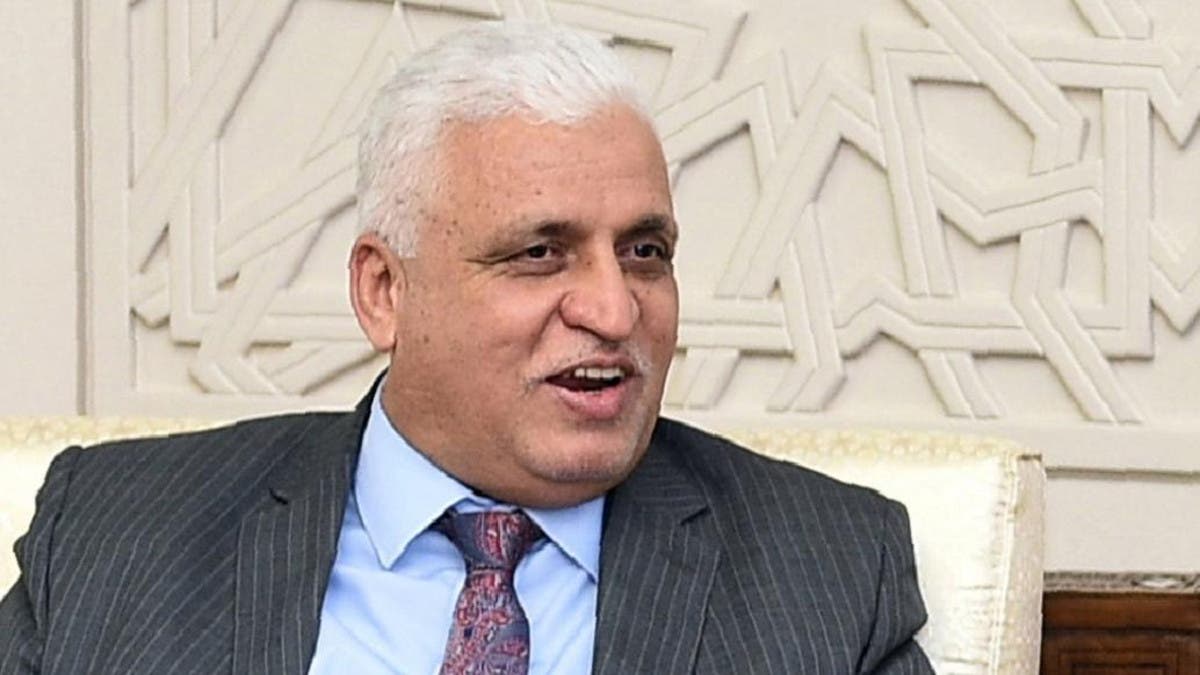 Since the establishment of the Popular Mobilization Forces (PMF), they have been a factor in the protection of Iraq, PMF chief Faleh Al-Fayyad told Al Mayadeen on Wednesday, noting that the party is close to the Iraqi people as its creation was based on the initiative of people who were going through hardship.

“The PMF will be objective when it comes to any domestic political dispute, and it will ensure the safety of Iraq’s people and sovereignty,” he added.

The Iraqi official explained how foreign powers were supporting terrorism on Iraq soil while the threat posed by ISIS has been curbed, no longer jeopardizing domestic peace and security.

Head of the Popular Mobilization Authority in #Iraq, Faleh Al-Fayyad, to #AlMayadeen: External powers are supporting terrorism, and the threat of ISIS has receded and no longer threatens security and civil peace. https://t.co/Cknz0hd2GJ

“The Popular Mobilization Forces call for solving domestic disputes via political dialogue between the parties. It is biased toward Iraq’s stability and sovereignty. PMF will not be a party to any political conflict, but it has its own stance regarding major issues, especially its rejection of normalization,” he explained.

Al Mayadeen‘s correspondent to Baghdad reported that protesters against the nomination of Mohammad Shia Al-Sudani for prime minister stormed the parliament building in the Green Zone in central Baghdad.

“The demonstrations are valid, and you must be keen on civil peace and not resort to sabotage and violence,” he told the protestors while decrying certain actions taken by the security forces in the area, calling on them to act responsibly.

🔴HAPPENING NOW | Supporters of the leader of the #Iraqi Sadrist movement, Moqtada Al-Sadr, protest in the Green Zone, in #Baghdad.#Iraq pic.twitter.com/pm58BhERsP

“What matters most to the PMF is civil peace and the non-use of violence,” he added. “No party in Iraq can impose its opinion on other parties, and let the constitution rule the state.”

Al-Fayyad said that he rejected his candidacy for the premiership, noting that candidate Mohammad Shia Al-Sudani is honest and experienced.

The PMF chief said his party agreed on many things with Muqtada Al-Sadr and the Sadrist movement.

He also touched on the military capabilities of his party, revealing that it has several experienced scientists and that it started manufacturing weapons.

Speaking on Iraq’s regional role, Al-Fayyad said the country was yet to assume its natural standing in the region, “it suffered from domestic and foreign mismanagement. The Iraqi state does not have a common stance, especially when it comes to foreign affairs.”

“The Iraqi mediation between Iran and Saudi Arabia will ease the tensions,” he added.

The Iraqi FM further explained that the Saudi crown prince requested that Baghdad host the meeting, noting that “we are currently busy and we will set a date for a public meeting between the foreign ministers of the two countries in Baghdad.”

Al-Fayyad also touched on Turkish-Iraqi relations and the Turkish forces attacking a political resort in Dohuk in the Kurdistan region of Iraq, saying: “Turkey’s actions do not take into account Iraqi interests.”

“An investigation should have been demanded before accusing Turkey of what happened in Dohuk,” he added. “No Iraqi government had allowed the Turkish army to set foot on Iraqi soil.”

At least six foreign tourists were killed and 26 others were injured after the Turkish military shelled the Zakho resort town in Iraqi Kurdistan, according to a source cited by Sputnik.

Turkey on Wednesday refuted Iraqi state media claims that it had carried out a strike on a mountain resort in Dohuk, claiming the attack was an act of terror.

Turkey’s Foreign Ministry said in a statement that the country was saddened to hear about the victims of the attack, claiming that Ankara took maximum care to avoid civilian casualties or damaging historic and cultural sites in its “counter-terrorism operations” against Kurdistan Workers Party (PKK) and others.

The Iraqi official also praised Iraq’s relations with Syria, saying: “Syrian-Iraqi security is one, and relations with President Bashar Al-Assad are important for Iraq’s security and politics.”