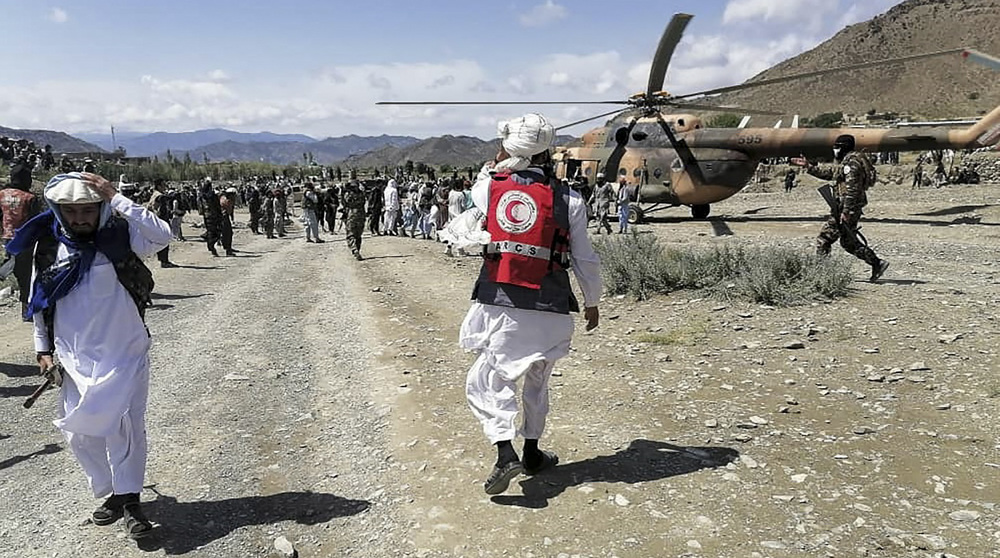 As Washington continues to withhold billions in Afghanistan’s funds, the Taliban say they lack the equipment and medicine to treat the 2,000 wounded

Following the devastating 6.1 magnitude earthquake that struck southeastern Afghanistan on 22 June, the Taliban have appealed to the international community for help.

The crisis-stricken country lacks sufficient equipment and medicine to treat the wounded.

According to reports, at least 1,150 have died as a result of the earthquake, with officials fearing that the death toll is likely to increase as rescue and search operations continue.

In the Khost province of Afghanistan, the earthquake killed 25 people and injured 95 others, local officials reported.

The spokesperson for the interim government’s disaster management ministry, Mohammad Nassim Haqqani, says that over 2,000 people sustained injuries in the earthquake, and more than 10,000 homes had sustained serious damage or had collapsed.

“The health ministry does not have enough drugs, and we need medical aid and other necessities because this is an enormous disaster,” Haqqani added.

Due to recent events, the Taliban have urgently pressed Washington to release Afghanistan’s overseas assets.

Earlier this year, the US announced plans to allocate 50 percent of Afghanistan’s frozen overseas funds to pay the families of US victims of 11 September 2001.

The decision to deny Afghanistan its national funds has aggravated a humanitarian crisis across in the beleaguered country.

Not all 9/11 families agree with the US plan to use Afghan funds to compensate them, however. While some have filed lawsuits against the Taliban, others say that confiscating money that Afghanistan desperately needs would be an inappropriate way of obtaining justice.

Following the sudden and chaotic withdrawal of US forces from Afghanistan after the Taliban victory last August, US President Joe Biden froze close to $10 billion of Kabul’s foreign funds.

Almost half of Afghanistan’s population, more than 19 million people, will face acute hunger this year, according to a report compiled by several UN agencies on 10 May.

The United Nations Children’s Fund (UNICEF) recently revealed that 1.1 million Afghan children under the age of five are at risk of malnutrition this year.

The agency explained that this new assessment is equivalent to double the number of children exposed to acute malnutrition in Afghanistan since 2018.

Western sanctions have decimated the Afghan economy, one that was already crippled by two decades of war by the US.

The US war destroyed Afghanistan’s economic systems and infrastructure, leaving the country dependent on international aid for over 75 percent of its national budget.