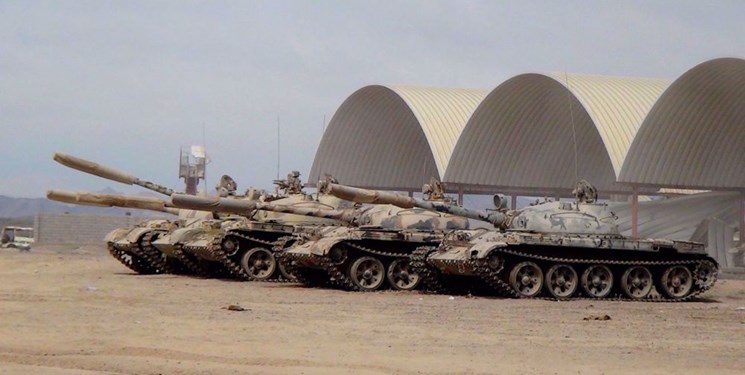 TEHRAN (FNA)- The leader of Yemen’s popular Ansarullah resistance movement said the United States, with the help of its allied Takfiri militant groups, is building several military bases in the country’s Eastern provinces of Hadhramaut and Al-Mahrah as well as on the Red Sea coast.

Addressing a delegation of tribal leaders from the western Yemeni province of Ibb on Thursday evening, Abdul-Malik Al-Houthi said Washington is setting up military installations in Eastern Yemen and the country’s Southern coastal city of Aden, presstv reported.

He asserted that the Yemeni nation cannot accept Washington’s diktats, warning that the enemies are hell-bent on sowing the seeds of discord and division among people by hook or by crook.

“We must work for security and social stability in Ibb province through compromise and cooperation among local authorities,” the top Yemeni resistance leader told the delegation.

He said the “enemies” have begun to mobilize military reinforcements by taking advantage of the UN-brokered ceasefire, which clearly shows their orientation towards the next stage of the war, and bears testimony to their failure in the previous phase.

“Enemies, having become fairly frustrated with attempts to impose their diktats through ousted Yemeni President Abdrabbuh Mansur Hadi, have decided to remove him in a humiliating matter,” Houthi said.

“They brought a bunch of criminals, traitors, and thieves to power, and declared them as the leaders of the Yemeni nation. They are actually the picks of outsiders, not Yemenis,” he added.

The leader of the Ansarullah movement further asserted that the Yemeni nation will never accept being under the ominous specter of the United States.

“It is the traitors and mercenaries who would like to prove their servitude to Saudi or Emirati officers,” he said, calling for an immediate end to foreign domination of the Arab country.

In other remarks, Houthi pointed to the controversial normalization agreements between the Israeli regime and some Arab countries, describing the process as an opening for the Tel Aviv regime to flex its clout in the Middle East region.

“The parties displaying animosity and military aggression against our nation are the ones that are pushing for the normalization of ties with the Israeli enemy. The enemies’ main goal is to shatter the Yemeni nation’s unity and solidarity, and easily dominate it,” the Ansarullah leader said.

“Yemeni people will continue to tread the path of independence and freedom, and will prevent foreigners from interfering in their domestic affairs,” he added.

Saudi Arabia launched the devastating war on Yemen in March 2015 in collaboration with its Arab allies and with arms and logistics support from the US and other Western states.

The objective was to reinstall the Riyadh-friendly regime of Abd Rabbuh Mansur Hadi and crush the Ansarullah resistance movement, which has been running state affairs in the absence of a functional government in Yemen.

While the Saudi-led coalition has failed to meet any of its objectives, the war has killed hundreds of thousands of Yemenis and spawned the world’s worst humanitarian crisis.