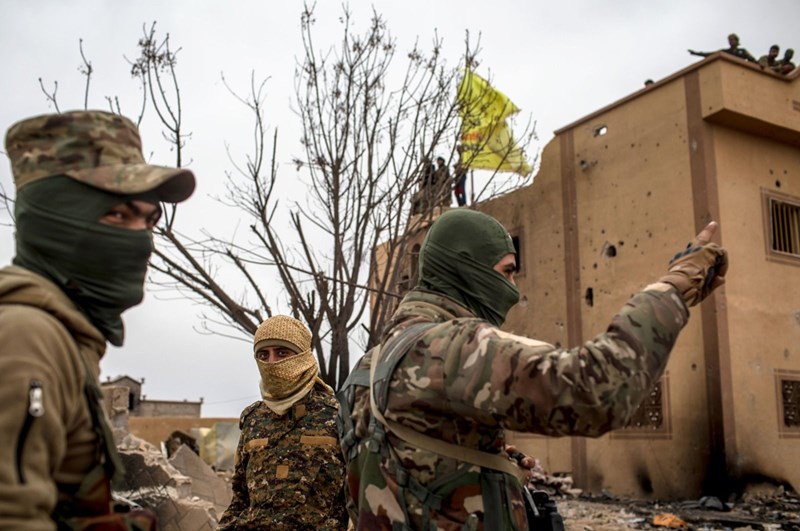 US-backed militias in Syria have a pass.

Washington will allow some foreign investment in areas controlled by the US-backed Kurdistan Workers’ Party (PKK) militias in Syria – namely the so-called People’s Defense Units (YPG) – without facing sanctions, the US said on Wednesday.

US acting assistant secretary of state, Victoria Nuland, spoke in Marrakech, Morocco, in a meeting with the global coalition against ISIS. The US will issue a general license that permits companies to act without US sanction restrictions.

“The United States intends in the next few days to issue a general license to facilitate private economic investment activity in non-regime-held areas liberated from ISIS in Syria,” she said, referring to ISIS.

Under the supposed pretext of fighting ISIS, the YPG has gained control over Syrian territory with the assistance of the US occupation, particularly in the northeast bordering Turkey and Iraq. The area contains some of the world’s richest oil reserves, in addition to agricultural land and a bank of the Euphrates river.

A diplomat who has discussed the issue prolongedly with US officials claimed that the permit would not apply to oil, however, but would apply to agriculture and reconstruction work.

Washington has imposed tough sanctions on Damascus in an attempt to isolate the Arab country from the international community; it has also flowed money into areas previously controlled by ISIS, evolving the northeast into US-occupied land – last year, according to Nuland, Washington spent $45 million in these areas, remarking that the funds are for “stabilization” activities.

The US is also looking to raise $350 million for “stabilization” activities in northeastern Syria, where Western multinational companies have been drawing out and profiting from the resources. Nuland said that the US is seeking a similar amount for Iraq.