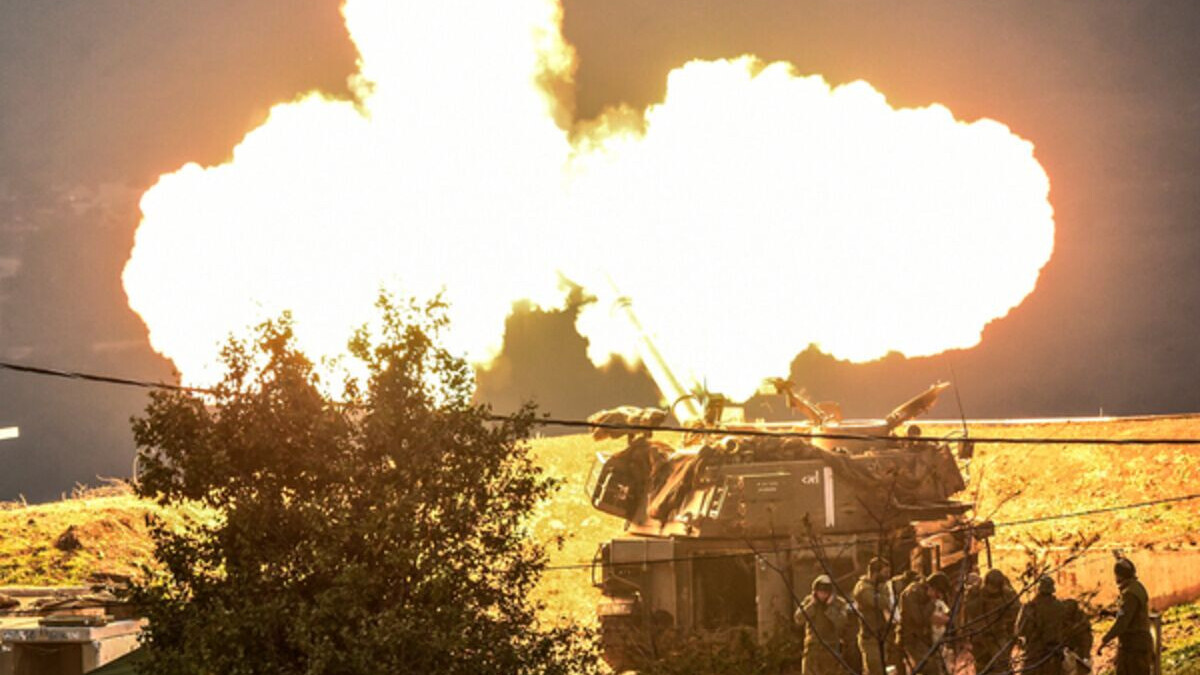 During the early hours of 25 April the Israeli occupation forces launched several artillery attacks on an area between Majdal Zoun and the town of Zibqine in southern Lebanon.

The volley of fire reportedly came in response to a single rocket launched from Lebanese territory, which landed in an open area near Kibbutz Matzuva without causing damage or injuries.

“IDF artillery is now attacking targets in Lebanon and firing at the launch area in retaliation for the rocket fired into Israeli territory,” the occupation forces said in an initial statement. Later officials revealed they struck the rocket’s launch area with dozens of artillery shells, as well as “an infrastructure target,” without elaborating further.

In response to the projectile launched from Lebanon into northern Israel earlier tonight, IDF Artillery forces are currently targeting the source of the launch in Lebanon.

No warning sirens sounded in Israel after the rocket was launched, and the military said that alert levels in the area remained “normal.”

“We believe… this is linked to the Muslim holy month of Ramadan and the riots on the Temple Mount,” Kochav said.

The occupation official was referring to the ongoing attacks by Israeli troops on Palestinian worshippers at Al-Aqsa Mosque in occupied East Jerusalem.

During one of their latest raids on Muslim worshippers during the month of Ramadan, the occupation troops injured at least 57 Palestinians.

On 23 April, Israeli forces also targeted Palestinian Christians in East Jerusalem, blocking the roads near the entrance of the Church of the Holy Sepulcher.

STATEMENT: A rocket was launched from Lebanon toward Israel early this morning. Israel Defense Forces are returning fire with dozens of shells. UNIFIL Head of Mission and Force Commander @aroldo_lazaro urges calm and restraint in this volatile and ongoing situation. More to come.

Israel and Lebanon technically remain at war as a result of the former’s occupation of the Shebaa Farms since 1967.

In the 2000s Tel Aviv launched two wars against Lebanon. However, in both cases the occupation forces faced humiliating defeats at the hands of Hezbollah and were forced to retreat.