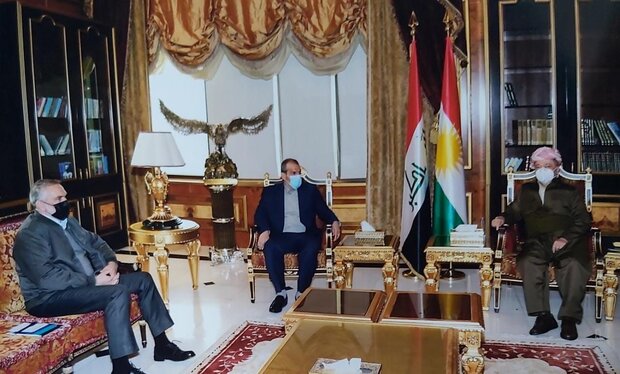 An Iranian delegation traveled to Erbil, Iraq on 10 April to meet with several high-ranking Kurdish officials.

This marks the first visit of Iranian diplomats with Kurdish officials following an Iranian Revolutionary Guard Corps (IRGC) airstrike on a Mossad compound in Erbil, Iraq on 13 March. A multitude of missiles was launched from Iranian territory into Erbil.

A senior Iranian security source, speaking exclusively to The Cradle, revealed that the missile strikes were not in retaliation for Israel’s killing of two IRGC members in an airstrike near Damascus on 8 March, as reported by various foreign media outlets. He said Iran has reserved the right to retaliate for that incident at a later date.

On 14 March, a senior US official reportedly confirmed that the building struck by the IRGC in Iraq on 13 March was an Israeli training site, contradicting initial reports by Iraqi media saying that the attack targeted the US consulate in Erbil.

During an exclusive interview with The Cradle, the official spokesman of the Patriotic Union of Kurdistan (PUK) party’s Erbil office, Azad Jolla, confirmed that the Israeli spy agency Mossad has long been active in the capital of the IKR.

“There is – among others – an Israeli Mossad presence. And this presence provokes Iran into attacking their sites in the Kurdistan region. Iran has done this before, and will probably do it again,” Jolla said on 17 March.

Iraqi resistance movement Kataeb Hezbollah has stated that Mossad presence in Iraq is a threat to regional peace.

An analysis by The Cradle from 11 April discussed the additional repercussions that Iran’s Erbil strike has on Turkish-Israeli relations, given the cooperation between the two in the IKR.

One of the officials that was present at this meeting, Nechirvan Barzani, was found to be linked to money laundering schemes in the US.