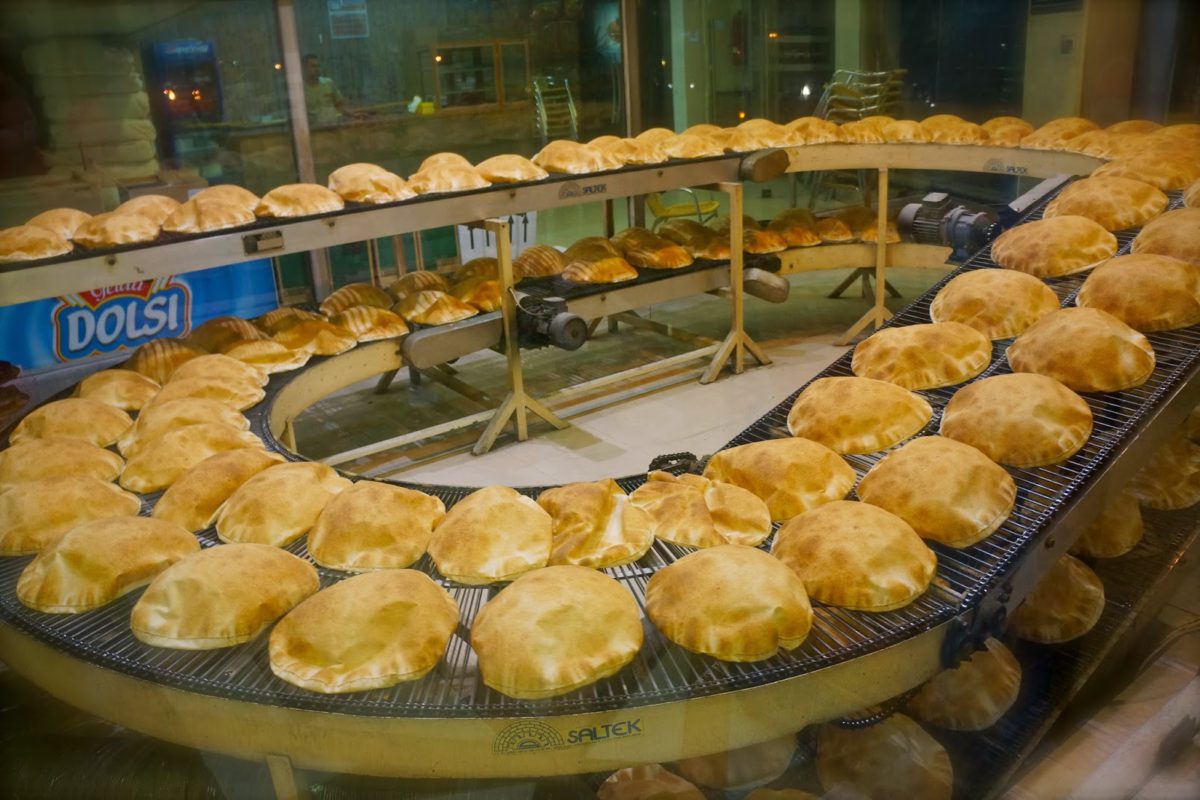 A multitude of avoidable circumstances have led to the lack of wheat supplies in Lebanon, forcing bakers to shut down operations

Due to the ongoing Russia-Ukraine crisis and the failure of the Central Bank of Lebanon (Banque du Liban) to provide credit for wheat shipments, 11 April was declared the last day of bread production in Lebanon if issues are not resolved quickly.

In a statement to Annahar newspaper on 11 April, head of the Bakery Owners Syndicate of Lebanon, Ali Ibrahim, said: “Today will be the last day for making bread or distributing flour in the event that funds are not secured to purchase wheat ships.”

The flour crisis is “not a coincidence,” according to Ali Ramal, an agent of the mills of south Lebanon.

Ramal stated that several incidents have led to this crisis. One of the largest mills in Lebanon stopped production on the pretext that a wheat ship that arrived a few weeks prior contained wheat that was exposed to moisture and which, as a result, was ruined.

However, upon inspection it was later discovered that the wheat on the ship was fit for consumption.

Adding to the evidence that this crisis is likely manufactured, Ramal stated that one of the top importers of wheat to Lebanon, Paul Mansour, was arrested on minor charges. His presence in his office or outside the country is needed to finance and organize wheat shipments from abroad during these difficult times.

As a result, bakeries have started to close and distribution points have emptied. Ramal stated on 11 April that this was “a dangerous turning point for food security for all of Lebanon,” and that food insecurity is a threat to the security and stability of the country.

Ramal noted that the worst of this crisis can be relieved if the Banque du Liban releases credits and Paul Mansour is released from police custody, stating that every passing hour is crucial when it comes to either easing or worsening the crisis.

The head of the World Food Programme (WFP) in Lebanon, Abdullah al-Wardat, stated in an interview with MTV Lebanon that the country is “in difficult circumstances and the rate of food insecurity is on the rise.”

He also said that 85 percent of the wheat in Lebanon comes from Ukraine and that an alternative source is now being sought.

Lebanon has been heading towards the cliff of a food crisis, compounded by an economic and monetary collapse resulting in triple-digit inflation.

An analysis by The Cradle investigated the implications of the Russia-Ukraine conflict on food insecurity in West Asia and beyond, noting how Syria used to be a significant producer of wheat before the US-backed rebel insurgency tore the country apart.

“Lebanon is one country likely to be hardest hit by the raging conflict. … Lebanon’s Department of Economy and Commerce is striving to find alternative wheat supplies, including imports from the United States, India, and Argentina. But these places are geographically much further afield, and with the sharp recent increase in oil and shipping prices, the Central Bank dollars provided to import wheat will fall short of required quantities.”

The Islamic Republic of Iran has offered to provide Lebanon with wheat supplies to ease the crisis.

However, various Iranian proposals to Lebanon continue to sit on the backburner as the Lebanese state faces constant pressures and threats from US ambassador Dorothy Shea who consistently interferes in Lebanon’s sovereign decision-making process.