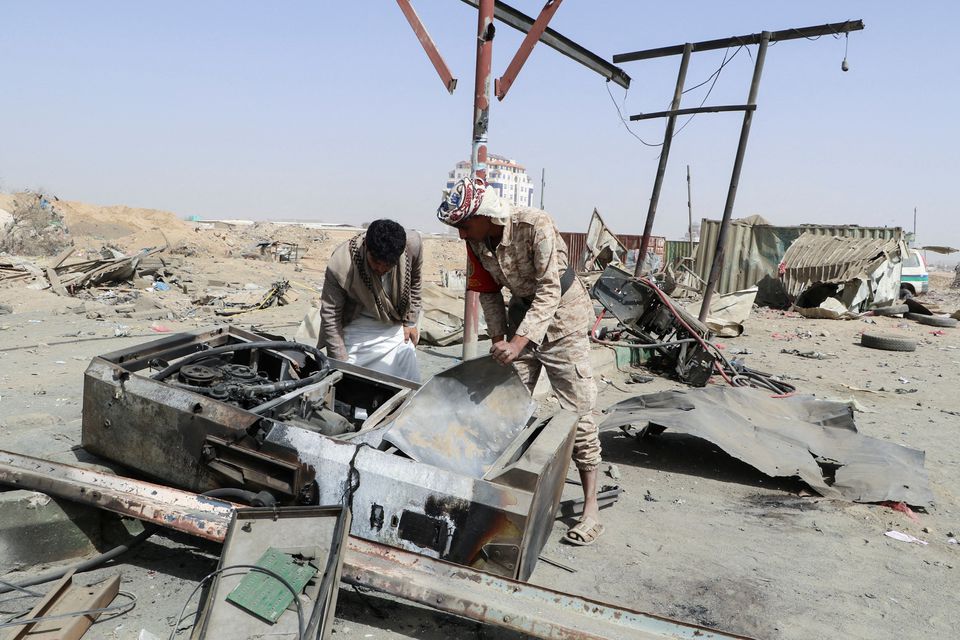 Recent image. A civilian and a soldier inspect damage at a gas station hit by a Saudi-led air strike in Saada, Yemen on 26 March, 2022. (Photo credit: REUTERS/Naif Rahma)

In the early hours of 31 March, at least five Yemeni civilians sustained injuries after the Saudi-led coalition carried out several missile and artillery strikes in civilian residential areas in the province of Saada.

The attacks came less than 48 hours after the coalition announced that it would cease all military operations in Yemen effective 06:00am on 30 March.

In a statement issued through the Saudi Press Agency (SPA), the coalition said the cessation of hostilities “coincides with the launch of Yemeni-Yemeni consultations with the aim of creating the appropriate conditions for their success and creating a positive environment during the holy month of Ramadan for peace making in Yemen.”

Meanwhile, Yemen’s Supreme Political Council has condemned the failure by the Saudi-led coalition to comply with the three-day truce declared by the Ansarallah resistance movement.

The council said the conduct of the coalition shows that its calls for dialogue to end the war in Yemen are not sincere.

On 26 March, Yemeni President Mahdi al-Mashat announced a three-day ceasefire which he said could become permanent if the Saudi-led coalition stopped its hostilities in Yemen and lifted the illegal economic blockade it has imposed on the country.

Yemen has been embroiled in brutal conflict since 2015, when Saudi Arabia and its regional allies invaded the country with the aim of crushing the Ansarallah resistance movement and restoring the government of ousted president Abdrabbuh Mansour Hadi. Despite costing billions of dollars and the lives of more than 377,000 Yemeni citizens, the war has not achieved any of its stated goals.