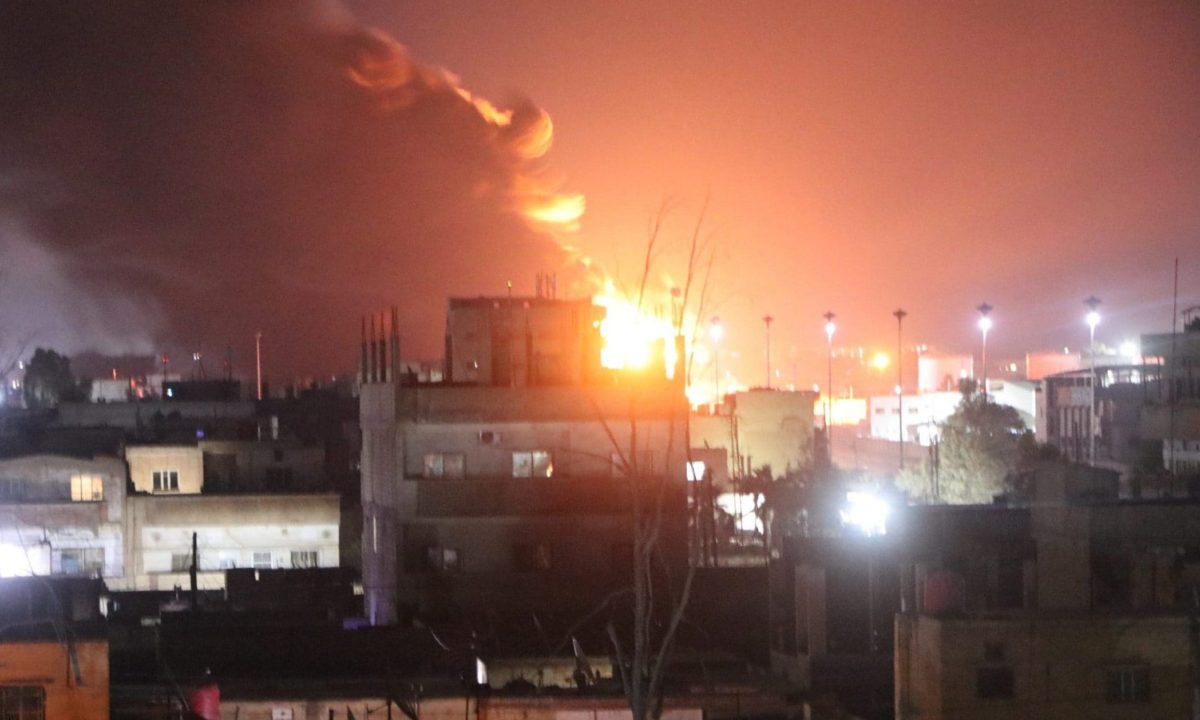 ISIS detonated a car bomb during an assault on Ghweran prison in the city of Hasakah, northeast Syria, on the night of 20 January. (Photo credit: SDF Press.)
Clashes raged for a third straight day on 22 January between ISIS fighters and US-backed Kurdish forces in Syria’s northeast Hasakah governorate.

According to the UK-based Syrian Observatory for Human Rights (SOHR) the clashes have killed more than 70 people so far.

“At least 28 members of the Kurdish security forces, five civilians and 45 members of ISIS have been killed in the violence,” said Rami Abdel Rahman, head of the SOHR.

The violence started late on 20 January when ISIS fighters launched an assault on Ghweran prison in Hasakah city, which reportedly houses as many as 5,000 members of the group.

According to local reports, the assailants freed several fellow fighters before seizing weapons from the prison run by the so-called Syrian Democratic Forces (SDF).

Following the daring attack, US forces illegally stationed in the region launched aerial raids in the vicinity of the prison, forcing the displacement of hundreds of civilians.

The SOHR claims that since the fighting began, hundreds of inmates have been recaptured, but dozens are still on the loose.

The SDF released a statement on 22 January saying that it was continuing “operations to keep security in Hasakah city and the perimeter of the Ghweran prison” with the help of US troops and Kurdish internal security forces.

Clashes have centered mainly in residential neighborhoods north of the prison, where the US-backed forces “carried out raids and killed a number of [ISIS] fighters that had attacked the jail.”

For their part, the armed group said in a statement on 21 January on its Amaq website that the attack on the jail aimed to “free the prisoners.”

Kurdish officials in the US-controlled region have long warned that they do not have the capacity to hold, let alone put on trial, the thousands of ISIS fighters captured in the years since the armed group was let loose in Iraq and Syria.

According to Kurdish authorities, more than 50 nationalities are represented in a number of Kurdish-run prisons, where more than 12,000 ISIS suspects are now held.