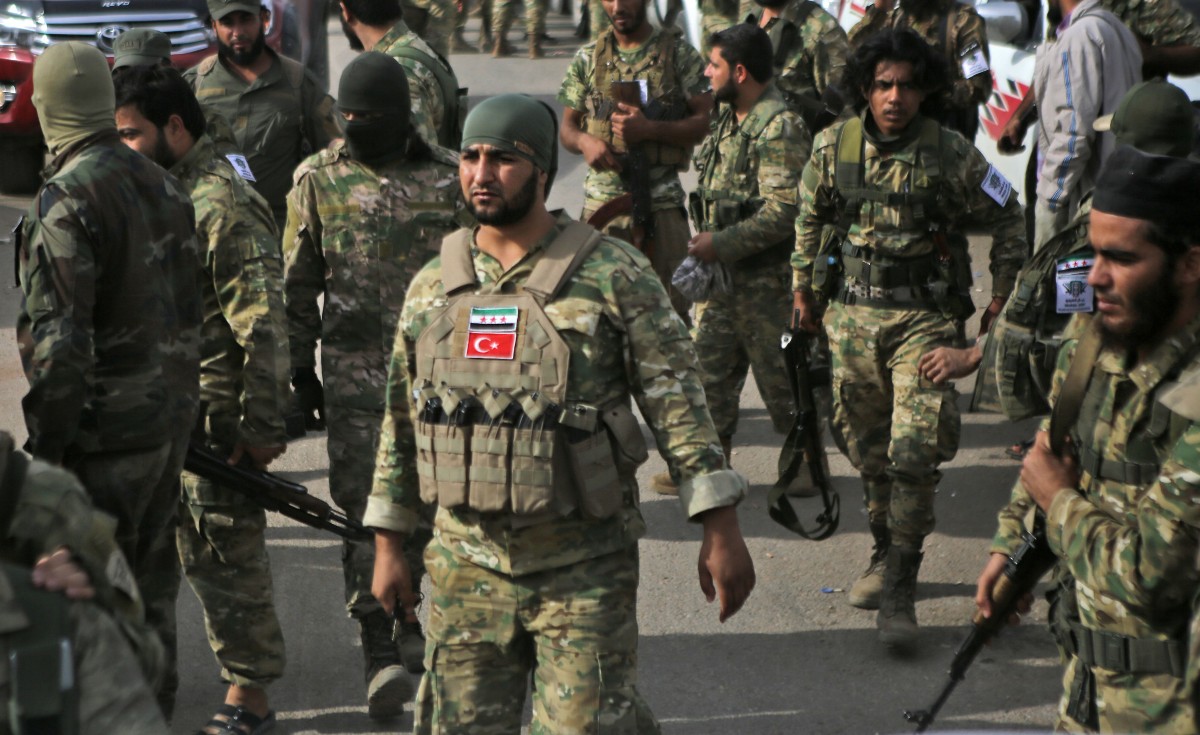 Turkish President Erdogan told reporters on December 9, ” We will take action and we will continue to do everything necessary, especially against Idlib. We will continue to use all of our heavy weapons. In response, we will not maintain the status quo.”

The US sent a clear message to Erdogan that any new operation in northern Syria is unacceptable when US jets attacked positions of Al-Qaeda-affiliated Turkish-backed Hayat Tahrir al-Sham (HTS) forces in Idlib.

Erdogan seeks to maintain his power base in Idlib through the terrorists it supports there, as well as some Turkish forces.  Although Idlib will eventually return to the central government in Damascus, Turkey wants to delay UN resolution 2254, which the West uses as a weapon of their past failed project of regime change.

Turkey is actively strengthening the terrorist groups it supports in Idlib, in direct opposition to regional and international powers who seek to resolve the crisis through negotiations.

Is Turkey a Muslim Brotherhood regime?

Erdogan’s AKP party is a Muslim Brotherhood-aligned party, which is evidenced by Turkey’s support of the Free Syrian Army (FSA), HTS, and other Al Qaeda linked groups in Syria, Egypt, Tunisia, and Libya.

President Trump called out Erdogan for his support of ISIS which had been allowed unobstructed transit through Turkey and included extremists from the Russian Federation, particularly from Chechnya.

The western media has portrayed the armed fighters in Idlib as the ‘moderate opposition’, despite the fact they are formerly Al Qaeda, and following the political ideology called Radical Islam.

HTS is considered a terrorist group by the United States, Turkey, and Russia; however, the official classification has not stopped Turkey’s support of the group.  The Turkistan Islamic Party (TIP) is very close to Erdogan, and their members from the Uyghur community in China were transported to Idlib through Turkey expressly at the behest of Erdogan, who feels the Uyghurs are his ancestral kin.

Recently, HTS reached a security agreement with the Jundallah organization, which HTS calls Abu Fatima al-Turki, and was announced on November 7.  The agreement called for Islamic Law (Sharia) training course to be supervised by TIP.

Jabal al-Turkman area in the northern countryside of Latakia is the home to thousands of Uyghur terrorists and their extended families.  From their location, they often carry out drone and missile attacks on Kessab, Latakia, and the Russian airbase near Jeblah.

In March 2020, Turkey allowed its observation posts in Idlib to be co-mingled with terrorists, and Russian Defense Ministry Spokesman Major General Igor Konashenkov blasted Ankara for amassing troops in Idlib, which amounted to a strike force the size of a mechanized division.

The Russian Center for Reconciliation of the Opposing Sides and the Syrian government delivered to the areas freed of terrorists the needed assistance for residents; however, the UN and Western charities delivered humanitarian aid across the Turkish border which was received by the terrorists.

36 Turkish soldiers were killed in an airstrike which was embedded among the terrorists.

The FSA were initially armed, funded, and trained by the CIA until 2017 when Trump shut down the Obama-era project for regime change in Syria. Trump had tried to withdraw US troops from Syria, but the Pentagon wouldn’t allow it.  Erdogan has remained supporting the FSA in Idlib, which he has also shipped off Libya to battles there.

In September 2018, Turkey and Russia signed an agreement in the Black Sea resort of Sochi, under which Ankara was required to establish observation posts in Idlib and separate terrorists from other armed anti-Damascus militant groups willing to engage in peace talks with the Syrian government.

Turkey was also obliged to take effective measures to ensure a lasting ceasefire in the region; however, Turkish-backed terrorists control Idlib and are co-mingling with Turkish troops, while they continue to target Syrian troops and allied Russian personnel.

In 2018, Idlib was supposed to be a “de-confliction zone” between the Syrian government and Turkey, but fighting broke out in late 2019 between the Syrians, backed by Russia, and Turkish forces and the terrorist groups they back, resulting in scores of deaths over subsequent weeks. In March 2020, a cease-fire agreement was reached between Putin and Erdoğan in which Turkey and Russia agreed to a security corridor and joint military patrols along a seven-mile stretch of the strategic M4 highway that runs through the province. However, Turkey never implemented their part of the agreement, and thus the M4 highway linking to the port of Latakia with the industrial city of Aleppo has never been opened.

In September 2021, Erdogan and Putin met again to discuss Idlib; however, the situation has not improved since, and Idlib remains a status quo, which has acerbated the suffering of civilians caught in the crossfire.

The Syrian government has been defending civilians from terrorist occupations since 2011 and has recovered about 70% of the territory. The conflict was conceived and funded by the US-EU-NATO complex, Turkey, and the oil-rich Gulf monarchies.

In 2015, Russia was invited into Syria to help in the fight against terrorism, after which Russia emerged as a key power-broker, and has been successful compared with the failure of the West’s regime change project.

Syrian President Assad accused Turkey and the US of illegally occupying and plundering Syria, and accused the Turkish army of participating in ethnic cleansing when it forced Kurdish Syrians from their homes.

Steven Sahiounie is an award-winning journalist