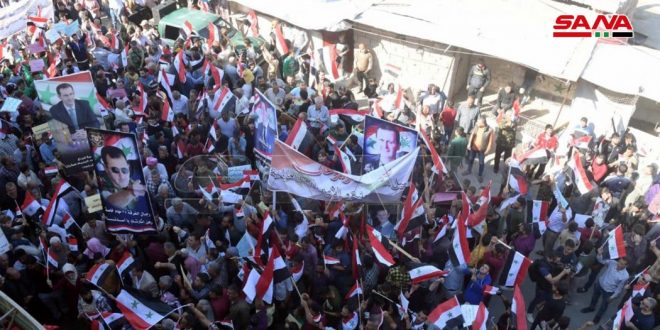 People of Tel Raafat town organized a mass gathering in the center of the town in rejection and condemnation of the Turkish occupation and its brutal attacks on safe residential areas, in the northern countryside of Aleppo.

Participants in the gathering expressed their adherence to the Syrian territorial integrity and confront any attempts by the Ottoman Turkish regime to divide any part of the Syrian geography.

They stressed their absolute confidence in the ability of the Syrian Arab Army to confront any aggression and preserve the soil of the homeland to liberate every occupied inch and restore security and stability to the whole parts of Syria.