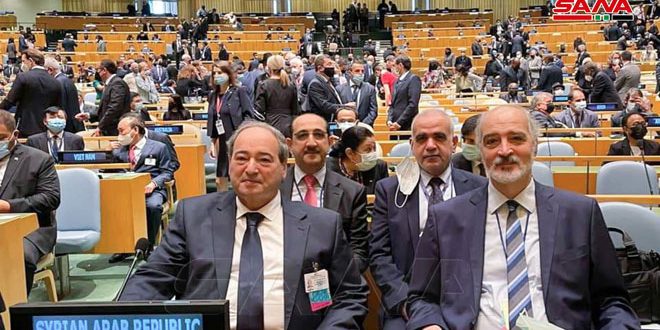 Secretary-General of the United Nations, António Guterres, said in a speech before member states that there are six major divisions which require from the international community to bridge them, on top, the achievement of peace especially in light of conflicts the world has been recently witnessing, in addition to the climate change.

The UN General Assembly launched the works of the 76th round headed by Abdulla Shahid, Minister of Foreign Affairs of the Maldives on September 14th with the participation of nearly one hundred Presidents, Prime Ministers and Foreign Ministers.