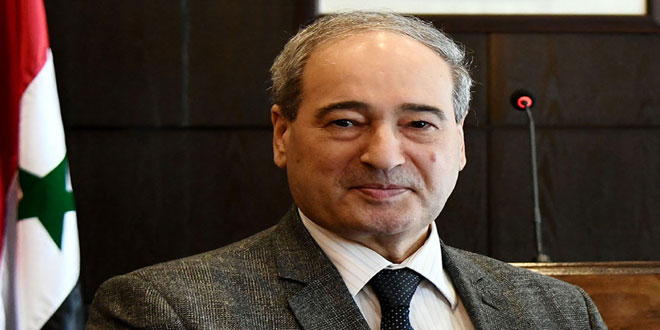 Syria participates in the activities of the 76th session of the UN General Assembly as the Assembly is scheduled to discuss issues and items on its agenda.

Dr. Mikdad holds, on the sidelines of the activities of the Assembly, several bilateral meetings with a number of foreign ministers and UN officials, and he is scheduled to take part in several activities to be held in the framework of the Assembly’s meetings.

The Foreign Minister will also deliver Syria’s statement in front of the UN General Assembly on Monday, 27th of the current month which will include Syria’s stance towards different issues and the developments related to the situation in Syria and the region.