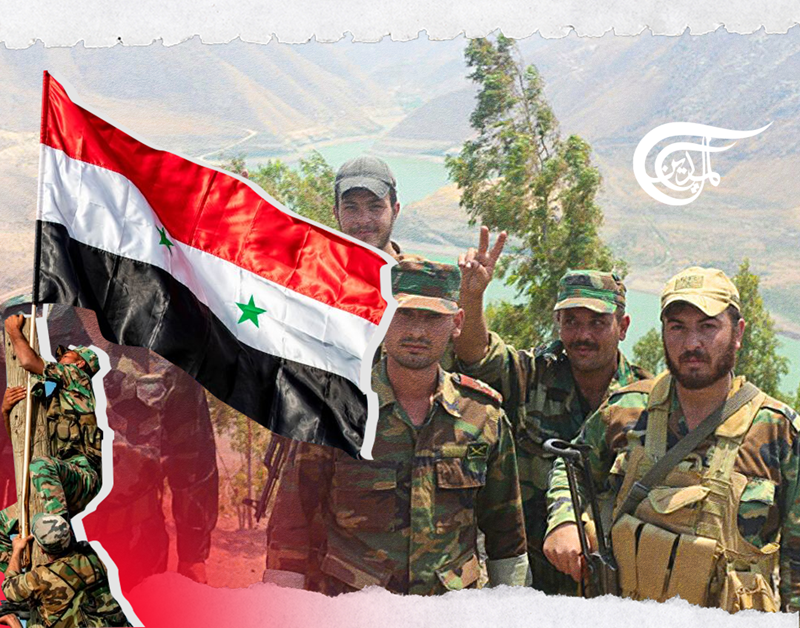 Just this week, an historical and symbolic right of return was carried out in neighbouring Daraa, Syria, where thousands of Syrians returned to their homes after ten years of war.

Since the recent escape of Palestinian prisoners from an Israeli jail, many commentators have alluded to the obvious fact that all of Palestine is effectively a prison — under Zionist occupation. For example, Omar Khalifah, writing for Qatari-owned news station Aljazeera, says that Palestine is a living museum of colonialism. But the writer doesn’t address the fundamental question of how it is possible for an entire people to be enslaved in the first place. Who are the collaborators with the Zionist oppressors?

The writer mentions the former British Mandate in the Middle East. But the British occupation of Palestine was part of their overall strategy for the Middle East that had been coordinated with the French imperialists during the First World War.

The British and French imperialists needed to foment revolts among the Arabs of the Ottoman Empire, so they told them to rise up against their oppressors. This was the famous ‘Arab Revolt’ which only served British and Zionist interests. One year after the 1916 Sykes/Picot agreement, signed by UK and France to divide the Middle East between them, the Balfour Declaration was concluded: The British had committed to giving Palestinian land to the Zionists. And the Zionists pretty much controlled the British through the international banks which had crippled the finances of the empire.

Therefore, understanding how it is possible for Palestine to be an open-air museum of colonialism requires looking at the history of the Middle East as a whole. There will never be peace in Palestine until the right of return of the displaced Palestinians is respected. And sufficient pressure on the Zionist regime will never be exerted until the Arabs are capable of acting as Arabs, rather than warring fiefdoms, more intent on killing each other than the Zionist enemy.

Just this week, an historical and symbolic right of return was carried out in neighbouring Daraa, Syria, where thousands of Syrians returned to their homes after ten years of war. Daraa, in southern Syria, was where the war began. On 15 March 2011, as imperialists and Zionists were again encouraging the Arabs to ‘revolt’, snipers opened fire on Syrian police in Daraa, killing eight of them. Mercenaries, backed by the Western military alliance and “Israel”, began an invasion of the country, killing all before them in a manner reminiscent of the Zionist atrocities in Deir Yassin in 1948.

The Syrian government was forced to mobilise the army against terrorists backed by Zionist imperialism. “Israel” provided aid to the terrorists. Some of them were even treated in Israeli hospitals. The former Israeli ambassador to the United States said in 2014 that he would prefer to see the Islamic State taking over Syria than to have President Assad in power.

But here’s the problem: Which side were Qatar and the Gulf States on? Qatar was unashamedly on the side of the Zionists. Gulf State sponsored media was unflinching in its desire to be the principal voice of Zionist collaboration in the region. Day after day, lies and disinformation, a torrent of fake news designed to provoke an imperialist intervention in Syria was the mainstay of Gulf State sponsored media.

But due to the efforts of the Syrian Arab Army and their anti-colonialist allies, the Zionists failed in Syria. Now, as Gulf States normalise relations with “Israel”, the anti-Zionist Axe of Resistance is stronger than ever before. It also appears that certain Palestinian leaders themselves are beginning to realise they were on the wrong side throughout the conflict, as the recent meeting between Hamas and the Syrian government has shown.

The point here is this: If you want to oppose Zionist oppression in the Middle East, you have to understand that Zionism is more of an international than regional force. In other words, Zionism is the driving force of the Western military alliance. It drives NATO. It drives the EU military build-up. And of course, it drives the United States. Failure to grasp that fact is the main reason why the Zionists continue to occupy Palestine.

In fact, there is an entire industry of politics of pity feeding on the Palestinian predicament. The Gulf States love to publish left-liberal drivel about ”solidarity” with Palestine etc. But when it actually comes to fighting the Leviathan control, they are invariably the lackeys of the Jewish nationalists.

The return of the Syrian people to Daraa is what happens when you have good leadership of a disciplined army, schooled in patriotism. When you allow imperialism to send foreigners en masse into your country, you will in time be displaced. You will become a refugee in your own country. The key problem here is not necessarily immigration, the key problem is immigration in the service of imperialism. The occupation of Palestine is a direct result of mass Jewish immigration. Now, as “Israel” and zionist media promote mass immigration into Europe, left-liberals on the pay of the Gulf States never ask why none of those affluent states offered to take in the bulk of the refugees. Perhaps, it was because the Zionists wanted to extend the wars into Europe?

Patriots everywhere understand that the plight of the Palestinians is the plight of every man who loves his country and is prepared to fight for it. Left-liberal victimology is a liability rather than an asset of the Palestinian liberation movement. It is a beast every bit as pernicious as Zionism itself. When it is crushed, Palestinians will return to their homes like the people of Daraa, while left-liberalism and its neo-colonial sponsors will be consigned to the museum.

But there is something more about the right to return. I have said in another article that in this Zionist world disorder we are all in a sense becoming Palestinians. That process of dispossession has been accelerated by the COVID hysteria. We have not yet lost our lands. But most people have lost their minds.

There is a longing to return to some form of normality. People are turning away from liberalism towards the true values of God, family, and nation. They are beginning to see that the ‘liberal’ in liberalism is in fact tyranny. The rulers of the world say that when they have reset our lives, there will be no return. We have the right to return! The victory in Syria proves that no amount of oppression can prevent people from returning to what is true and good and beautiful.