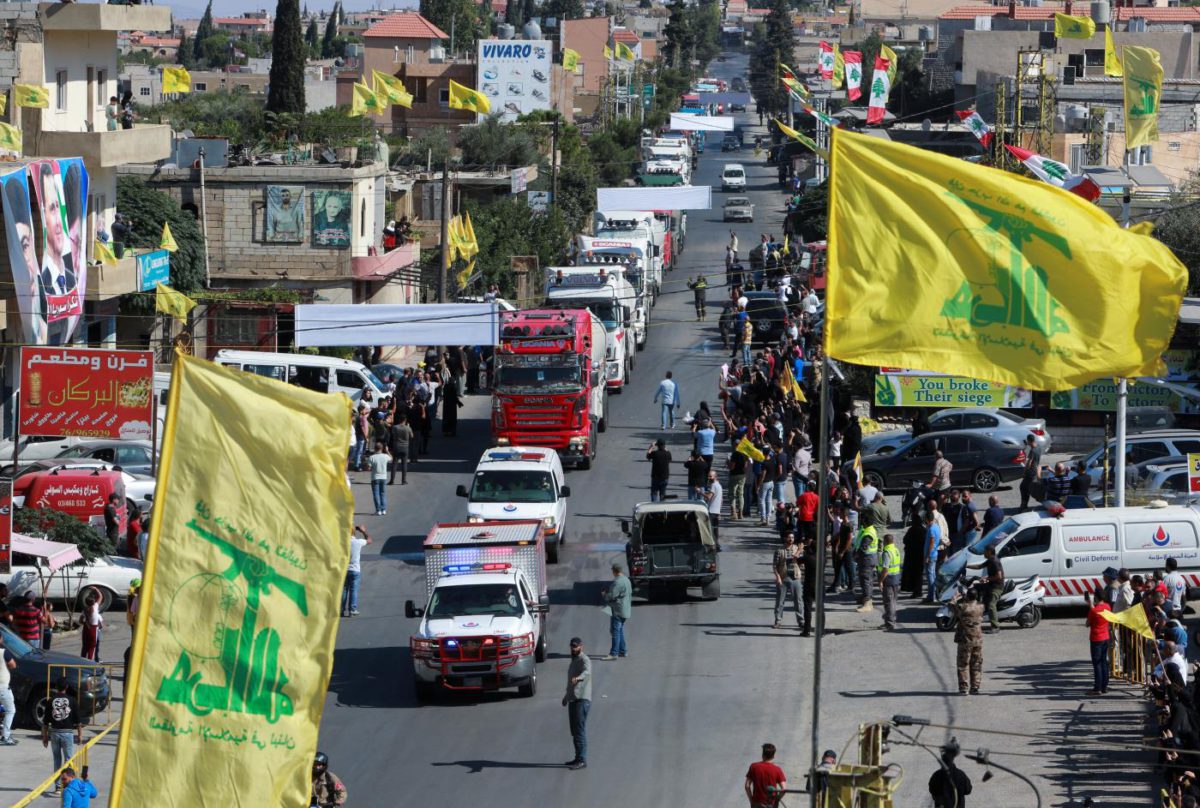 Lebanese citizens waved Hezbollah flags and pelted the tanker trucks with petals as they entered the country.

According to Hezbollah, two convoys totaling 40 trucks entered northeastern Lebanon via Syria. Sources added that from there, the tankers would stop between the villages of Ain and Laboueh before reaching their destination outside the city of Baalbek.

“Thank you, Iran. Thank you, Assad’s Syria,” declared a banner, referring to the help provided by the Syrian government.

The oil tankers were forced to unload their cargo at a Syrian port before the fuel could proceed to Lebanon using trucks as a way to circumvent US sanctions.

But while Washington has reiterated that sanctions on Iranian oil sales remain in place, US officials have not said whether they are considering taking any action over the arrival of the much needed fuel.

In response to news of the Iranian fuel shipments, US officials have been scrambling over the past month to find ways to provide Lebanon with alternative energy options.

But their attempts so far have managed only to secure Iraqi oil that is incompatible with Lebanon’s power grid, and to import gas and electricity from Egypt and Jordan by using Syrian infrastructure, which is in dire need of repair as a result of Western-backed attacks.

For its part, the Lebanese government has maintained that Hezbollah did not seek official permission to import the Iranian fuel and officials have warned about “repercussions.”

Earlier this week, Hezbollah General Secretary Sayed Hassan Nasrallah announced that a month’s supply of fuel will be donated to institutions in need, including hospitals, orphanages and the Lebanese Red Cross.

Nasrallah added that the fuel will be sold “below cost” as the resistance group is not seeking to make a profit, and that four shipments of Iranian fuel to Lebanon have been confirmed so far.

According to oil export monitor Tanker Trackers, a total of 33,000 metric tons of gasoil are being shipped to Lebanon from Iran, adding that Hezbollah will need 792 trucks to deliver the entire shipment.

Lebanon’s energy crisis is a result of an economic meltdown that has devastated the country since 2019. Over the past two years, the value of the Lebanese lira has plummeted by 90 percent and about three-quarters of the population dropped below the poverty line.

Rolling blackouts and fuel shortages have plagued Lebanon for months as the failing infrastructure is only able to provide a couple of hours of electricity per day on average, while families often struggle to afford the surging costs of private generators.