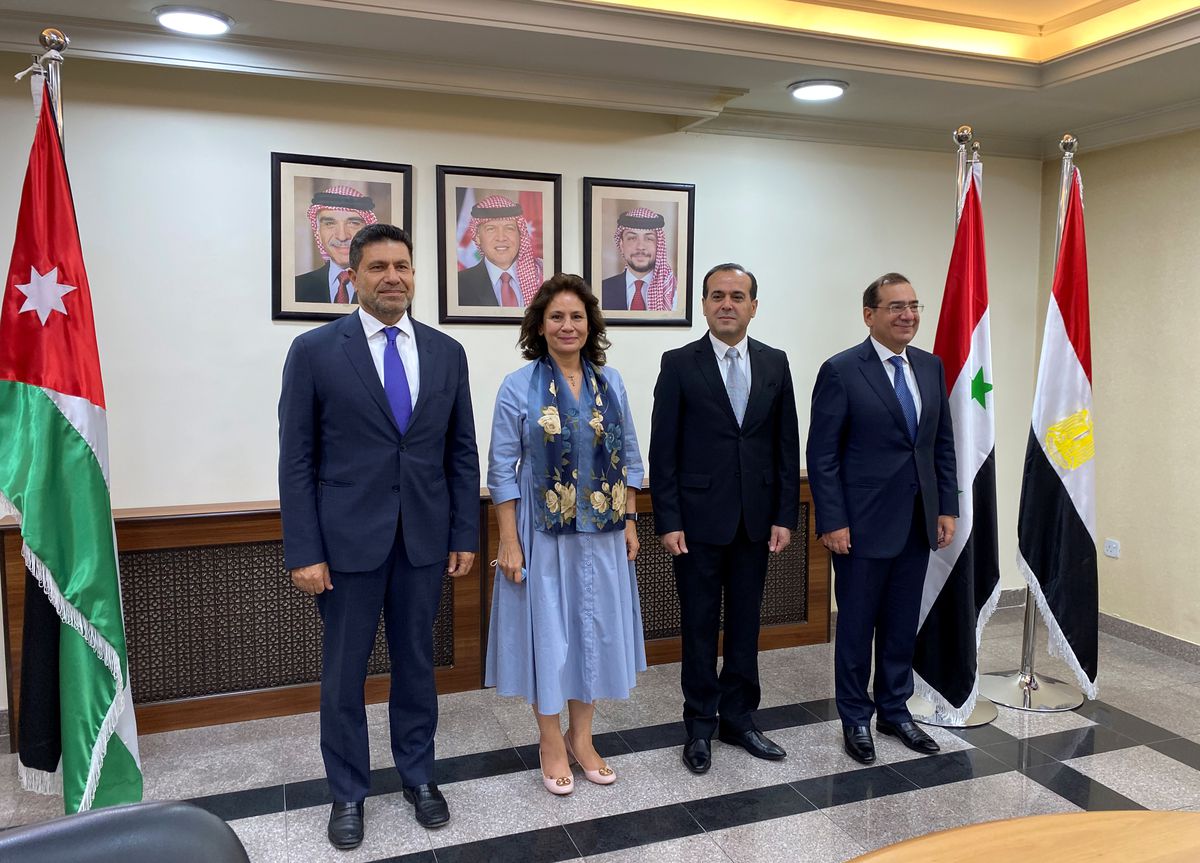 The energy ministers of Egypt, Syria, Lebanon, and Jordan have agreed on a roadmap to supply Lebanon with Egyptian natural gas as part of a US-backed plan to allay a crippling power crisis.

The plan, agreed upon during a high-level meeting in Amman, calls for Egyptian natural gas to be piped to Lebanon via Jordan and Syria.

This will be achieved by reviving the section of the Arab Gas Pipeline used to transport gas from Egypt to Lebanon, despite the fact this section has not been operative since the early 2010s.

Nonetheless, Lebanese caretaker Energy Minister Raymond Ghajar told a news conference that Beirut was working with the World Bank to secure finance for both the deal and repairs to the infrastructure.

Egyptian Petroleum Minister Tarek El-Molla said Cairo hopes to export natural gas to Lebanon “as soon as possible,” and that “Egypt is working to speed up coordination for the delivery of Egyptian natural gas to Lebanon through Jordan and Syria, given Egypt’s keenness to ease the burden of the Lebanese people and to contribute to Lebanon’s support and stability.”

The agreement calls for Egyptian gas to be transported via Jordan and Syria to northern Lebanon to activate gas-operated power plants that have been dysfunctional for 11 years. It also calls for the transmission of electricity from Jordan via Syria as well.

In relation to this, Syrian Energy Minister Ali Ghanem said: “The transmission line was damaged, but it has been repaired and is now ready and protected by a security company.”

Syria’s vital involvement in this US-backed scheme has raised questions over whether it will violate unilateral US economic sanctions imposed on Damascus, or whether it will invalidate them and, in particular, the so-called Caesar Act.

These concerns have been amplified, as the plan was concocted by US officials who scrambled to respond to the announcement that Lebanese resistance movement Hezbollah had acquired various shipments of Iranian oil.

Hezbollah leader Sayeed Hassan Nasrallah announced the agreement last month in a bid to curtail an energy crisis that leaves most citizens with no access to electricity for 22 hours a day. At least three ships have already set sail from Iran towards Lebanon.