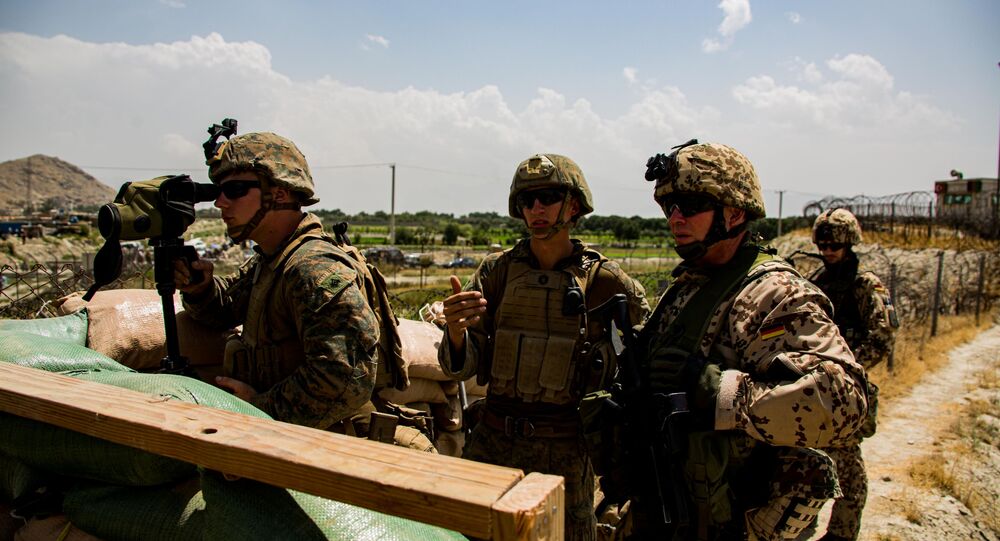 The first solid facts proving that some Western military strikes resulted in civilian casualties emerged in 2010, when WikiLeaks released the Afghan logs – dozens of thousands of classified war documents downloaded from the Pentagon network by whistleblower Chelsea (born Bradley) Manning.

The cases of mass civilian killings in Afghanistan, allegedly committed by the US and other NATO countries, which took part in the 20-year-long war, should be investigated and those responsible for the war crimes should be held accountable, spokesman for Chinese Ministry of Foreign Affairs, Wang Wenbin has stated.

“The lives and the human rights of the Afghan people should be safeguarded. This is about the international rule of law, justice, and the progress of human rights”, the spokesman said.

According to the Chinese Ministry of Foreign Affairs, some 47,000 Afghan civilians died as a result of the armed conflict in Afghanistan by April 2020, when the US and the Taliban* signed the peace agreement. The latter ultimately resulted in NATO’s withdrawal from the country, which was complete on 30 August 2021.

The information about massive civilian casualties in Afghanistan as a result of the actions of the NATO troops was first made public in 2010, when WikiLeaks leaked over 91,000 classified documents downloaded from the US military network by whistleblower Chelsea Manning. The documents showed that the killings of hundreds of civilians remained unmentioned in the US and NATO reports about their military actions in the country, sparking a wave of public discontent. None of the countries was held accountable based on these revelations.

Most recently, the Afghan and American networks reported another debacle committed by the US troops amid the chaotic evacuation via the Kabul International Airport. Following the deadly Daesh-K* bombing at the airport, which claimed the lives of around 200 people, including American soldiers, the US reported conducting an airstrike in Kabul targeting a Daesh-K* vehicle. However, CNN and a local broadcaster said the blast also killed several civilians, including six minors in the city. Pentagon vowed to investigate the reports and said it was not in the position to debunk them at the moment.