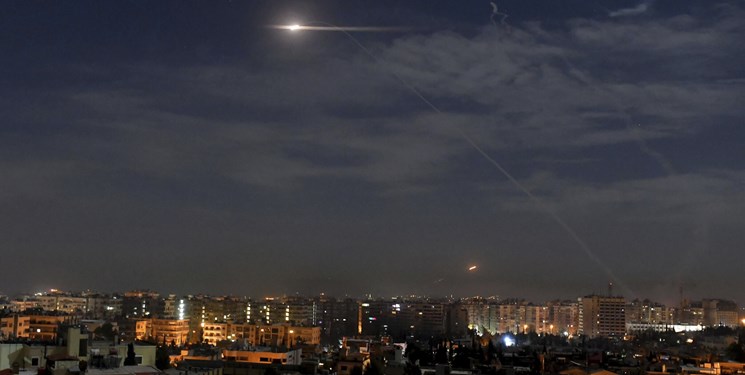 TEHRAN (FNA)- Yemen’s defense minister pledged support for the Syrian government in the face of “blatant foreign interference”, praising Damascus for standing up to the aggressive and hegemonic countries.

Major General Mohammad Nasser Al-Atefi made the remarks in a message on Thursday to his Syrian counterpart, Ali Abdullah Ayyoub, to congratulate him on his reappointment to his position, Yemen Press Agency (YPA) reported.

In his message, Al-Atefi stressed the importance of enhancing communication and cooperation between the armies and brotherly peoples of Yemen and Syria, expressing the solidarity of the Yemeni armed forces and their support for the Syrian armed force against blatant foreign interference.

He also praised the great struggle made by his Syrian counterpart, along with members of the various branches of the Syrian armed forces “in combating the countries of aggression and global arrogance”.

Late on Thursday, the Syrian Army’s air defenses intercepted an Israel missile in the surroundings of Damascus and Homs cities.

Syria’s official news agency SANA quoted a military source as saying that Israel launched an air raid from the Southeast side of Beirut against some posts in the surroundings of Damascus and Homs.

“Our air defenses confronted the [Israeli] missiles and shot down most of them, and the outcomes of the aggression are being verified in the meantime,” the source added.

The spokesman of the Palestinian resistance movement Hamas said the aggressive behavior of the Israeli regime, including its bombing of Syria overnight, is the real cause of tension in the region.

“It is necessary to confront this aggressive Zionist behavior and put an end to it and deter it from continuing this aggression,” Hazem Qasem said.

Syria and the Israeli regime are technically at war due to the latter’s 1967-present occupation of the Arab country’s Golan Heights.

The Israeli regime maintains a significant military presence in the territory, which—similar to the Lebanese airspace—it uses as one of its launchpads for attacks against the Syrian soil.