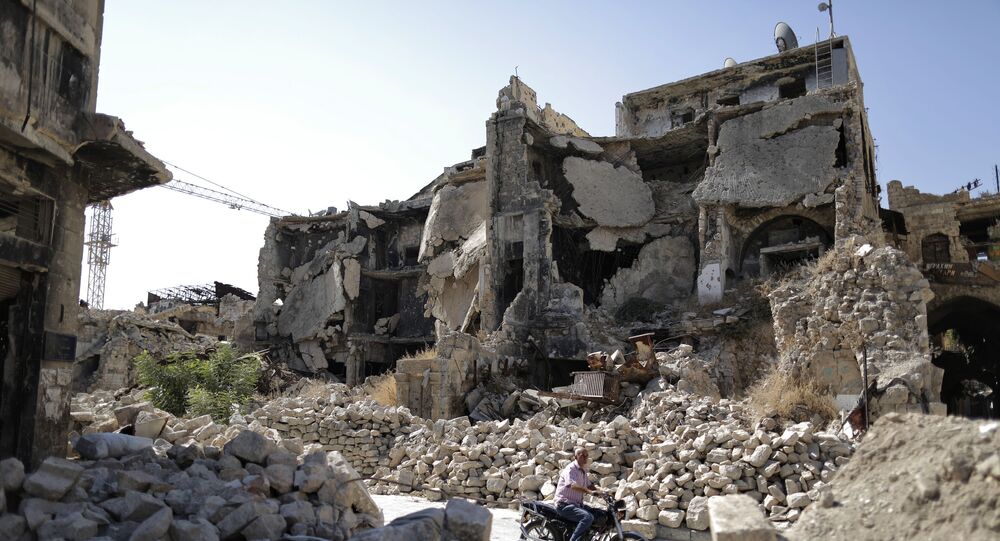 Militants have attacked the positions of the Syrian armed forces in the province of Aleppo, injuring one soldier, Rear Adm. Vadim Kulit, the deputy head of the Russian Defense Ministry’s Center for Reconciliation of Opposing Sides in Syria, said on Monday.

“Militants of illegal armed groups operating in the Syrian territory controlled by the Turkish armed forces have shelled the positions of the Syrian Arab Army near the Avsariya settlement of the Aleppo province. As a result, one soldier of the Syrian government forces was wounded,” Kulit said

The official also mentioned that a reconnaissance drone belonging to militants had crashed near a village in Aleppo.

“Thirty-seven shelling attacks from the positions of the Jabhat al-Nusra* terrorist group were registered in the Idlib de-escalation zone in the provinces of Idlib (19 attacks), Latakia (11 attacks), Aleppo (3 attacks) and Hama (4 attacks),” Kulit said.

He said the number of attacks according to the Syrian data totaled 26.

The Russian Defense Ministry’s Center for Reconciliation of Opposing Sides and Control over the Movement of Refugees in the Syrian Arab Republic was established in February 2016. Its tasks include the signing of agreements of illegal armed groups and individual settlements joining the ceasefire, as well as coordinating the delivery of humanitarian aid.