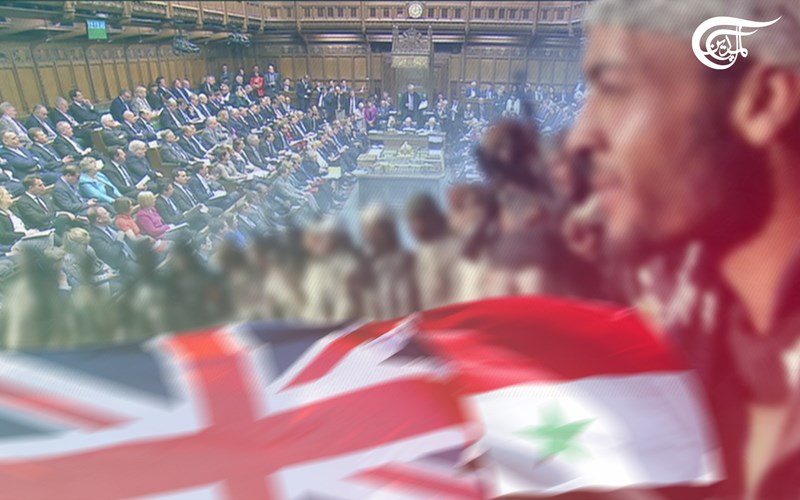 The discovery of a £350 million British government “slush fund for jihadist groups” leaves no question that Britain is fighting a secretive dirty war against Syria.

Investigative journalists from Declassified UK published the results of research last week detailing how the clandestine government Conflict, Stability and Security Fund (CSSF), which appears to have very little oversight, has been funding opposition projects in Syria for years.

Naturally, Westminster has remained coy over exactly which groups it is in receipt of British taxpayers’ cash, refusing to give any more details than it has to. It hides behind vague notions of “national security” to justify its lack of transparency.

The CSSF is dedicated to supporting “Moderate Armed Groups” in Syria, although it is not entirely clear which organisations they mean.

But given that most of the projects operate in areas held by al-Qaeda affiliated organisations, it is reasonable to conclude that they are likely to be jihadist groups which would under the British government’s own definition be classed as terrorist factions.

Many of the names of the contractors delivering the projects are also redacted, according to the author of the Declassified UK report Mark Curtis.

But nearly £30 million was spent on 2016-17 on one of the projects run by the British Foreign Office which provided assistance and technical equipment to “empower the Moderate Armed Opposition in southern Syria to manage better the territory they control.”

Those areas were described as “besieged” but it would not have been difficult to see that jihadists would be the main beneficiaries of the project.

Indeed a 2017 report acknowledged that its launch “coincided with the resurgence of Hay’at Tahrir al-Sham’s [sic], an al-Qaeda affiliated group, in Idlib.” That group, along with other jihadists, now control northwest Syria causing great suffering to some 4 million Syrian people that live there.

Britain has been “intervening” in Syria since 2011, in what is often falsely claimed as a “peaceful uprising” against the Syrian government, lumped in as part of the so-called Arab Spring which started in Tunisia and swept across the region.

It was shipping arms and other hardware via what journalist Seymour Hersh described as “a rat line” through Libya and southern Turkey to the Free Syrian Army, – since renamed the Syrian National Army – an organization whose ranks are filled with former senior “ISIS” and al-Nusra members and foot soldiers.

Then British Foreign Secretary William Hague even went as far as planning an opposition government-in-waiting in the north of the country primed to take over once Assad had been toppled.

The US covert CIA Operation Timber Sycamore program also functioned during this period, funneling around $1 billion to fund, arm and train the myriad of jihadist organisations that Washington now absurdly claims to be fighting in Syria and Iraq in order to justify its continued presence in both countries.

The revelations of the dirty war being waged to overthrow the Syrian government should come as no surprise; although Britain’s loyal corporate media organisations have studiously ignored the Declassified UK report. To do so would expose their constant refrain – that Britain is doing nothing in Syria – as a pack of lies.

Britain’s mainstream media outlets have also been used as part of a propaganda war against the Syrian government.

In 2020 leaked documents revealed how the British government created a network of “citizen journalists” throughout Syria and other countries in the Middle East, often without them knowing that they were being directed from London.

The “journalists” recruited were told their equipment and stipends of between $250 and $500 (£195-£390) a month came from opposition groups.

Others were paid for individual photos or video clips, such as footage of “rebel soldiers” handing out food which could then be relayed to major broadcasters such as Sky News, the BBC or al-Jazeera as authentic Syrian-produced content.

The British government’s support for the jihadist-backed pseudo-humanitarian organisation the White Helmets is well documented.

But the manipulation of a report by the Organization for the Prohibition of Chemical Weapons (OPCW) which aimed to pin the blame for an alleged chemical attack on Douma on the Assad government was largely ignored.

My reports for the Morning Star and those of Peter Hitchens for the Mail on Sunday were the only coverage in the British media, a serious omission given that it led to airstrikes on Syria by Britain, France and the US and could have led to an all-out war.

These acts are part of Britain’s covert operations in its bid to overthrow the Assad government, something it cannot do openly via military intervention.

It is no secret that Britain, under former Prime Minister David Cameron wanted to join a US-backed war on Syria.

That he lost a parliamentary vote in August 2013 which would have authorised military action against President Bashar al-Assad “to deter the use of chemical weapons” was in no small part due to Britain’s anti-war movement.

While the two million people that demonstrated on the streets of London against the impending US/Britain-led war on Iraq failed to stop that military onslaught, it certainly shifted public opinion.

The lies told by then Prime Minister Tony Blair to parliament and the British people to justify involvement in the disastrous invasion and occupation, made it harder to sell a similar intervention again.

It left Britain to fall back on its old tried and tested method, of funding and supporting proxy organisations, which as a colonialist power it has used and nurtured to great effect via death squads in countries including Indonesia, Ireland and India.

It also funded and supported the Muslim Brotherhood against Nasser in Egypt when British interests in the Middle East came under threat and hoped their influence would spread to Syria at a time when Damascus had signed a technical aid agreement with the Soviet Union.

After plans for military intervention in Syria were foiled by intelligence services in 1956, British and American strategy changed tack with the secretive “Preferred Plan” once again plotting to use the Muslim Brotherhood to provoke an internal uprising.

The intelligence services relied on a tactic used to this day; the so-called “false flag” incidents which they hoped to be able to blame on Syria. A number of incidents on the country’s borders with Jordan and Iraq would, they hoped, be enough to trigger a military intervention.

Central to the “Preferred Plan” was the assassination of key individuals, including the head of Syrian military intelligence, the chief of the Syrian general staff and chillingly the leader of the Syrian Communist Party, Khalid Bakdash who was at that time a member of parliament.

The plan was eventually dropped due to lukewarm support from Syria’s neighbours, but British meddling in the region, and the desire for hegemony and imperialist control has continued to this day, as exposed by the recent revelations.

The reasons for Britain’s continued intervention and desire to overthrow Assad are clear, although his recent re-election has dealt a blow to imperialist ambitions, something recognised by countries that are reopening embassies and consulates in Damascus.

Chinese foreign minister Wang Yi’s recent visit to the region, which included a meeting with Assad following his inauguration are also likely to have set alarm bells ringing, particularly his suggestion that Syria could become part of the ambitious Belt and Road Initiative.

Beijing’s support for Syria and the strengthening of bilateral relations between the two nations, along with a commitment to help rebuild the country as it recovers from 10 years of foreign intervention will be viewed cautiously by both Britain and the US.

The British government has long-feared China getting a foothold in the region, in particular regarding Middle Eastern oil, control of which is so often at the center of geopolitical considerations.

That much of it flows eastward to China will be of particular concern, even more so as Washington fears the decline of the dollar as the global currency and with it America’s ability to control world financial markets.

China’s backing could prove crucial as Syria presses for punitive US sanctions that are crippling the country’s economy to be lifted, as Assad pledges to drive out Turkish and American occupying forces and bring stability to the country.

Beijing has become the main focus of the imperialists, subjected to a raft of sanctions, a propaganda campaign being waged against it and the threat of military intervention with warships and other hardware being mobilised to the region.

US President Joe Biden used the recent G7 and Nato summits to shore up support for his bid to contain China both politically and militarily with both organisations releasing statements claiming Beijing represented a threat to the “international rules based order.”

Both Britain and the US will be fearful of a global realignment away from their sphere of influence with a number of countries now looking toward Russia and China, building new relations both politically and economically.

The old empires are weakening, but this also makes them dangerous. It has seen increased hostilities to overthrow government’s in Venezuela, Cuba, Nicaragua, Iran, Syria and other countries in imperialism’s bid for global hegemony and control, along with its plunder of natural resources.

But it has also seen an upsurge in resistance which has thwarted its efforts at regime change, inflicting political and military defeats, while the US economic warfare has so far failed to turn populations against their democratically elected governments.

The British public deserve to know the truth about its government’s dirty wars and its involvement in covert operations across the world.

Britain’s continued involvement and attempts to overthrow the Assad government are doomed to fail.

It only serves to cause suffering to the Syrian people and fuels the very same jihadist groups that have exported terror to the streets of Britain and other countries.