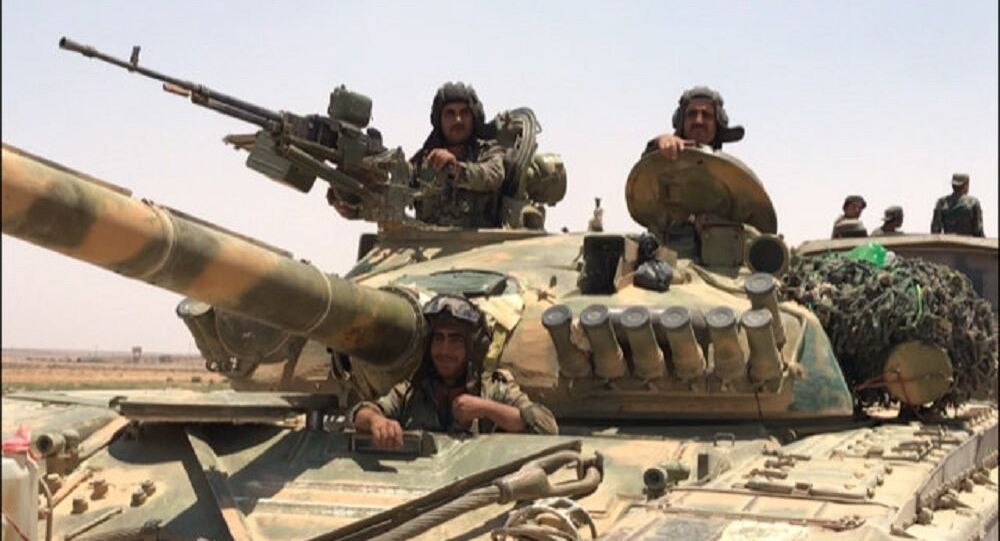 The Syrian armed forces launched an operation to neutralize terrorist groups refusing to lay down arms in the southern city of Daraa on Thursday morning, a Syrian military field source told Sputnik.

“The Syrian army launched a military operation a few hours after the breach of the agreements that had been achieved between the authorities and mediated by competent bodies, representatives of certain groups, and elders in Daraa Al-Balad [old city center]. The agreements implied that the armed groups in that district would lay down arms and would go through the rehabilitation procedure,” the source said.

The speaker specified that the operation would be step-by-step to enable the opportunity to resume the peace negotiations.

Also, local sources in Daraa told Sputnik that the government ramped up military presence in the city. Dozens of tanks, armored equipment, artillery, and hundreds of soldiers have been deployed to Daraa.

Earlier in the day, militants in Daraa fired rockets at Red Crescent workers when they were assisting locals in evacuating. No casualties were reported.