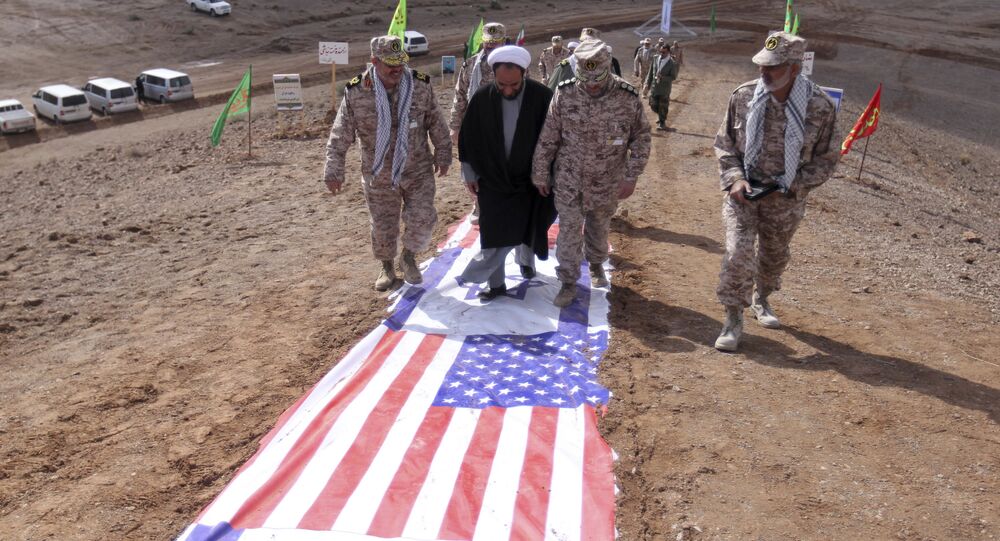 Created with Iran’s help during the 1982 Israeli occupation of southern Lebanon, Hezbollah has long remained one of Tehran’s closest allies and partners in the Middle East in the decades since, constituting part of the Iran-led “Axis of Resistance” alliance.

Islamic Revolutionary Guard Corps (IRGC) commander Maj. Gen. Hossein Salami has praised Lebanon’s Hezbollah movement, suggesting that the political party and militia force acts to stop Israeli “plots” in the region before they can be realised.

“Today, Lebanon and Hezbollah are standing strongly against the Zionists, and whenever the enemy seeks to take any action, Hezbollah would nip them in the bud,” the commander said in a speech in western Iran on Monday, his remarks cited by Tasnim and PressTV.

Salami blasted the United States, claiming that all the country has ever done to other nations is to spread poverty, backwardness, and plunder their wealth. But Iran was no longer affected by US propaganda, he suggested. “The US has no credit in the eyes of Iranians and we [in the IRGC] are ready to lay down our lives in the service of the Iranian nation,” he stressed.

Salami noted that Iran’s enemies have resorted to sanctions, other forms of economic pressure, and indirect action after realising that Tehran could not be defeated militarily. Urging Iranians to resist these pressures, he suggested that “no nation would attain power and development without fighting for them” and that “in the absence of resistance against enemies, the society would lose its dignity, security and power.”

He added that while “afflicting insecurity on Islamic countries’ borders, including those of Iran, has invariably formed one of the enemies and foreigners’ strategies,” adversaries would be forced to “take this dream to their graves.”

Salami is well-known for his sharp firebrand rhetoric against Israel and America, threatening to “raze” Tel Aviv “to the ground” if it attacked Iran, claiming that Israel’s government would be forced to “flee into the sea” by Hezbollah in the event of war, and boasting that Iran’s enemies would not dare “shoot even one blank” in Iran’s direction because of its response. Last year, Salami floated a theory that the coronavirus might be “the product of an American biological attack,” and warned that “America should know that if it has done so, it will return to itself.”