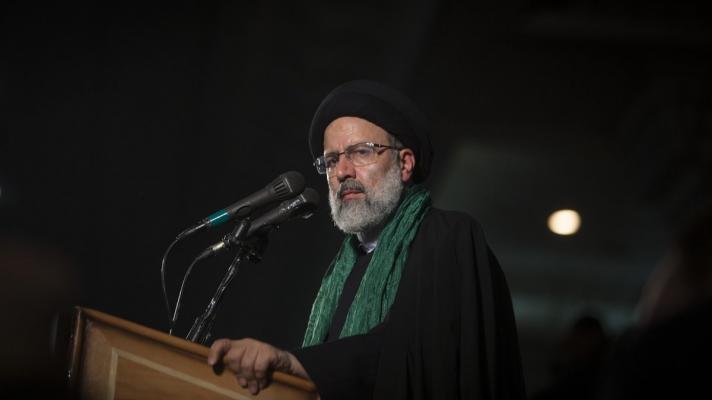 The US administration has changed its strategy towards the Middle East without abandoning its objectives and hegemony. Direct military confrontation with Syria and Lebanon is no longer viable because the human and material costs for the United States are too high. Therefore, a significant military presence and intervention in several countries in the region is no longer necessary. Therefore, the next war has become a war of “sanctions” and a war of sedition. It seems that this type of war by starvation is more successful than any previous US and Israeli wars (failed), especially in Lebanon, Syria, Iraq and Afghanistan.

Iran has withstood four decades of “sanctions” without submission, surviving 41 years of “sanctions” since 1979 and becoming autonomous in many necessary areas. Iran’s production of precision-guided strategic missiles has protected the country and its allies from any hostile military plans on its territories. This is why the United States has shifted the confrontation to Tehran’s allies in the Axis of Resistance, who suffer from weaker and more vulnerable economies.

Despite Iran’s financial support, the Axis of Resistance cannot reach the same level of Iran’s self-sufficiency in many sectors. The members of the Axis of Resistance exist in a less coherent environment and are thus exposed to a lack of societal consensus in their varieties. For example, Hezbollah’s intervention in Syria is at the center of dissension among different sectors in Lebanese society, and the country is suffering from a severe financial crisis. In Iraq, al-Hashd al-Shaabi is suffering from domestic attacks and Mesopotamia’s coffers are empty. In Syria, al-Qaeda, Turkey and the United States are still occupying the north of the country and preventing the main energy and food supply from reaching 70% of the country under the control of the Syrian government.

So, the US “economic hammer” against Iran’s allies has reaped some fruits that favor the Americans. US policy changes according to its experiences in the Middle East and the results its policies have produced over the past decades. Who will have the last word between Washington and the “Axis of Resistance”? Washington has created a new plan for the Axis of Resistance to contain it after all the past attempts.

The United States invaded Iraq in 2003, failed to impose stability and failed to bring all, or even most, Iraqis under its umbrella. On the contrary, large numbers of Iraqis want to see the U.S. leave their country permanently. In many years of occupation, the U.S. paid high prices in a war and occupation that killed and wounded hundreds of thousands of Iraqis, tens of thousands of U.S. soldiers and at a cost of some $2 trillion.

The war against ISIS in Iraq, years of corruption, internal political rivalries, mismanagement of services and infrastructural collapse have produced a complicated economic situation. Subsequently, former Iraqi Prime Minister Adil Abdul-Mahdi turned eastward to China, without abandoning Iraq’s strategic relationship with the West. The United States intervened to remove him from power through street protests carrying legitimate domestic demands (lack of electricity, decades of corruption and lack of job opportunities).

Prime Minister Mustafa Al-Kadhimi took over the empty financial funds, heavy debts and monthly financial burdens that Abdul-Mahdi could not cope with. This made him vulnerable and more in need of U.S. global economic influence and its oil-rich allies in the Middle East.

Many Iraqis, especially those prevalent in the most significant (Shiite) category, protested, expressing resentment from Baghdad to Basra. This is where the Shiite reservoir is located. The demonstrations demanded accountability from officials and took a stand against all politicians, mainly those at odds with the United States. Many Iraqi political leaders are fighting for power without paying much attention to the danger threatening their country. The United States and its allies hope that the upcoming elections will bring change and bequeath the aptitude of more amenable political leaders.

Even so, British Ambassador Stephen Hickey (whose term has expired) said that “it is inappropriate to have the next elections (by October) this year.” Iraqis rejected the UK’s interference in their domestic affairs and interpreted the ambassador’s statements as the West not wanting the elections to happen in due course.

Sayyid Muqtada al-Sadr surprised everyone by announcing his non-participation in the political process, refusing to participate in the elections and withdrawing the nomination of his representatives (although the deadline for withdrawal was set for the 20th of last month, making his action insignificant). Sayyid al-Sadr announced that he no longer supports the current al-Kadhimi government.

A senior official in Baghdad interpreted this as a decision by al-Sadr, “a political maneuver to draw attention to himself.”

“Sayyid Muqtada knew that the elections would not happen on schedule. It became clear to the West – from the list of candidates so far registered – that the same dominant parties will return to power, and the balance of political power will not change much in the future. This motivated him to attract the necessary support for himself and to control the traveling population again,” the source said.

Whatever the results, Iraq – one of the main pillars of the Axis of Resistance – is preoccupied with demanding a swift U.S. withdrawal. U.S. leverage to inject financial support into Iraq is a dominant consideration. As for the U.S. cost of internal protests in Iraq, internal disputes and disagreements are a trivial outcome. This policy gives a greater level of control than keeping thousands of troops on the ground, vulnerable to repeat attacks by the Iraqi resistance.

In Lebanon, the United States pressured the Israeli leadership to wage war to eliminate Hezbollah in 2006 and failed to achieve its “New Middle East” objectives. After the failure of these costly wars and the defeat of the Islamic State (ISIS), the Axis of Resistance consolidated their military ranks and became more robust than ever, equipped with combat expertise and precision missiles like never before. However, US policy is geared toward internal conflict and a low-cost economic war against Iran’s allies.

The local Lebanese currency has deteriorated and lost more than 90% of its value. Depositors could no longer keep their money from the banks, medicines have become a rarity in pharmacies and hospitals, gasoline is scarce, electricity is almost absent and the prices of goods skyrocketed and have become unaffordable for most of the inhabitants.

The United States would not allow the Lebanese government to seek help from China or for major Russian projects to rehabilitate infrastructure and establish refineries, power stations, trains and tunnels. Nor will it allow oil-rich countries in the region to help Lebanon financially. The purpose behind this is to provoke Lebanese society, in general, to accuse Hezbollah of being responsible for the current crisis, for its weapons that challenge Israel and US projects to subjugate Lebanon and impose normalization with Israel.

The war on Syria started in 2011 for “regime change”, including the breaking of the supply and solidarity line of the Axis of Resistance. The central government in Damascus was able to re-establish control over more than 70% of the country after 10 years of bloody war and the deaths of hundreds of thousands of Syrians. The cost of rebuilding Syria amounts to half a trillion US dollars.

In Syria, the Caesar Law with disciplinary measures against the Syrian government and the Syrian central bank – imposed by the United States and European countries – buried the Syrian economy and its local currency. The shortage of oil and medicines and the rising prices of raw materials, and their diminished presence, weaken the country’s economy.

Thus, U.S. economic “sanctions” hurt the people and soften their ability to cope with daily life much more severely than the 10 years of war.

The U.S. failure and withdrawal from Afghanistan is coming to an end (while saying it would maintain a permanent force under the rubric of combating terrorism). It took 20 years of bloody battles, killing and wounding tens of thousands of U.S. soldiers (and Afghan civilians and militants), and spending more than $2 billion for the U.S. to understand that its war in Afghanistan was returning power to the Taliban who control most of the Afghan regions.

Ansarollah, the Houthis, maneuvered to impose their presence over a large part of the country. They have been attacking the oil city of Mareb and have proven their skills in the production of precision missiles and armed drones with the help of Iran. The Houthis managed to impose deterrence on Saudi Arabia, even though Yemen is the poorest country in the Middle East.

In any case, the local currency lost its value and collapsed for the first time in 60 years, from 548 Yemeni rials to 1,000 rials to the dollar. Sana’a airport and Yemen’s ports are still under siege, and the country is suffering from famine and lack of medicine and oil. The US maintains the blockade of oil and gas tankers, including medical supplies, regardless of approval and inspection by UN directors.

So the cheap American hammer used its influence in the region and its relations with Europe to besiege the organizations and countries that reject American hegemony and Israel’s ambitions and projects. So, the policy of economic weapons and internal conflict by starving the people without confronting the Axis of Resistance and its factions bears some fruit. So that starving human populations is a more valuable weapon for the United States to divert attention from its presence in the Middle East.

It is a renewed strategy by which the United States uses all resources to tell Iran and its allies that it has not given up and that victory will go to those who remain standing. This undoubtedly relates to the course of the nuclear negotiations. If they sign any agreement, it is quite likely to tip the balance and restore the strength of Iran’s allies, which would help to calm the restless demonstrations of the Arab populations. The U.S. is clearly “learning,” and this will make the next negotiations, expected next month, more difficult to conclude, or perhaps impossible to reach.

More in my next article on Iran.