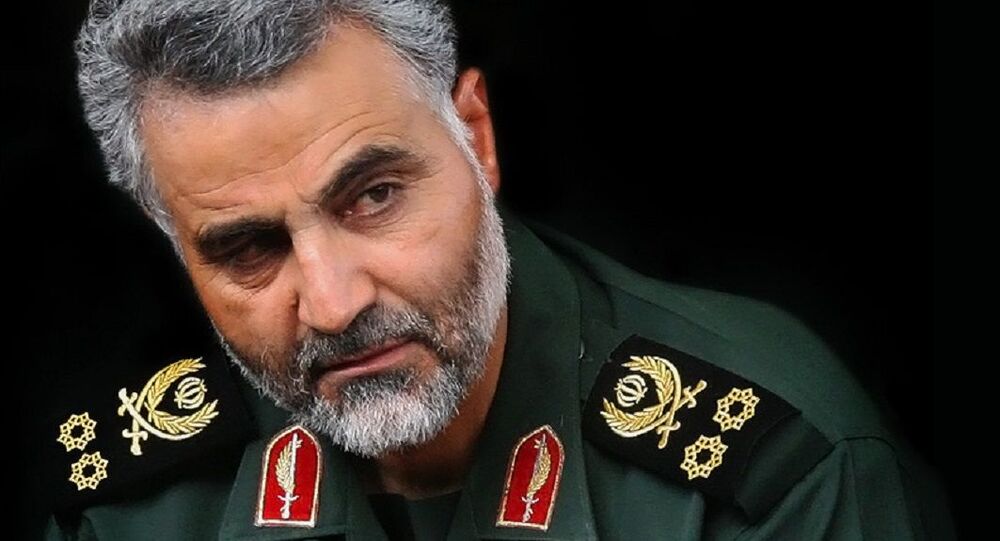 The United States killed Revolutionary Guard Quds Force Commander Qasem Soleimani in a drone strike in Baghdad, Iraq in January 2020. The assassination prompted Iran to launch ballistic missiles at two Iraqi bases housing US troops, and pushed Tehran and Washington to the brink of war.

Iran has repeated its call for justice for slain anti-terror commander Qasem Soleimani, with Iran’s ambassador to the United Nations office in Geneva characterising the general’s killing as an act of “state terrorism.”

“The term ‘arbitrary killing’ of Iran’s top general Qasem Soleimani in a document by the United Nations’ special rapporteur is insignificant, and using such expressions should not lead to undermining the illegal act of state terrorism,” Ambassador Esmaeil Baghaei Hamaneh said on Thursday, speaking at the 47th session of the UN Human Rights Council.

Characterising the Soleimani assassination as “a brutal, arbitrary, unjust, and illegal act,” the diplomat criticised the Biden administration over its lack of action on the matter and saying its “failure in holding accountable and bringing to justice the perpetrators behind the assassination is explicitly clear.”

Baghaei Hamaneh went on characterize Soleimani as a “real defender of human rights, as well as an opponent of occupation and Daesh* terrorists,” and said his killing constituted an “international crime” which threatened “peace and security in the world.”

The diplomat stressed that Iran and its regional allies would “never stop” in their quest to “bring the perpetrators behind that heinous crime to justice.”

Baghaei Hamaneh’s comments come on the one-year anniversary of a report by the UN Human Rights Council which found Soleimani’s killing to have been an “unlawful” act and a violation of the UN Charter. The US dismissed these conclusions.

Soleimani’s vehicle convoy was struck by a US drone at Baghdad’s airport on 3 January 2020, with Iraqi counter-terror commander Abu Mahdi al-Muhandis, leader of the Baghdad government-allied Popular Mobilisation Force militias, killed with him, together with five Iranian and five Iraqi troops.

Soleimani had traveled to Baghdad for talks with Saudi officials in a bid to reduce tensions between Tehran and Riyadh. The US accused him of involvement in rocket attacks on US bases in Iraq in December 2019. Later media investigations found that Daesh or some mystery force was likely responsible for these attacks, and that the Shia militia the US claimed were involved did not operate in the predominantly Kurdish area.

Iran responded to the assassination by lobbing over a dozen ballistic missiles at targets inside Iraq where US troops were known to be stationed, but offered its Iraqi partners several minutes’ warning time to prepare for the incoming strikes. The missiles caused extensive damage to the facilities, but caused no casualties among US forces, although 110 US military personnel suffered traumatic brain injuries.

Iranian authorities have asked Interpol to issue arrest warrants against Donald Trump and dozens of other officials they believe are linked to the Soleimani assassination, but the international policing organisation dismissed the requests over their “political” nature.

Before his death, Soleimani commanded the Revolutionary Guards’ elite Quds extraterritorial fighting force, carrying out operations against Taliban  militants in Afghanistan, fighting Daesh and al-Qaeda in Syria and Iraq, and providing advisory support to Hezbollah forces against the Israeli military during the 2006 Lebanon War.