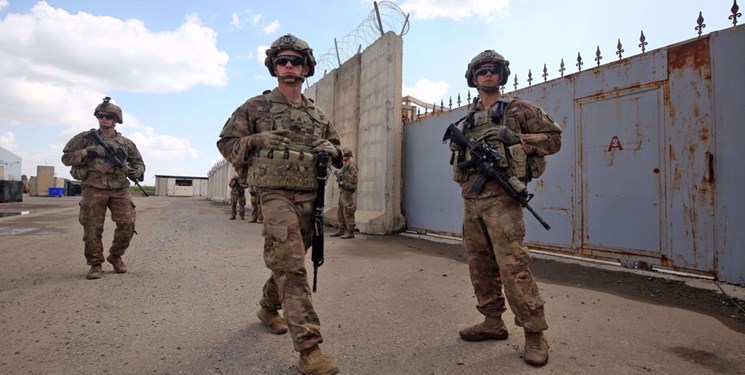 TEHRAN (FNA)- An unidentified drone dropped a number of explosive projectiles on a US military facility at the Baghdad International Airport in Iraq.

A security source told Shafaq News that the explosive-laden drone targeted a wall of an airbase at the airport at dawn Monday.

According to the source, the attack caused no casualties.

Media reports say the unmanned aerial vehicle hit a US military base.

Last week, at least three rockets hit Balad airbase, in the Iraqi province of Salahuddin, where US contractors are based, and another missile hit the Victory military base which US military aircraft use near the Baghdad International Airport.

Two explosions targeted convoys supplying forces of the US-led coalition, which is purportedly fighting the Daesh (ISIL or ISIS) terrorist group, in Iraq on Sunday.

According to Shafaq News, a roadside bomb targeted a US convoy on Salahuddin Highway, North of Baghdad.

Hours later, another explosive device hit a US convoy on Nasiriyah Highway, injuring three forces, including two Iraqis and one foreigner.

The attacks come as anti-American sentiments have been running high in Iraq.

Iraqi lawmakers have unanimously passed a bill mandating the withdrawal of all foreign troops from Iraq.

Iraqi resistance groups have pledged to take up arms against US forces if Washington fails to comply with the parliamentary order.