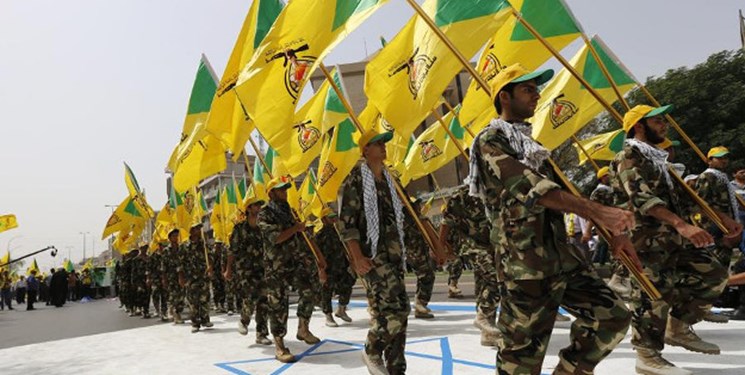 TEHRAN (FNA)- The official spokesman for Iraq’s Al-Nujaba Movement said his group is fully prepared to liberate the Israeli-occupied Golan Heights, emphasizing that all indications attest to the fact that the Tel Aviv is nearing its end.

Nasr Al-Shammari told Lebanon-based Al-Ahed news website that his movement formed the Golan Liberation Brigade in 2017, and the force is particularly working with Syrian resistance fighters to take back the strategic territory.

“Despite the fact that Al-Nujaba Movement is actively involved in the fight against Takfiri terrorist groups in Syria, this brigade is dedicated to confronting the usurping Zionist regime and will remain so. This brigade includes elite fighters, who have received excellent training for such wars, and have the necessary weapons for such battles. They can strike targets deep inside the Israeli-occupied lands and not just the Golan Heights,” Shammari said.

“The brigade is ready to liberate the Golan Heights as soon as the zero hour starts. This depends on our brethren in Syria. All indications suggest that the Zionist regime is approaching its end,” he pointed out.

Back in 1967, Israel captured large swathes of Syria’s Golan Heights during the Six-Day War. The territory has been occupied by the regime since then.

In 1981, Israel unilaterally annexed the Golan, in a move not recognized by the international community. However, the US recognized Israeli “sovereignty” over the occupied Golan Heights in 2019.

Shammari went on to say that fighters from the Lebanese Hezbollah resistance movement shattered the so-called invincibility myth about the Israeli army during the 33-day Israeli war on Lebanon in the summer of 2006, and Gaza-based Palestinian resistance groups lately dispelled allegations about Iron Dome missile system.

The Al-Nujaba Movement spokesman highlighted Operation Al-Quds Sword launched by Palestinians in retaliation for Israel’s acts of aggression, saying it showed Israeli authorities that the era of “safe depth” is over.

“The next battle will be deep inside the occupied territories, and will cover areas located between the Nile and the Euphrates,” he commented.

Shammari described the occupied Jerusalem Al-Quds as one of the holiest sites for Muslims worldwide, stating that its liberation is the primary goal of the Axis of Resistance, from Iran to Iraq, Yemen, Syria, Lebanon and Palestine.

“Response to any sacrilegious act against Al-Quds and its residents should not be restricted only within the occupied Palestinian territories, but should rather cover the entire geography of the Axis of Resistance,” he said.

“We have very firm beliefs that we will soon emerge victorious. The expulsion of the United States from the region, and obliteration of the Zionist regime are fairly imminent,” the Al-Nujaba Movement spokesman underscored.