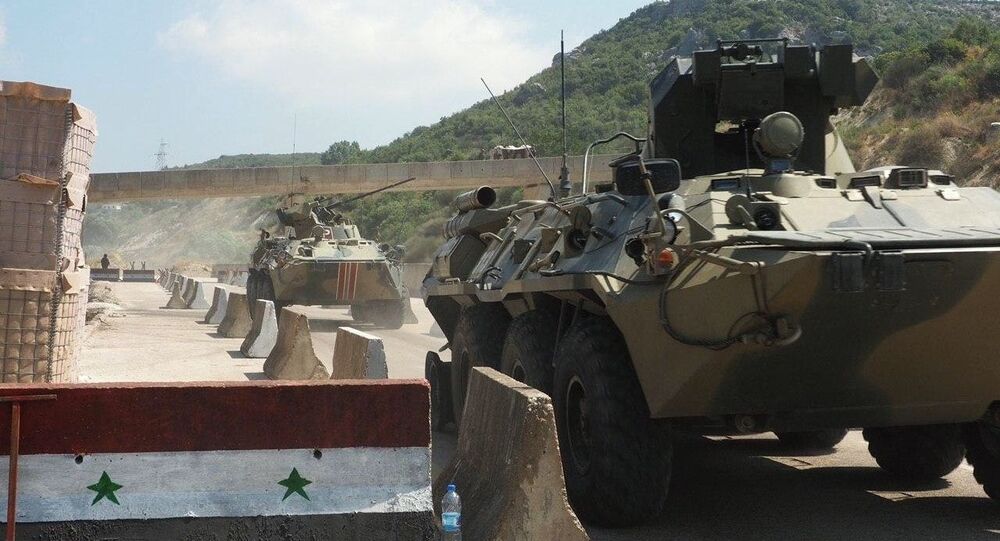 The Russian Defense Ministry established the Center for Reconciliation of Opposing Sides and Control of Refugee Movement in Syria In February 2016 as part of its efforts in the region to help mitigate the ongoing conflict between the opposing sides.

Armed terrorist groups are transferring armored vehicles to two localities in Syria’s Idlib, and Syrian government forces have reported a sharp increase in the number of shellings from those areas, Rear Adm. Vadim Kulit, the deputy head of the Russian Defense Ministry’s Center for Reconciliation of Opposing Sides in Syria, said on Friday.

“Illegal armed groups in the southern part of the Idlib de-escalation zone are transferring militant units and armored vehicles to the area of the Saan and Majdaliya localities in Idlib province. According to the command of the Syrian government forces, the number of attacks carried out by militants of terrorist groups from the indicated area at the positions of the Syrian armed forces in the directions of Rueiha, Jubas and Saraqib has sharply increased,” Kulit said.

According to the Reconciliation Center, 38 attacks were recorded in the Idlib de-escalation zone from the positions of the  Jabhat al-Nusra* terrorist group, of which 17 attacks occurred in Idlib province, 8 attacks in Latakia province, 4 attacks in Alleppo province, Hama province – 9 attacks.