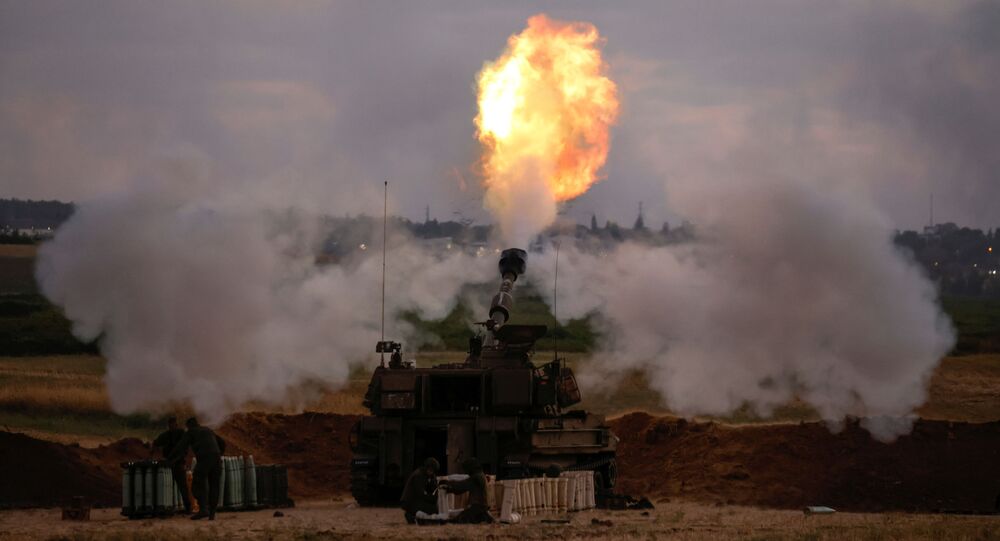 After the Second Intifada uprising and the 2006 election victory of Hamas in Gaza, Israel was forced to pull all its settlers out of the Gaza Strip, at which time it imposed a cordon sanitaire around the territory that has dramatically impacted access to basic necessities by its more than 2 million Palestinian inhabitants.

During an interview with Israel’s Channel 13 on Thursday, Maj. Gen. Eliezer Toledano, head of the Israel Defense Forces’ Southern Command, said that the IDF limited its recent war in Gaza due to civilian pressure “on the home front,” but noted the military is “totally prepared” to continue if necessary.

“The operation ended, or at least its first stage did. The next stage will happen if we see that the security situation has changed,” Toledano said, according to the Times of Israel. That “first stage” involved roughly 1,500 airstrikes on targets in the Gaza Strip, which the IDF said targeted members of Hamas and the group’s facilities. The group’s militant wing, the Izz ad-Din al-Qassam Brigades, fired more than 4,300 rockets and mortars at Israel during the 11-day war.

While most of Hamas’ projectiles were intercepted by Israel’s Iron Dome air defense system, Gaza has few air defenses and the bombs fell on apartment buildings in the densely populated city, killing 254 people, 67 of whom were children and 80 of whom were militants, according to local health officials and Hamas. In Israel, 12 civilians, including two children, were killed by Hamas rockets.

Toledano said the IDF tried to “make the most” of the conflict while public opinion in Israel was on their side.

“We don’t have operations like this every week or every month because we understand the burden that this puts on civilians, especially on the home front. And therefore when we launched this operation, we had to make the most of it,” he said, adding that “these wars are complicated in terms of the rockets.”

Israel’s previous major military operations in Gaza, in 2009 and 2014, each lasted several weeks and killed thousands of people, the vast majority of them Palestinians in Gaza, but also saw significantly increased numbers of Israeli civilians killed and injured as well.

In the aftermath of the May 20 ceasefire, both the IDF and Hamas have claimed victory. Hamas called the operation “Sword of Jerusalem” and said its intent was to halt the attacks by Israelis police against worshippers at Al-Aqsa Mosque and in the Palestinian neighborhood of Sheikh Jarrah, where several Palestinian families are at risk of being evicted after an Israeli court ruled in favor of Jewish settlers.

However, while the IDF claimed to have destroyed large numbers of stockpiled rockets and Hamas infrastructure and shot down some 90% of the rockets launched, the Times of Israel said after the conflict that the IDF’s “Operation Guardian of the Walls” had not been the resounding victory Jerusalem hoped for.

The wildcard now is the Wednesday formation of a government with New Right chief Naftali Bennett at the helm. While the right-wing figure recently referred to the bombardment of Gaza as part of Israel’s “just war against terrorism,” the kingmaker United Arab List, a small Palestinian party that helped the coalition to reach a majority in the Knesset, could be a moderating factor on some of Bennett’s more aggressive intentions.

A Palestinian party has never before been part of an Israeli government, and leader Mansour Abbas said on Wednesday that he only agreed to join the coalition after reaching “critical agreements on various issues that serve the interests of Arab society,” including education, welfare, employment, economic development, planning, construction, and crime and violence, according to Haaretz, as well as granting official status to Arab Bedouin settlements in the Negev Desert.

Prime Minister Benjamin Netanyahu, who has been head of the Israeli government for 12 years, warned right-wing members of the Knesset on Thursday to oppose what he characterized as a “dangerous left-wing government” coming into power, saying it was “selling” the Negev to the Bedouin.