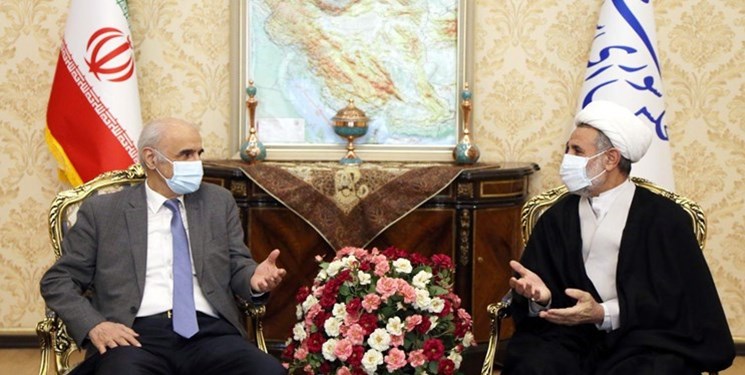 TEHRAN (FNA)- Chairman of the Iranian parliament’s National Security and Foreign Policy Commission Mojtaba Zonnouri said that his country is concerned about the instrumental use of Takfiri terrorism and transfer of ISIL terrorists from Syria to the Karabakh region.

“The reports released about transfer of the ISIL terrorists from Syria to use them in the recent conflicts are concerning,” Zonnouri said in a meeting with Armenian Ambassador to Tehran Artashes Toumanian on Monday.

He noted that presence of terrorists in the region does not benefit either Azerbaijan or Armenia or other regional states, and added, “The regional states, themselves, are able to protect the interests and security of the region, and the use of destructive streams that serve the interests of the West and the Zionists will only lead to the promotion of insecurity and instability.”

Zonnouri underscored the need for maintaining stability in the region and Armenia and respect for the international borders, and hoped for the immediate ending of turmoil in the region.

Toumanian, for his part, described Iran as an important and old neighbor of Armenia, saying, “Therefore, we welcome the Islamic Republic of Iran’s bigger role in regional developments.”

In relevant remarks in October, Iranian Army Commander Major General Seyed Abdolrahim Mousavi had voiced concern about the presence of Takfiri terrorists in Karabakh region, warning that the Iranian Armed Forces would show a strong and crushing response to any Takfiri and ISIL terrorists and Zionist that appeared at the country’s bordering areas.

The war in Nagorno-Karabakh re-erupted in late September 2020 between Armenia and Azerbaijan, becoming the worst fighting in the region in decades.

The two sides signed a ceasefire agreement to end the conflict in November 2020.

Under the agreement, Yerevan and Baku agreed on November 9 to end hostilities under a Moscow-brokered deal that secured territorial advances for Azerbaijan in Karabakh and seven surrounding districts.

Nagorno-Karabakh is internationally recognized as part of Azerbaijan but has been populated by ethnic Armenians.