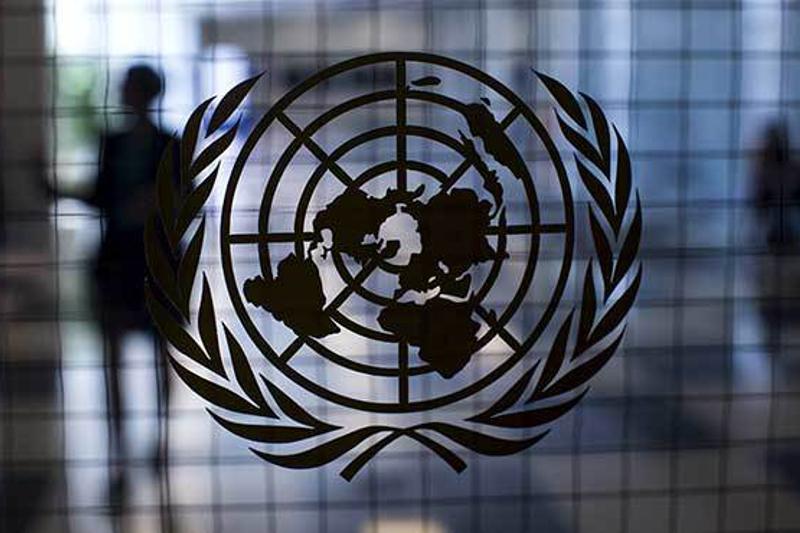 We thank Under Secretary-General Mr. Mark Lowcock and Special Envoy Mr. Geir Pedersen for their briefings.

As we heard from Mr. G.Pedersen, his contacts with the Syrian parties continue. We know that this process is not an easy one, but it needs to be continued to help Syrians find a common ground in the interests of the political process. Of course, COVID-19 affects the timing of the next round of the dialogue once it is agreed in principle; and we heard today that it has been agreed in principle. We support Special Envoy’s efforts. On our part, we will provide him with necessary assistance, including through our contacts with the Syrian parties.

In Idlib, the ceasefire introduced on March 6 is being generally observed. The number of violations does not exceed 2-3 per day. We continue to work with our Turkish partners to create a “security corridor” along the M-4 highway and resume transport links. Radical groups remaining in the area of ​​the M-4 highway impede the work of the Russian and Turkish military. They organize provocations and create blockades. On March 14 militants seized offices of the Syrian Red Crescent Society in Idlib and Ariha, looting property and detaining employees.

In the northeast, the situation is extremely difficult. At the end of 2019, only 2 state hospitals and 4 first-aid centers were fully operational on the east bank of Euphrates. Against the threat of a Coronavirus spread this news is alarming. As we were informed today, among factors that impede humanitarian access are restrictions on the movement and lack of security guarantees. There are reports that the aviation of the so-called “international coalition” destroyed bridges across the Euphrates river, thus cutting ties between Syrian territories. Information about continued malfunction of the Alluq water station was also alarming, we took every measure to ensure its restoration. Today we hear that water supply was restored.

There are reports that inside the Rukban camp first cases of Coronavirus infection may have been registered. There is no information about Al-Hawl yet, but given the location of the camp, which you can enter and exit, as well as the catastrophic sanitary conditions, there is little hope that the Coronavirus will spare it. Today we heard from the US about the Rukban camp. I would like to remind that it is not Damascus, but militants who are controlling the camp and preventing humanitarian aid from reaching people there. We also remind that the responsibility for the civilian population there lies with the illegally occupying forces. We would like to know what measures are being taken in the occupied Syrian territories. Not to mention that the issue of resettling of Rukban could have been resolved long time ago. We were calling for it for many months, as well as for the need for an early solution to the Al-Hawl problem.

It’s also strange for us to hear about the “stuck” delivery of “vital” medicines for the northeast. This topic was talked about a lot not so long ago; today we also heard references to it. Let me remind you that the Syrian Government on February 25 and 26 allowed the cross-line transportation of humanitarian goods to all parts of Syria from inside. One-time air delivery of medicines from Iraqi Erbil to Qamishli was also permitted. But now Erbil airport is closed, the one in Qamishli apparently too. Why the cargo was not delivered during this month period is a big question. But this is definitely not the fault of the Syrian authorities. At the same time reproductive health kits were delivered to Hasakeh province in coordination with Damascus. We would like to ask USG Lowcock to comment on this problem.

In fact, what we mentioned proves that if there is an adequate dialogue with Damascus, then issues related to the humanitarian assistance can be resolved while safeguarding the basic principles of humanitarian assistance. The Syrian authorities are taking all necessary measures to prevent spreading the virus: a curfew introduced, essential goods are distributed, quarantine response plans developed, laboratories opened, etc. An amnesty was announced and military service recruitment was temporarily suspended. Russia and China have already begun to provide assistance, including through sending medical supplies.

We consider it untimely and inappropriate to criticize Damascus and impose new conditions regarding humanitarian access. UN humanitarian agencies should strictly abide by measures introduced by the Syrian authorities to prevent the spread of the disease. This is for the sake of security of both the Syrians and the United Nations personnel. I guess none of the representatives of countries that have introduced the same restrictions on their territory would like them to be violated on any pretext. Humanitarian aid should not only be delivered, but it should be delivered safely. Only the Syrian Government is capable to ensure the safety of humanitarian aid. We know that the Syrian authorities are prepared to discuss options of humanitarian deliveries with the United Nations. The United Nations should engage with them in good faith.

In the current circumstances we reiterate our call and the call of UN Secretary-General to lift sanctions imposed on Damascus. Sanctions not only cripple the Syrian economy which is why common population suffers first of all, but also block the supply of medicines and equipment to the country. Today to speak about conditions for lifting sanctions is simply immoral. We remind once again that Syrians live throughout Syria and not only in Idlib. We urge our colleagues not to use the current situation for political purposes, but to actually help all Syrians.

Permanent Mission
of the Russian Federation to the United Nations