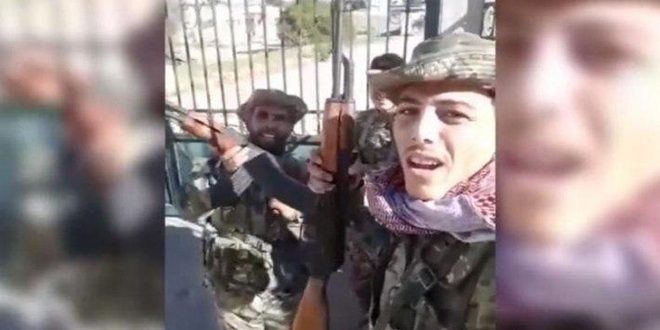 Western media sources unveiled that hundreds of Turkish regime’s mercenaries of the terrorists in Syria have arrived in Libya to participate in the battles there, few days after the information saying that Erdogan’s regime have transported groups of mercenaries who were positioning in Idleb and north of Syria to Libya.

The French RF Radio affiliated to the French Government reported that the information on transporting mercenaries from Syria to Libya by Turkey have recurred, “one after the other,” after video clips were published showing them in the capital of Tripoli.

The French radio quoted sources in the Libyan Mitiga airport as saying that a large number of Turkish regime’s mercenaries had arrived in Libya from Syria by unregistered flights.

It added that between Friday and Sunday, four planes landed at Mitiga International Airport, bringing in terrorists of the Turkish regime’s mercenaries who were transported from Syria.

On December 29, U.S. Bloomberg News Agency mentioned that an official at the Turkish regime and another one from the Government of National Accord in Libya revealed that a number of Erdogan’s mercenaries in Syria will be transported to Libya

Few days ago, local sources told SANA reporter that the areas of deployment of the mercenaries of the Turkish regime in the countryside of Hasaka and Raqqa witness the escape of dozens of these mercenaries, fearing that Erdogan will send them to fight in Libya in a similar scenario to transport thousands of terrorists and mercenaries to Syria across the border to attack the Syrian State.