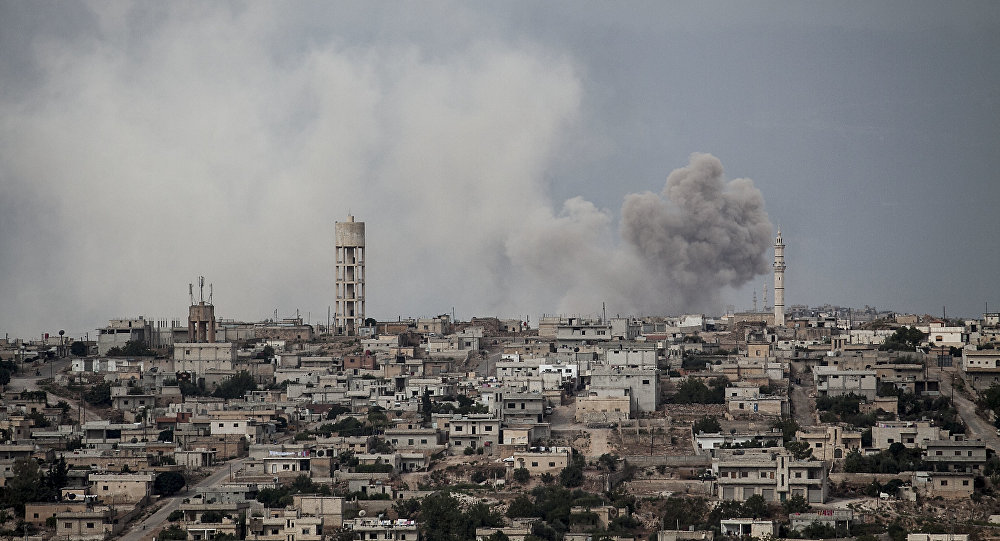 The Russian Centre for the Reconciliation of Opposing Sides received information that the leaders of Hayyat Tahrir al-Sham terrorist group together with members of White Helmets pseudo-humanitarian organization are planning to use poisonous substances and destroy civil infrastructure facilities in the settlements of the southern part of the Idlib de-escalation zone. The purpose of the provocations is the preparation of photo and video materials for distribution in Internet resources, Middle East and Western media, publications accusing the Syrian government of using chemical weapons against civilians and delivering indiscriminate blows. – Source

TEHRAN (FNA)- The terrorists of Tahrir al-Sham al-Hay’at (the Levant Liberation Board or the Al-Nusra Front) and White Helmets have transferred chemical substances to several cities in Idlib Province under the supervision of European and Turkish experts, local sources said.

The local sources noted that the chemical consignments have been transferred to the cities of Saraqib and Ma’aret al-Numan in Idlib province, and said that chemical substances contained chlorine gas.

In a relevant development in late June, media sources said that the White Helmets and Tahrir al-Sham were reportedly preparing to shoot a scene in the demilitarized zone in Idlib that would show a chemical attack by the Syrian Army.

The Arabic-language Morasseloun news website quoted special sources in Idlib province as saying that Tahrir al-Sham was planning to launch a new chemical attack on civilians and areas controlled by the Turkish Army in Mourek and Jbal al-Zawiyeh in Northern Hama and Southern Idlib.

The sources pointed to the preparedness of the White Helmets to take films from the preplanned chemical attacks, and said most probably the cameramen of the CBS television network who had recently obtained permits for preparing videos from Tahrir al-Sham terrorist commanders in Idlib would also contribute to shooting the scene.

According to intel, Tahrir al-Sham commanders had previously paid $200 to each of the White Helmets to take films and pictures from the aftermath of the chemical attacks on children in Saraqib and Jorjnaz in Idlib.

Meantime, the Tahrir al-Sham terrorists are also planning to conduct chemical attacks after the Syrian and Russian air forces carry out airstrikes on the town of Jorjnaz in Southern Idlib.

The sources noted that the terrorists intended to victimize civilians in real chemical attacks, and said that the White Helmets were also supposed to film the chemical attack to accuse the Syrian Army for the crime later.