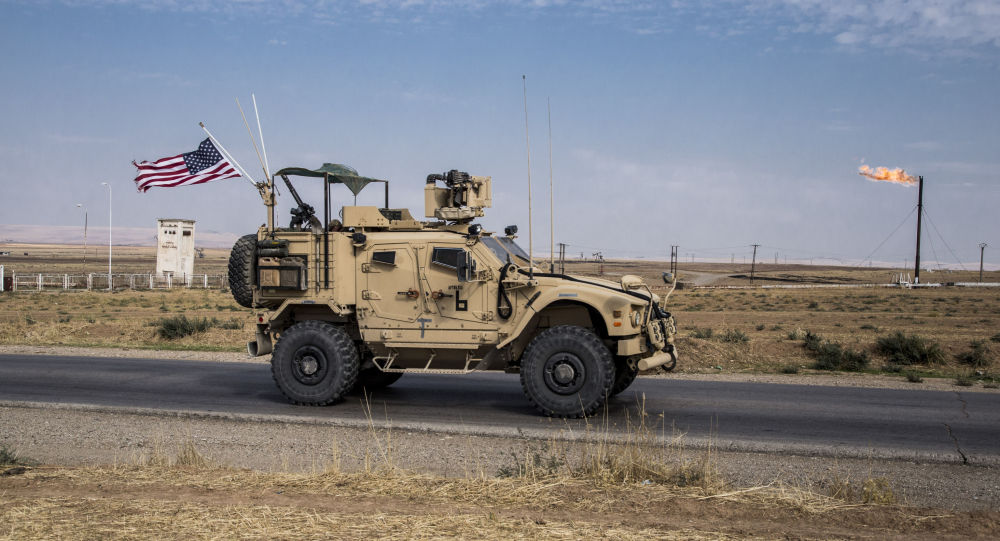 In October, President Donald Trump, who previously announced his intention to withdraw all US forces from northeastern Syria, said that some American troops would remain there to “guard oil” from Daesh* militants.

During a NATO meeting in London on Tuesday, President Donald Trump reiterated his “we keep the oil” mantra in light of the US troops’ withdrawal from northern Syria ahead of a Turkish military operation against Kurdish forces in the area in October.

“We have the oil, and we can do with the oil what we want,” Trump said.

The statement comes a few days after he reiterated his earlier statements regarding Washington’s control of Syria’s oil fields, repeating the formula that the US should “keep the oil” at least six times in less than a minute during a speech during a surprise visit to Afghanistan.

The similar claims were made by the US President during his meeting with Turkish counterpart Recep Tayyip Erdogan in Washington last month, when he again linked the issue to the US troops’ withdrawal from northern Syria.

“We have our troops out of there, and we will be bringing a lot of them back home, but again we are keeping the oil”, Trump said, in a statement that was followed by the claiming that oil revenues would in fact go to the Syrian Democratic Forces (SDF) rather that the US.

Trump Reveals Why Some US Troops Stay in Northern Syria

On 9 October, Turkey launched Operation Peace Spring in northeastern Syria to clear the area of Kurdish units and the Daesh* terrorist group.

The operation, which wrapped up on 17 October, came shortly after Trump announced his intention to withdraw all US forces from the area, remarks that were followed by POTUS saying that some American troops would remain in the area to “guard oil” from Daesh terrorists.

Trump defended the move by saying that the goal was to provide the Kurds with some “cash flow”. Pentagon chief Mark Esper, in turn, said that US troops’ mission was to “deny” the oil to Daesh and “other actors in the region”.

Russia Slams US For Keeping Troops at Syrian Oil Fields

Russia, for its part, has repeatedly criticised Washington’s decision to keep its troops stationed at major oil fields in Syria’s east and northeast instead of pulling out, calling it “illegitimate” and “destructive” for the country.

Moscow insists that these areas should be controlled by the country’s government in Damascus, while Syrian President Bashar Assad, in turn, argued that Washington was simply stealing Syria’s crude reserves.

In late October, the Russian Defence Ministry reported on a major oil smuggling operation being carried out by “leading American corporations” in coordination with private military contractors, US special forces and air power.