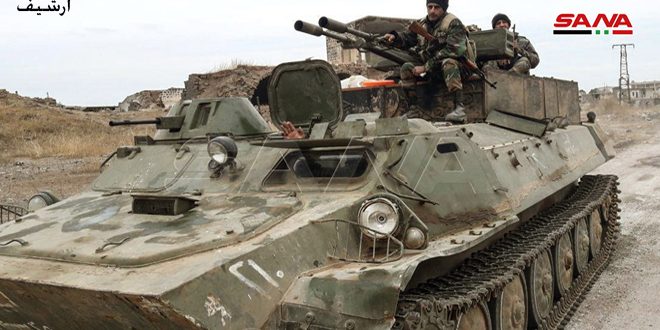 Syrian Arab Army units operating in the eastern countryside of Idleb thwarted an attack by Jabhat al-Nusra terrorists on army positions in the surroundings of Aajaz town.

SANA’s reporter said on Friday that violent clashes took place between army units and terrorists from al-Nusra and groups affiliated with the terror organizations, who had used tanks and heavy vehicles in an attack on a military position in the direction of Aajaz town in the eastern countryside of Idleb.

The reporter said army units operating in the area thwarted the attack and prevented the terrorists from achieving any breach towards military positions, destroying two of the terrorists’ vehicles along with other vehicles.