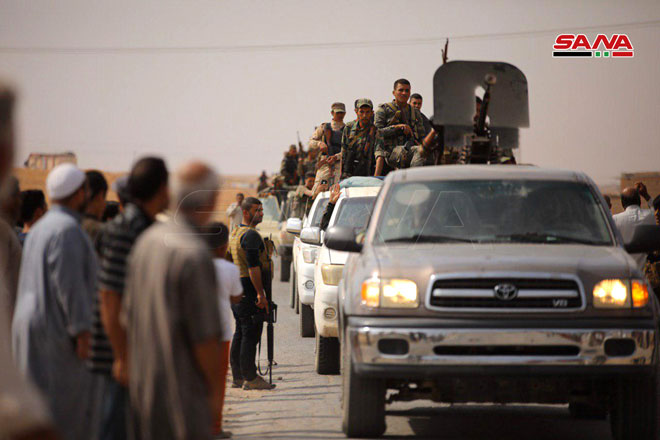 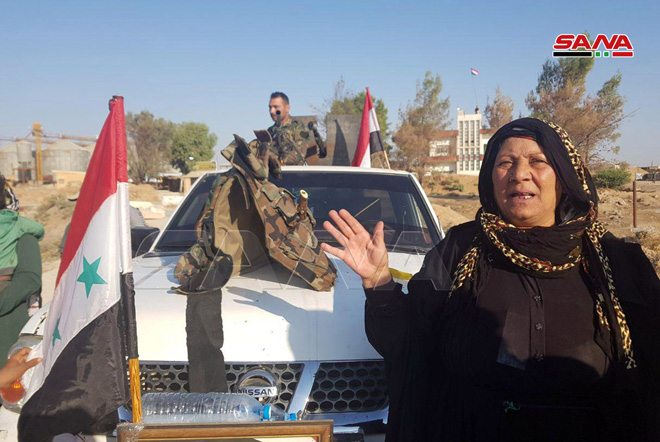 Earlier, the Syrian Arab Army entered a large number of villages and towns in the southern, southwestern and northern countryside of Raqqa, al-Tabqa city and its countryside and al-Tabqa military airport, SANA reporter said. 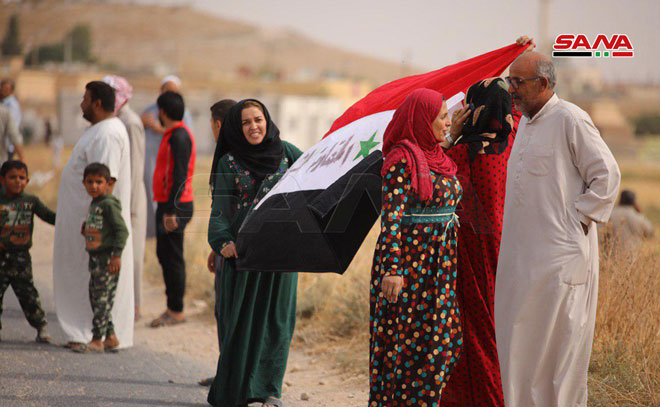 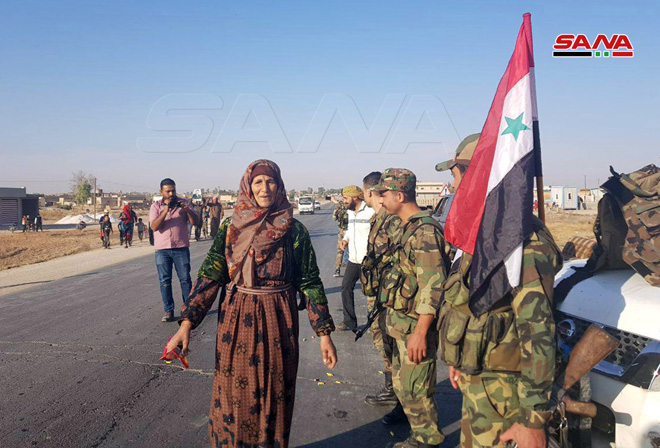 Units of the army also entered Tal Tamr town in the northwestern Hasaka to face the Turkish aggression amid the welcome of people. 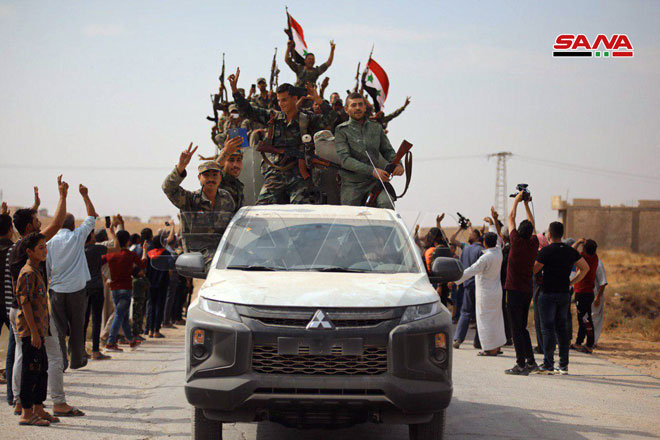 The reporter added that upon arrival of the army units to Ayn Issa in Raqqa northern countryside, people gathered at the town entrance to welcome them. 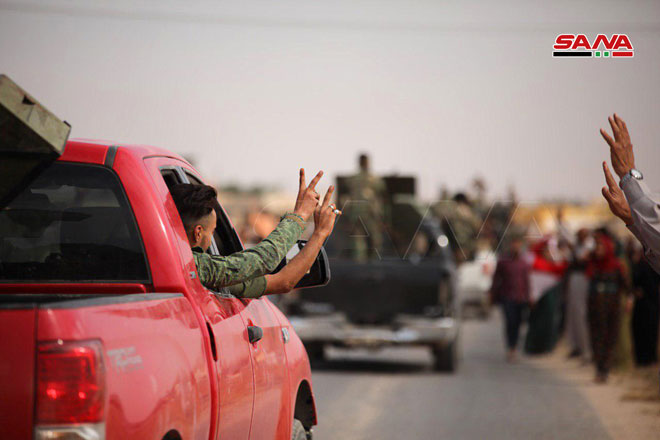 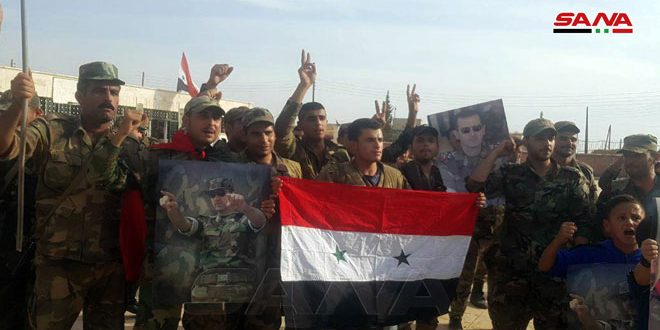 Syrian Arab Army units completed their deployment in the city of Manbej and its surroundings in Aleppo province’s northeastern countryside, where they were welcomed by the locals.

SANA’s correspondent said locals gathered in the city center, carrying Syrian flags and cheering for the army which came to defend the city and its people from the Turkish aggression, but militants from QSD (SDF) opened fire on the locals to disperse them.

Kurds Fully Hand Over Manbij to Syrian Army, Damascus Troops Seize Region Near US Base

TEHRAN (FNA)- The Syrian Army has fully reclaimed the Northeastern city of Manbij in Aleppo province and nearby settlements, amid the ongoing Turkish-led operation against Kurdish militias, which control several towns and villages in the border area.

Syrian government troops have now taken full control of Manbij, the Russian Defense Ministry announced on Tuesday, hours after the government of President Bashar al-Assad stroke a deal with the Kurdish militias.

The Russian Defense Ministry also informed that American troops had abandoned two of their bases in Syria and left in the direction of the Iraqi border.

“Servicemen of the US Armed Forces have abandoned their bases in the area of Dadat, Northwest of Manbij, and Umm Miyal, leaving for the border between Syria and Iraq. Currently, Dadat and Umm Miyal are held by the Syrian government forces,” the statement read.

The US-led coalition confirmed the report, saying its forces left Manbij on Tuesday, after the Syrian Army had entered the town.

American troops “are executing a deliberate withdrawal from Northeast Syria. We are out of Manbij”, Spokesman Col. Myles B. Caggins said in a tweet.

On Monday, the Pentagon announced the official withdrawal of American forces from the Northern part of the war-torn country

After apparently reaching a deal with the Kurds, the Syrian Army said it was moving in to secure the strategic border area. The Syrian government troops have reportedly entered several towns and villages in the middle of the Kurdish-controlled part of the country. The Syrian national flag has been hoisted over a number of state institutions, including schools in the cities of Hasaka and Qamishli.

The Syrian Army deployment would support the Kurdish fighters in countering the Ankara aggression and “liberating the areas that the Turkish Army and mercenaries had entered”, the Kurds said in a statement, adding it would also allow for the liberation of other Syrian cities occupied by the Turkish Army such as Afrin.

The mobilization of Syrian forces comes as Kurdish militias in Northern Syria face an incursion from neighboring Turkey. Ankara and its allied militants launched a cross-border military operation with the stated goal of creating a “safe zone” along the border.

It also came after US DefenSe Secretary Mark Esper declared that up to 1,000 American troops would be withdrawn from Northern Syria because of the increasing danger posed by the fighting.

The Kurds in Syria previously enjoyed the protection of the US allegedly in a campaign against the terrorist group, Islamic State of Iraq and the Levant (known as ISIL, ISIS or Daesh). The protection, however, was de facto withdrawn days ago by President Donald Trump, who pulled out American troops that had previously been embedded with the militias.