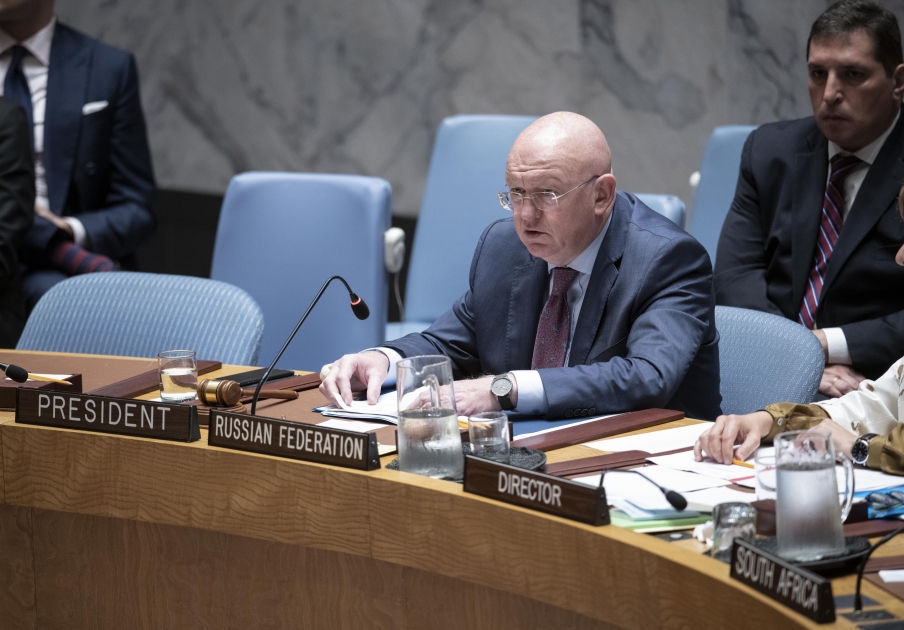 We present our draft resolution on Idlib as part of the effort to address the humanitarian situation in that part of Syria.

Unlike another draft, the reasons for which I have already mentioned, our text is characterized solely by its humanitarian dimension, without politicized or contentious passages. It provides for the maintenance of the established cessation of hostilities, the continuation of the fight against terrorists and the provision of humanitarian access to Idlib.

The U.S. representative, speaking in explanation of vote on the resolution, said that the Council could not agree on a ceasefire. We do not need to agree on a ceasefire – it has been in place in Idlib since 31 August 2019. The irony is that the first one to violate this regime was the U.S. air force, which attacked targets in Idlib on the very day the cease-fire began on August 31. We were also called upon to stop the brutal attacks in Syria. I think the U.S. should have addressed these calls to itself. We remember well how the U.S. Air Force fought terrorists in Iraq, Mosul and elsewhere. We remember how they respected international humanitarian law there. Our aerospace forces do not sweep entire cities off the face of the earth, but only strike at proven and double-checked targets where terrorists are, while avoiding any attacks that could harm civilians.

It is unlikely that any member of the Security Council could oppose any of those paragraphs of our resolution. We have an opportunity today to reach agreement on the humanitarian situation in Syria. And if there are any such objections, it would be very interesting for us and the international community to hear them.

In voting on the Russian draft, we call on our colleagues to proceed from the following. The armed confrontation phase of the Syrian crisis is over. The forces truly interested in a political settlement have joined the process. A great deal has already been accomplished. We should support these targeted efforts, including those of the United Nations, and not use the humanitarian aspects for political purposes. The only ones who continue the war in pursuit of the goal of destroying the Syrian State and causing suffering to the civilian population are terrorists. Attempts to cover for them or to portray them as deradicalized opposition are unacceptable.

In doing so, as our draft resolution envisages, the international community must take steps to improve the humanitarian situation in Idlib.

We look forward to a constructive approach by Council members and support for our project.