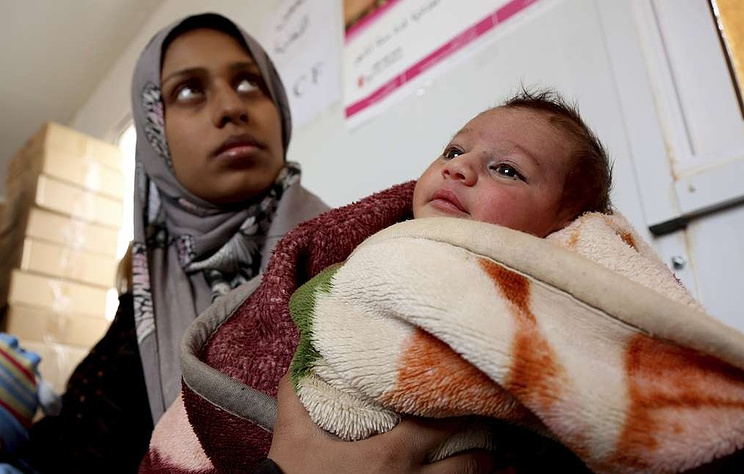 MOSCOW, March 10. /TASS/. Russia and Syria are calling on the world community to realize the truth about the situation at the Ruban refugee camp, the heads of the Russian and Syrian inter-agency coordination headquarters, Mikhail Mizintsev and Hussein Makhlouf, said in a joint statement.

“Based on the principles of humanism, confirmed by certain actions rather than words, once again we are calling on the international community to open its eyes to the real situation at the Rukban camp, and not to fall for US pledges on taking care about Syrians, but to trust only facts and real actions,” the statement said.

According to the Russian and Syrian representatives, the refugees at the Rukban camp are facing poor sanitary conditions, diseases, cold and hunger.

Russia and Syria have repeatedly complained about Washington’s hypocrisy, which is declaring its commitment to the generally recognized humanitarian values, but is taking no steps to fulfill it.

“The situation in the camp remains disastrous, its residents have to survive in the most difficult conditions, facing militant violence on a daily basis. Children are the ones who suffer the most. Given the lack of food and medical care, as well as dire sanitary condition and the spread of infectious diseases, nursing babies have little chance to survive. According to the family members of people living in the camp, most of those who die in Rukban every day are children under the age of two,” the statement reads.

According to Russian and Syrian representatives, Syrian nationals have been held in the camp for 1,773 days and while the United States demands Damascus create ideal conditions for temporary displaced persons, it may happen so that soon there will be no one to rescue.

“We once again call on the US to take steps to dismantle the Rukban camp and ensure the safety of those refugees who wish to return to their places of permanent residence, and leave the illegally occupied areas of Syria,” the statement says.

Mizintsev and Makhlouf also welcomed the Jordanian government’s determination to provide comprehensive assistance to Syrians residing in Jordan in returning to their home country. “We expect that our Jordanian colleagues will continue participating in the implementation of initiatives concerning the return of Syrian refugees and the dismantling of the camp,” the document notes.

The Rukban refugee camp emerged on the Syrian-Jordanian border in 2014 after Amman closed its border due to security and economic concerns. The area, which is controlled by illegal armed groups, is facing a severe humanitarian crisis.

On March 5, the Russian Defense Ministry said that a cemetery with 300 fresh graves had been found near the camp. According to the ministry, the camp has lost its status to have been turned into a “reservation where hostages are held by force.” The Russian Defense Ministry said most of the shelters in the camp were unlivable in wintertime, the sanitary conditions were appalling and food and other goods could be purchased only at improvised outdoor bazaars controlled by the militants.